Despite the prominence and importance of agriculture to the Midwest, newspapers in the region do a poor job covering the industry. A recent study revealed dwindling staffs and the increasingly technical nature of agriculture are cited as reasons for the low level of rural coverage on farming. 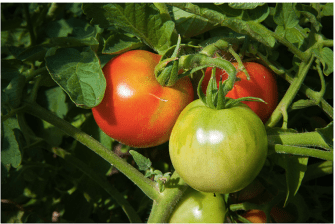 The most frequent farm topic was agriculture commodity stock and price information. One fourth of the articles were market related. Articles that were most prominent were those that featured photos of storm or flood damage. Farm and harvest festivals were the second most prominent articles, again due to the number of photos. Prominence was measured based on the total number of square inches given to a particular article.

When compared to general front page news content, agriculture as a topic was seventh out of 10 topics in frequency and prominence. Local government and crime made up 30 percent of front page coverage. Articles about major national or global events, such as the death of Osama bin Laden, were the most prominent.

Editors from the newspapers in the study cited several reasons for the low level of coverage. Many stated newspapers simply no longer have adequate staff to cover topics that are not core to their readers. City and county government, as well of local school events, were topics that took precedence over other news. Staff reduction was usually the result of newspaper consolidation which occurred when newspapers were purchased by larger media corporations.

The scientific nature of agriculture was also cited as a reason for low coverage. Editors stated the average reporter is not able to adequately cover the topic due to unfamiliarity with new agriculture practices.

The study questioned the attitude of the newspaper editors towards agriculture news. The editors stated providing locally written news about local events was a priority, yet they fail to cover a major industry in their community.