Silky Shark was a beautiful animal and a successful race horse.

Over the course of his career he earned over $100,000 for his Kentucky owner.

But Silky Shark ended up as meat on someone’s plate – most probably somewhere in Europe. 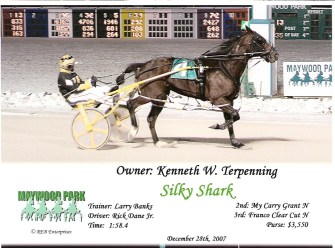 But they’re not slaughtered in the U.S. We closed down slaughterhouses nine years ago. Instead we export our “unwanted horses” live to Canada and Mexico where they’re processed and shipped on, mostly to the European Union and also to Japan.

But now the European Union is beginning to have second thoughts. And for good reason. Many American horses are given drugs. Drugs human beings should never consume. And there’s evidence that some of those horses – like Silky Shark – are slipping through inspection cracks in Canada and making their way, along with their toxic drug residue, into the European market.

In this Latitude News investigation, Jack Rodolico follows the trail taken by Silky Shark from Kentucky to Canada and across the Atlantic to tell the little known story of the “horse slaughter pipeline” and to ask what it will mean for the U.S. if the EU decides to crack down and suspend imports from Canadian and Mexican slaughterhouses where the majority of animals killed are American in origin.

How can we regulate drug use in horses? Do we have a moral responsibility to do so? And what could and should we be doing with our “unwanted horses”?

Read more about “The shady trade in American horsemeat" at Latitude News.