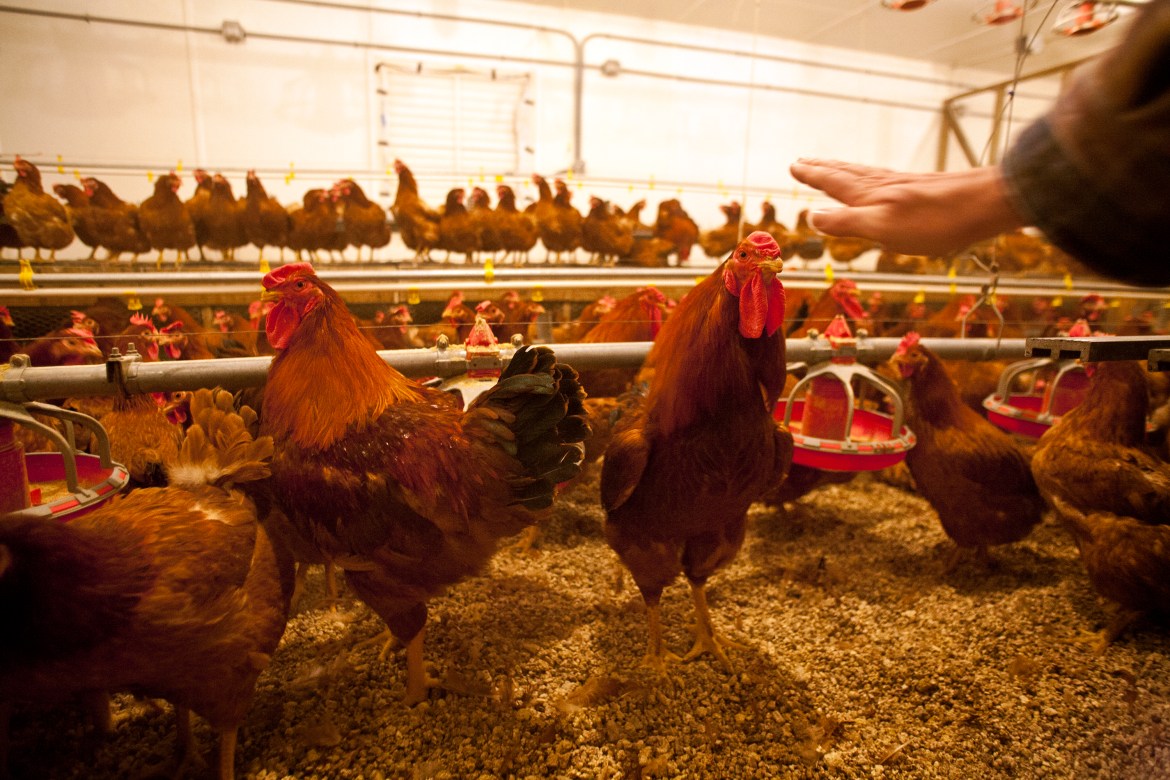 Bird flu has spread across more than a dozen U.S. states,

The Federal Food Safety System has come under criticism once again under the US Government Accountability Office’s High Risk List for its confusing nature and overlapping responsibilities among federal agencies.

The issues were raised in the most recently released High Risk List in February.

According to Alfredo Gomez, the director of the Government Accountability Office, the list is “essentially a collection of issues that we’ve identified in our work that are vulnerable to fraud, waste and abuse, and also we’ve identified a need for transformation,” he said.

Federal oversight of food safety is high-risk because of the fragmented nature of the US food system. Multiple agencies have separate and overlapping roles and responsibilities in food production, sometimes leading to gaps in coordination and oversight.

This is the seventh year that it’s been on the list.

“What we’ve been calling for since 2007 is for a government-wide plan on food safety,” said Gomez. “But that still hasn’t happened.”

A 2010 Salmonella outbreak in eggs from Iowa is an example of both producer responsibility as well as food safety fragmentation. Under the Federal Meat Inspection Act, the USDA regulates meat, poultry and egg products, as well as slaughtering and processing. The FDA has jurisdiction over any food containing less than two percent of meat, poultry or eggs, and also oversees live animals.

Newly added to the GAO’s High Risk List this year is Fiscal Exposure due to climate change risks.

“Part of the reason why crop insurance has gone up is because of these huge droughts and extreme weather events that, according to experts, are going to become more common” due to climate change, Gomez said.

“One of the things that GAO has noted recently is the Federal Crop Insurance Corporation had done little to develop the kind of information that’s needed to understand their long-term exposure to climate change, and had not analyzed potential impacts in the increase of frequency or severity of weather events on their operations.

“What we’re saying then is telling specific agencies, ‘hey, you need to better prepare in your operations and your plan.’”

The GAO recommends a comprehensive, government-wide performance plan that is results-oriented in correcting fragmentation and monitoring food safety progress. In addition to this plan, the GAO has brought up the possibility of reorganizing the US food safety system to become more like the European Union’s.

“We actually asked Congress to consider commissioning a blue-ribbon group of some type to look at alternative organizational structures,” Gomez said. “If we’re going to remain separate, [there’s] the importance of coordination and working together.”

But Dr. Doug Powell, who is considered an expert and is a professor of food safety at Kansas State University, doesn’t see this multiple-agency system as a problem. Whether a food system has multiple overlapping agencies or one, he said, doesn’t make a difference.

What matters is accountability and transparency in food production, Powell said.

“Agencies hold each other accountable,” Powell said. “The key point is that food safety is the primary responsibility of farmers, producers, manufacturers, retailers and restaurants that are out there. The government is there to assure a minimum standard.”

The Food and Drug Administration participates in the Food Safety Working group, which looks at how to upgrade the US food safety system and improve coordination, said Shelly Burgess, a spokesperson for the FDA.

Additionally, Congress passed the Food Safety Modernization Act in 2011, which gave more authority to the Food and Drug Administration to prevent contamination.

However, the legislation only applies to the FDA and does not address the entire food safety system. According to the GAO report, “because FSMA is not yet fully implemented and a number of the regulations required under the law are still under development or review, it is too early to understand in depth the impact of the law on federal oversight of food safety.”

“They’re talking about an outbreak and having some sort of central control, sure. But there are already agreements between the agencies,” Powell said. “It’s confusing sometimes, which agency is the lead. But the bottom line isn’t about government. It’s about producers.”

The GAO report listed three trends that are currently contributing to food safety challenges: the increasing amounts of food imported into the US, growing consumer preference for raw and minimally processed foods, and growing segments of the population that are susceptible to food-borne illnesses.

“It needs to be public so it’s there,” he said. “And right now none of it’s public. That’s how we hold them accountable.”

“Until consumers can vote on their pocket book, nothing will change.”