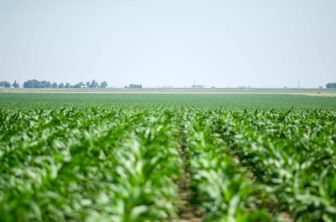 Prevented planting compensates farmers when they're unable to plant an insured crop due to weather. The Risk Management Agency set prevented planting for corn at 60 percent of the producer's guarantee.

As a result, the Risk Management Agency – the government organization responsible for administering crop insurance programs – has conditioned farmers to regularly seek prevented planting claims, even when they could possibly try to recover losses without such assistance.

From 2008 through 2011, crop insurance programs paid agriculture producers a total of $29 billion, according to the report.

Nearly $5 billion of that total was from prevented planting claims alone, which compensate agriculture producers when they’re prevented from planting an insured crop because of uncontrollable factors such as excess moisture or drought.

The audit found that the Risk Management Agency had overpaid producers about $481 million, which happened because of a correction to an initial underpayment.

The report also determined that at least another $43 million was given to producers who might not have qualified for prevented planting coverage in the first place.

In 1996, an economic study concluded that the Risk Management Agency provided coverage that was less than what producers actually needed to cover the average costs of pre-planting operations. In response to the 1996 report, the agency set higher coverage levels in 1998.

Out of concern that coverage levels weren’t high enough to protect agriculture producers, the agency overcompensated and set the levels too high, auditors found.

For example, the economic study suggested that The Risk Management Agency set prevented planting levels for cotton at 35 percent of a producer’s guarantee.

Instead, the agency decided to set it at 45 percent.

For cotton and corn, those are increases above the suggested rates by 10 percent and 14 percent respectively.

Officials from the agency said they disagree with the Inspector General’s findings.

In a letter to the Office of Inspector General, Michael Hand – an audit liaison official for agency – said, “[The Risk Management Agency] does not believe the coverage levels are excessive on average and reflect increased producer costs before planting a crop.”

To file a claim for prevented planting, producers notify their Risk-Management-Agency-approved insurance provider that they were unable to plant because of natural disasters or weather.

Then, insurance providers determine just how much money the producers are qualified to receive.

Once the producers receive that figure, they can either leave their affected fields unplanted or try planting again.

If producers choose to leave their fields unplanted, they receive the full prevented-planting payment from their insurance provider, and there is no effect to the producer’s “actual production history” – which is the record used as the basis for crop insurance calculations.

Actual production history is an important record for a producer because it directly affects the insurance premium a producer pays in the future.

Choosing this option makes it seem as if the failed attempt at planting never happened. Consequently, producers’ premiums don’t spike. 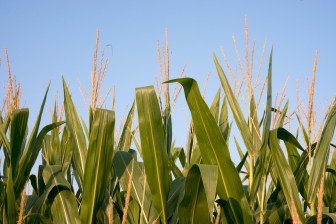 If producers choose to try planting a second crop, they won’t receive the full insurance payment and their production record takes a hard hit. As a result, they have to pay increased premiums in the future. The failed planting also goes on record and a producer’s production appeal drops.

Because of this policy, producers are pressured to leave their fields bare.

According to the report, the “current policy has contributed to producers historically claiming prevented planting and not planting a second crop nearly 100 percent of the time.”

“One of USDA’s goals is to promote agriculture production to increase food security,” auditors said. “However, we believe prevented planting policy, as currently, structured, has created a disincentive to planting a second crop and, thus, indirectly penalizes those that do plant.”

Congress originally established the strict consequences of planting a second crop as a way to thwart producers trying to abuse prevented planting.

To be eligible for prevented planting coverage, a producer must operate in an area that has “normal” weather and conditions. Producers that farm in annually too wet or too dry areas aren’t eligible for coverage because they would need it every year.

Approved insurance providers are tasked with enforcing this requirement.

But, according to the Inspector General report, they aren’t.

During the audit, the Inspector General sampled 192 prevented planting claims to review producer eligibility. Not one of the sampled files contained adequate support to conclusively demonstrate that a producer’s acres are normally available for planting.

One reason for the problem is due to the lack of a clear definition of “normal” weather and conditions, said the report. Without a definition of normal weather, insurance providers don’t have a standard for determining whether a producer should be eligible or not.

According to the report, approved crop insurance providers received $38.3 billion in total premiums through those same years. Producers paid about $15 billion in premiums, while the government subsidized the remaining $23.3 billion.