Beginning in June 2012, drug task force agents tracked 78 occasions when people who had recently purchased pseudoephedrine arrived at Tena Logan's residence in Loxa, Ill., according to a written statement by FBI task force officer Scott Standerfer, in the case against Logan.

A single gram of meth is often enough to keep an addict satisfied for a day, according to agents from the Illinois State Police's Zone 5 Meth Response Team.

The actual amount of meth that could have been produced varies.

In December 2012, Logan, her husband Paul "Bear" Logan and four others were indicted for running a meth ring out of their Coles County residence at 6790 Stockton Road in Loxa.

Court files showed that 15 different people purchased pseudoephedrine during those 78 occasions between June and December 2012.

In 60 of the 78 occasions, the person who made the purchase arrived at the Logan residence within an hour of buying the pseudoephedrine, including the afternoon of Thanksgiving Day.

On March 7, 2013, Logan pleaded guilty to both conspiring to manufacture 50 grams or more of meth and possessing it with intent to distribute.

She was then sentenced to 15 years in prison on June 28. Logan is currently being held in the Federal Medical Center in Lexington, Ky.

Her husband and the four others allegedly involved with the conspiracy — Tammy Britt, Fred Leonard, Robert Jeffrey Leonard and Floyd Curtner — await sentencing.

Although no evidence exists for Paul Logan ever purchasing pseudoephedrine during the time of the conspiracy, he has pleaded guilty to the same charges as his wife. He and Robert Jeffrey Leonard were scheduled for sentencing this month. 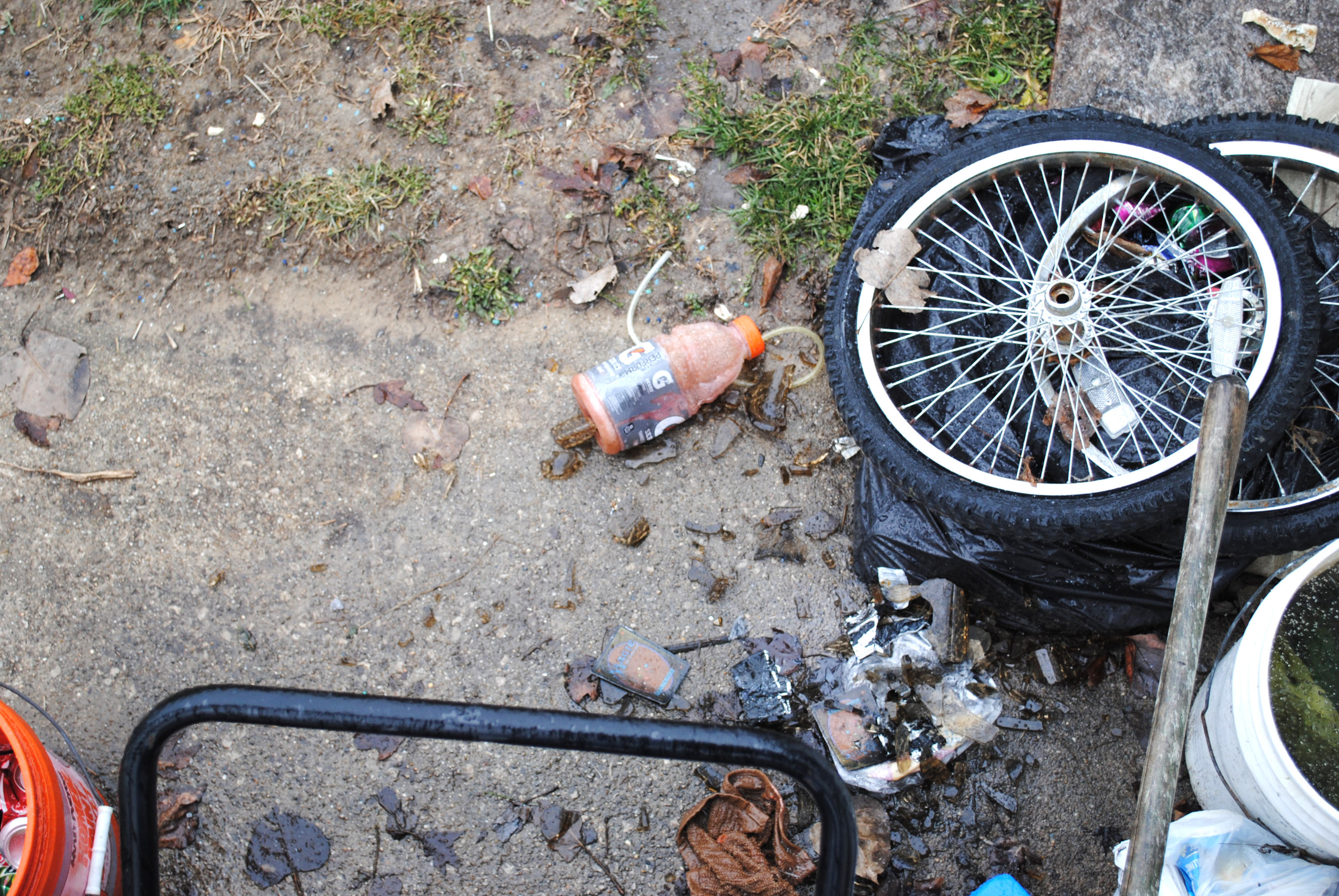 Some meth lab equipment may just look like regular trash littering the ground. 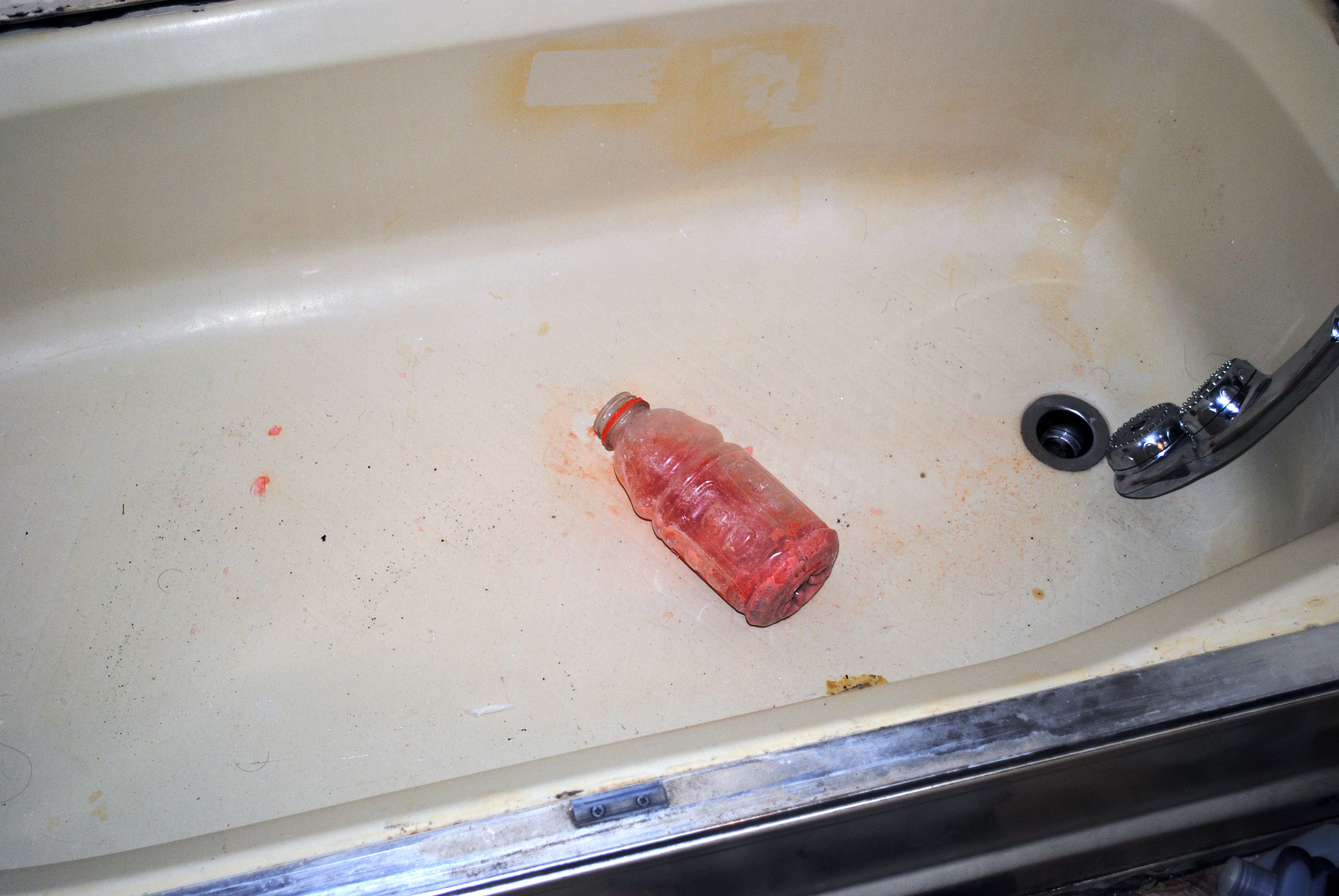 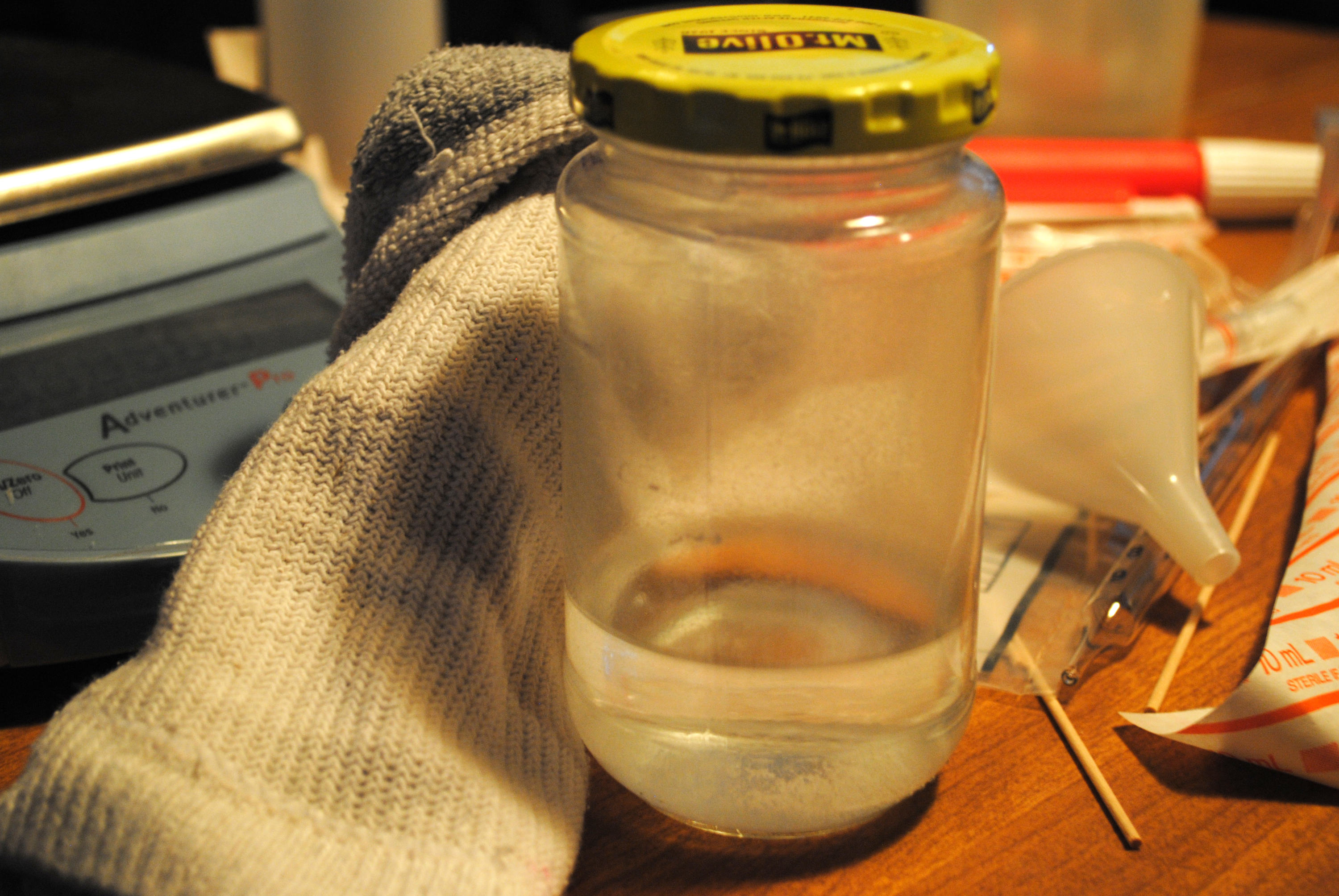 Cleaning up after a lab is seized does not necessarily mean making the facility, residence or car safe for people to enter. Authorities only collect evidence and remove the materials and chemicals. The rest of the mess and contamination are left to private contractors at the owner's expense, should the owner choose to hire them. 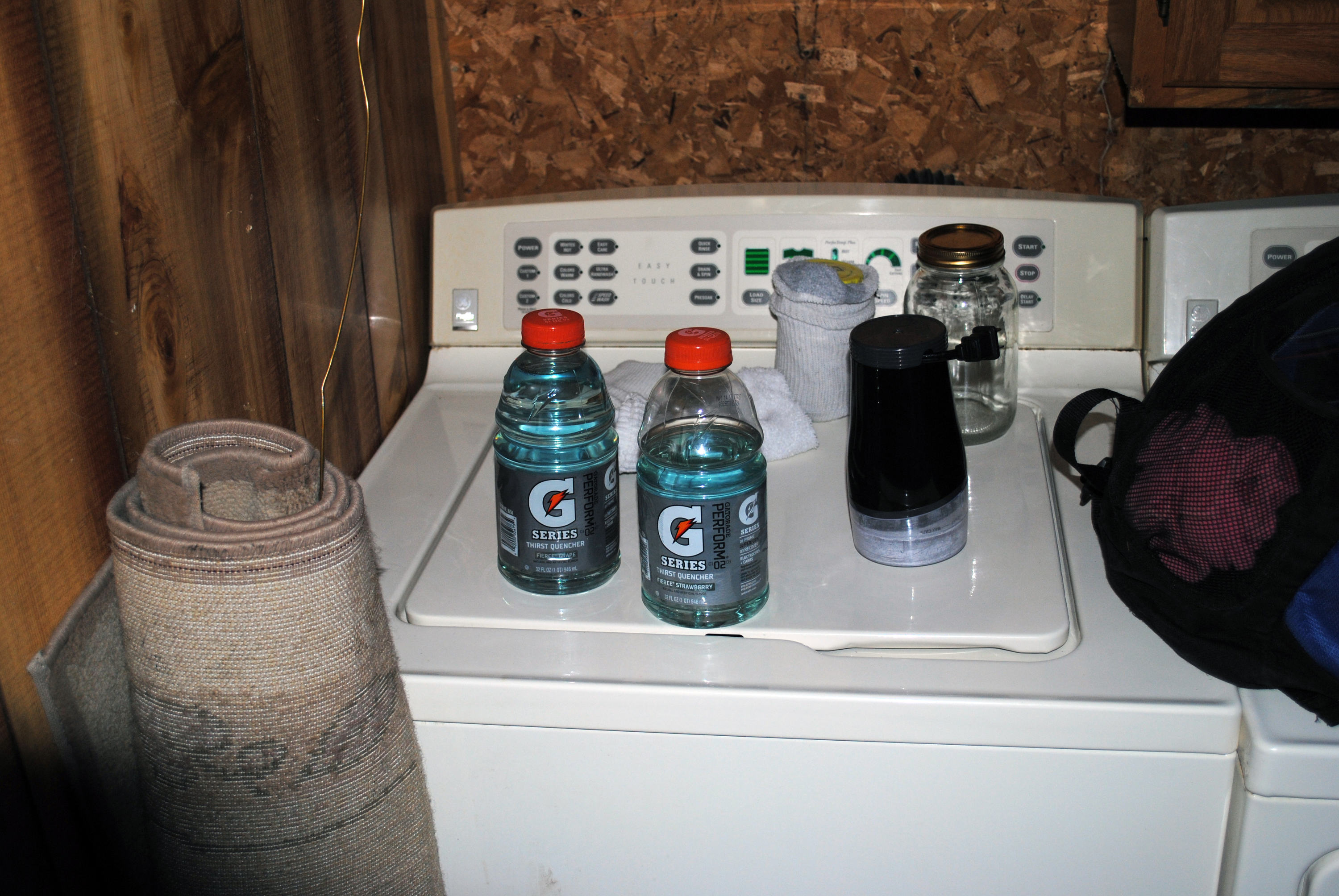 One method for creating meth in known as the "shake and bake" method, where producers use cheap plastic bottles to form the meth. 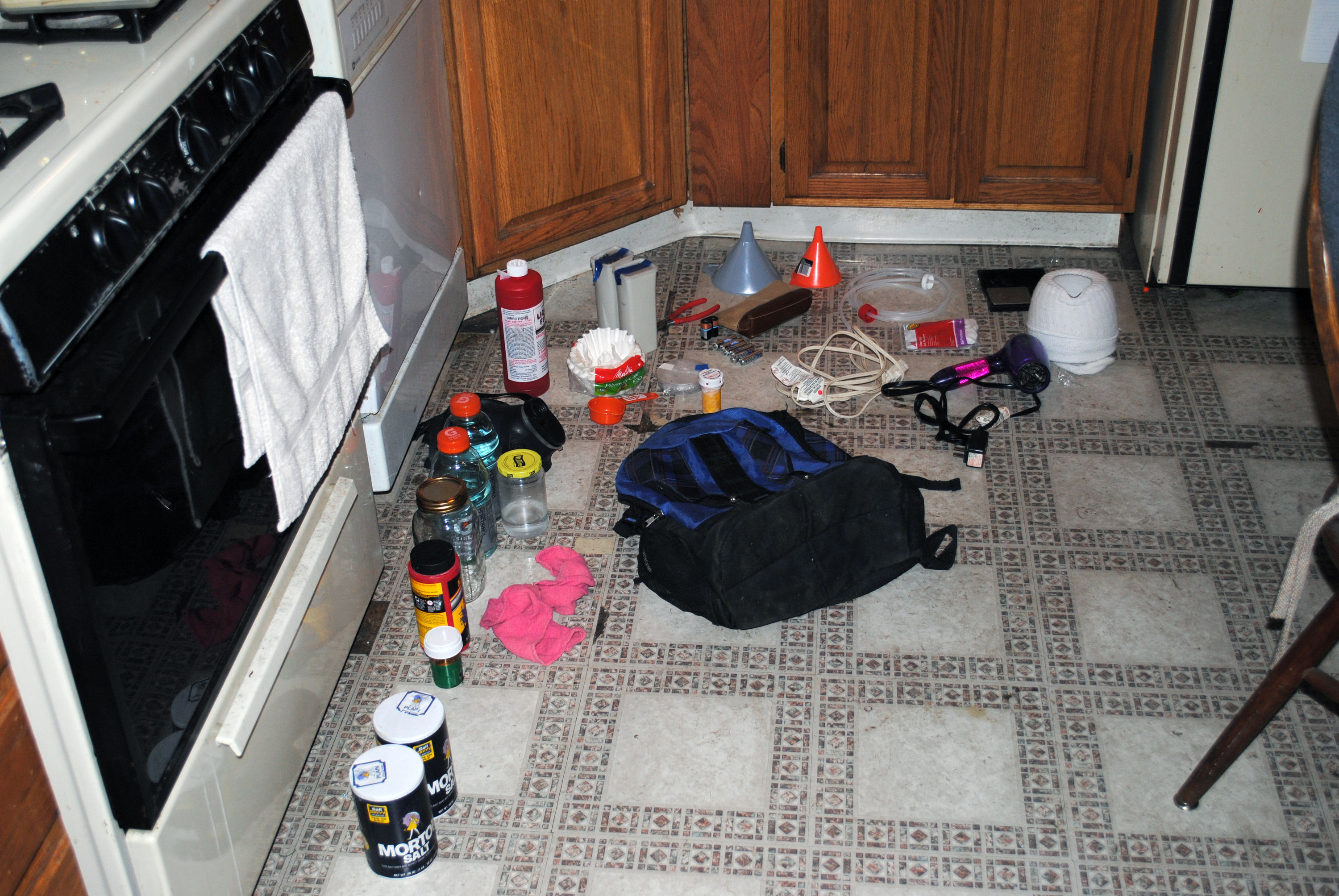 In recent years, meth labs have gotten smaller to the point where they now often fit inside a regular backpack. 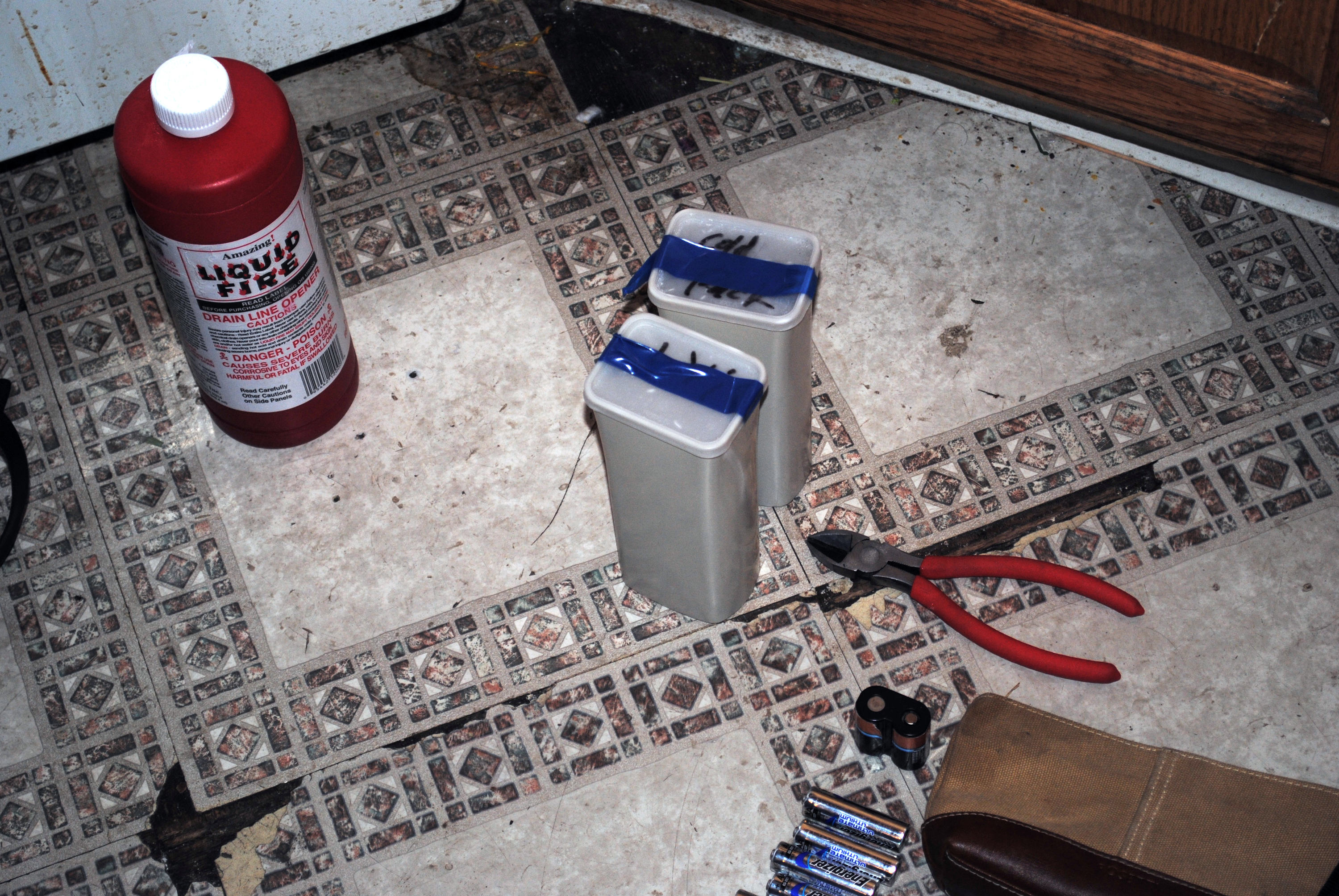