The Food Safety and Inspection Service announced on Jan. 10 that a Tyson Foods establishment in Missouri recalled about 34,000 pounds of mechanically separated chicken for “institutional use” because of a Salmonella contamination.

The company shipped the recalled chicken nationwide, and one of the institutions that received it was a Tennessee correctional facility, according to a news release on the recall.

The news release stated that food safety officials working with the Tennessee Department of Health investigated a recent cluster of illnesses at the correctional facility and found a link between case-patient sickness and the mechanically separated chicken products from Tyson Foods. The investigation determined that at least seven people got sick from eating the chicken between Nov. 29 and Dec. 5.

Two of those people had to be hospitalized.

The Food Safety and Inspection Service categorized the Tyson chicken recall as a “Class-I,” high-risk recall.

In another Food Safety and Inspection Service Class-I recall, the agency also announced that on Jan. 13 Rancho Feeding Corporation of California recalled more than 40,000 pounds of meat products because they never underwent a full federal inspection, “making them unfit for human food.”

The recalled Rancho meat was sold to distribution centers and retail stores in California.

“The problem was discovered as a result of an ongoing investigation,” read the release. “FSIS believes the company produced product without full ante-mortem inspection as per federal regulations.”

At the time of the announcement, nobody had yet reported an illness.

Undeclared allergens cause most food recalls

In addition to those two recalls, the Food Safety and Inspection Service and the Food and Drug Administration both announced that a handful of products were recalled in early January because of undeclared allergens and mislabeling, the most common causes behind food recalls.

Throughout the past three months, food safety records show that recalls because of undeclared allergens or mislabeling have accounted for half of the more than 50 total food-related recalls from both the Food and Drug Administration and the Food Safety and Inspection Service.

Recalls for other reasons, such as temperature abuse, spoilage or general insanitary conditions, accounted for at least another 10 recalls.

-  Cloverdale Foods Co. of North Dakota, which recalled more than 2,500 pounds of its Cloverdale Meats brand Seattle Mariners Beef Franks because of undeclared milk. The company sold the products mainly to retail stores in Montana, North Dakota and Washington.

- Paskesz Candy Company of New York, which recalled its Premium Belgian chocolate Coins in half-ounce bags because they also may contain undeclared milk. Food safety officials learned of the undeclared allergen after a mother reported that her child become sick after eating a chocolate coin, which were nationwide. 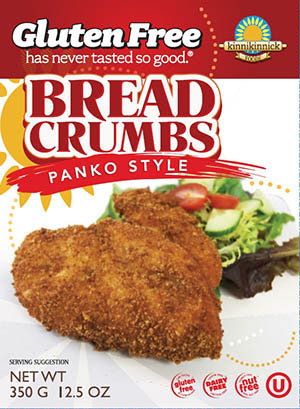 - L.M. Noodle Company of Colorado, which recalled its Marlyce’s Butterballs because the product may contain undeclared wheat flour, soy flour, whey and milk. The company sold the recalled butterballs to stores in Wyoming, Nebraska and Colorado.

- Tonia’s Biscotti II LLC of Arkansas, which recalled its Sampler Bags, Lemon Biscotti Dipped in White Chocolate Bags and individually wrapped biscotti of all flavors because the products may contain undeclared wheat, milk and soy. The company sold the products at retail stories, craft fairs and through mail in Alaska.

Food allergies in the United States are responsible for about 30,000 trips to emergency room and 2,000 hospitalizations annually, according to data from the Food and Drug Administration. About 150 people die from food allergies each year.