In a Green Bay hearing beginning Tuesday, a controversial attempt to expand a dairy farm set to become the fifth largest in Wisconsin will be challenged in a case that could have a far-reaching impact on how Wisconsin regulates industrial-size livestock farms.

Five neighbors of Kinnard Farms Inc. in northeastern Wisconsin are arguing that the state Department of Natural Resources should allow the farm to expand but tighten environmental protection by requiring surface and groundwater monitoring and limiting the number of cows.

“It’s a big test case for all of us,” said Bob Clarke, a founder of Friends of the Central Sands, an environmental advocacy group that is suing for water quality and quantity monitoring at Richfield Dairy, a large farm in Adams County. 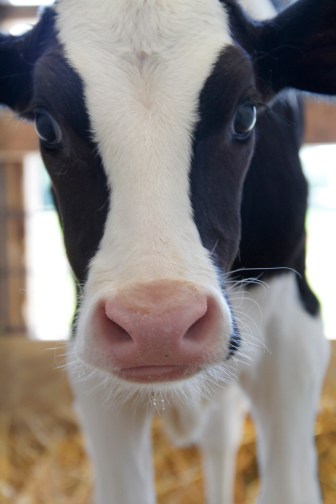 Since 2000, the number of Wisconsin dairy CAFOs has more than quadrupled and now stands at 222 facilities.

The DNR is defending its approval of the Kinnard Farms permit, which will allow the farm to grow by 55 percent — from 5,627 to 8,710 animal units, about 6,200 cattle. The farm, classified as a concentrated animal feeding operation, or CAFO, because of its large size, is located in Kewaunee County in the town of Lincoln.

Gretchen Wheat, the DNR engineer who led a review of the farm’s plans, said in written testimony that its design will be “among the most protective designs of any CAFO in the state.”

The petitioners contend that the permit’s standards are not explicit enough.

“Numeric limits are the only limits that are enforceable,” said Byron Shaw, an emeritus University of Wisconsin professor and soil and water expert, in written testimony for the petitioners.

The Kinnard and Richfield cases are among the first challenges to CAFO permits thus far, said Mary Anne Lowndes, the DNR’s runoff section chief. The DNR has never turned down a permit.

DNR officials said the two cases could help clarify the limits of the agency’s power to impose conditions on CAFOs.

The Kinnard outcome “could potentially change things for the future, if they find that our permitting process isn’t strong enough to protect the environment,” said Casey Jones, a DNR agricultural runoff specialist for northeastern Wisconsin.

The state requires CAFOs to apply for five-year permits. The farms submit plans to show how they will deal with manure — Kinnard proposes it will produce up to 70 million gallons a year — without polluting water. Other impacts such as dust, smell, traffic, road impacts or noise are not covered by the permit.

Both sides agree the case has worsened division among residents.

“We’ve reached out to some of the people who really have issues with the way we farm. It hasn’t been successful,” co-owner Lee Kinnard said.

“I think this case reflects the feelings and frustrations that people have had for a long time regarding permits that aren’t protective of the environment,” MEA staff attorney Sarah Williams said.

The state’s main dairy lobbying group, the Dairy Business Association, did not respond to a request for an interview.

Administrative law Judge Jeffrey Boldt will preside over the contested case hearing, in which each side presents witnesses for cross-examination and rebuttal, scheduled for Tuesday, Feb. 11 through Friday, Feb. 14. The public will be able to comment at 5:30 p.m. Wednesday.

As CAFOs multiply, so do worries

Since 2000, the number of Wisconsin dairy CAFOs has more than quadrupled and now stands at 222 facilities. About 30 more applications are pending, according to the DNR.

Kewaunee County, with 14 permitted dairy CAFOs, has some of the densest livestock farming in the state. At the same time, its landscape of thin soils over porous karst bedrock is particularly vulnerable to groundwater pollution.

Opponents of the Kinnard expansion say the state’s regulations and enforcement have been too weak to protect their water.

They provide pictures of manure-tainted water flooding houses, or runoff streaming across people’s properties. They mention Casco Creek, in other sections a blue-ribbon trout stream, now running brown instead of clear.

They point, also, to the town of Lincoln, where half the wells have tested unsafe for nitrates or bacteria and hormonal water has been found in some wells. The source of contamination is often unclear and can include leaky septic systems or bad well caps, but University of Wisconsin researchers have estimated that 90 percent of nitrate contamination comes from farms.

The farm has received three notices of noncompliance, the least serious level of offense, since 2010 for land spreading violations, as well as the 2010 notice of violation for its manure lagoon overflowing.

Kewaunee County conservationist Andy Wallande said the complaints about Kinnard may simply indicate the extra scrutiny it has received from neighbors.

Some wells, like neighbor and petitioner Lynda Cochart’s, have been found with the bacterium E. coli, which indicates human or animal waste.

“My granddaughter, I don’t even let her wash her hands in the water,” Cochart said. “I make her use boiled water — there’s always two kettles of boiled water on my stove.”

Kinnard declined to discuss details of the case, before the hearing, but said his third-generation farm was committed to protecting the environment. He himself lives in the front yard of his dairy, he said.

“Doing anything that would in any way jeopardize our community and our resources would be very self-destructive,” Kinnard said. “We love and we live in this local community. We take our responsibility very, very seriously.”

Kinnard said he believes the controversy stems from farmers failing to communicate their stewardship efforts.

Learn About Tableau
This project, part of Water Watch Wisconsin, was supported by The Joyce Foundation. The nonprofit Wisconsin Center for Investigative Journalism (www.WisconsinWatch.org) collaborates with Wisconsin Public Radio, Wisconsin Public Television, other news media and the UW-Madison School of Journalism and Mass Communication.
All works created, published, posted or disseminated by the Center do not necessarily reflect the views or opinions of UW-Madison or any of its affiliates.