A new trade deal aimed at cutting thousands of taxes and opening markets with 11 Pacific Rim nations has drawn heavy lobbying from some of America’s largest agribusinesses.

The deal – known as the Trans-Pacific Partnership – was reached in early October. It is designed to ease the flow of goods between partner nations by lowering restrictive trade policies and regulations.

The free trade agreement has been a work in progress for nearly a decade, growing from a small arrangement between four countries to a mega deal whose members make up roughly 40 percent of the world’s economy and include Japan, Mexico, Canada, Vietnam, Australia and Peru.

Privately held food giant Cargill has consistently lobbied on the Trans-Pacific Partnership throughout the past five years, lobbying records show.

“The Trans-Pacific Partnership, or commonly what is known as TPP, has been something that Cargill has supported from its very start,” said Devry Boughner Vorwerk, Cargill’s vice president of corporate affairs. “Being a Minnesota-based company, this is really important because our growth as an American company is based on our ability to grow outside of the United States.”

The deal, which has drawn heated criticism from both the political left and right, is the largest the United States has been a part of since the North American Free Trade Agreement in the 1990s.

In addition to Cargill and the American Farm Bureau Federation, Monsanto, the Biotechnology Industry Organization, Caterpillar, Dairy Farmers of America, the National Pork Producers Council, Louis Dreyfus Commodities, several state-level farm bureaus and a long list of other agribusiness powerhouses have all reported lobbying on the trade deal.

The full details of the Trans-Pacific Partnership were released Nov. 5. Now, the 30-chapter agreement will need to be reviewed and approved by each member country’s government.

Other Pacific Rim countries that are part of the deal include Chile, Malaysia, Singapore, New Zealand and Brunei.

U.S. Department of Agriculture data shows that global American food and agricultural exports reached a record $150 billion in 2014. Trans-Pacific Partnership countries accounted for 42 percent – about $63 billion – of that haul.

Click to view import and export data on TPP countries

The Trans-Pacific Partnership is a deal between 12 Pacific Rim nations. Click on the image to view import and export data.

“Agriculture is probably going to be the key beneficiary of [the deal], which a lot of people don’t know,” said Jim Raben, owner of J.R. Raben Farms and chairman of the Illinois Corn Marketing Board. “It’s been a long time coming.”

Cargill supports the trade deal because it will further open lucrative markets for U.S. farmers and livestock producers by leveling the playing field, Vorwerk said.

Under current trade policy, many of the deal’s partner nations place tariffs, types of crippling taxes, on American goods. Tariffs cause the price of goods to rise, in turn making them more expensive and unappealing to foreign shoppers.

The Trans-Pacific Partnership will cut or reduce about 18,000 tariffs overall, according to the Office of the Unites States Trade Representative.

“It’s a win-win,” Vorwerk said. “It’s a win for American agriculture, and it’s a win for those consumers who are having to pay so much out of pocket, so much of their income on food.”

“We were encouraging our negotiators to make good market-opening deals on that so we could export more easily into those countries and into those commodity markets,” said David Salmonsen, senior director of congressional relations for the American Farm Bureau Federation, an organization that has also consistently lobbied on the Trans-Pacific Partnership.

In addition to making markets more accessible in the countries, Salmonsen said the farm bureau sees opportunity in the fact the deal is an open one, meaning other countries can join in the future.

Colombia, Thailand, Indonesia, South Korea and other nations have expressed interest in eventually joining the deal.

“The fact that there’s going to be an overall TPP agreement for that entire region is good in and of itself,” Salmonsen said. “The part of TPP that is probably most interesting for the future is the fact that it’s an open agreement, meaning other countries can join.”

A central Illinois farmer harvests his crop as grain particles fly behind the tractor on Sept. 24, 2015. Besides the United States, Trans-Pacific Partnership countries include Japan, Mexico, Canada, Chile, Australia and six other countries.

A boon for business or bust for workers?

Despite high hopes for the deal, which would also create new rules on food safety and patent protection, opponents point out that trade agreements are two-way streets.

Raben – who is part of farming operations in Arkansas and Brazil – said U.S. farmers should not fear competition.

“In my opinion, we shouldn’t be worried because it’s probably going to happen anyway, with or without this trade deal,” Raben said. “Competition is out there, and it’s going to continue.”

But critics also argue that large trade deals such as the North American Free Trade Agreement hurt the U.S. economy by sending jobs outside its borders where labor is cheaper.

“I would urge your Congressman to look very closely at the entire deal and, in particular, to see how it’s going to affect jobs and wages,” said Robert Scott, director of trade and manufacturing policy research with the Economic Policy institute, a Washington D.C.-based think tank.

“I think what NAFTA has primarily done is hurt workers in the United States,” he said.

Although its full details were only recently released, several U.S. policymakers and presidential candidates have been criticizing the deal for months. The deal also has been a widely popular topic during primary debates.

“The Trans-Pacific Partnership is a disastrous trade agreement designed to protect the interests of the largest multinational corporations at the expense of workers, consumers, the environment and the foundation of American democracy,” said democratic presidential candidate and Vermont senator Bernie Sanders.

"After years of negotiating in secret for an enormous agreement guarded from the public under lock and key, the text of the TPP has at last been made public. Unfortunately, it appears to be as bad for America’s family farmers and ranchers as we had feared." - National Farmers Union President Roger Johnson 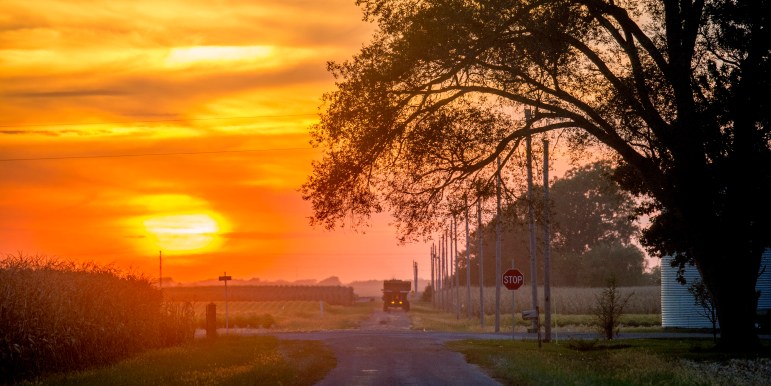 The deal’s fate is entirely tied to congressional support. Unlike past deals that could be amended by Congress, the Trans-Pacific Partnership must be passed without modification. That yes-or-no “fast-track authority” was narrowly added to the deal in June as part of a White House effort to speed up the negotiation process. The fast-track authority also prevents the Senate from filibustering deals. It lasts until 2018.

The fast-track authority exemplifies the political divisiveness surrounding the deal, as it passed by a mere 10-vote margin in the House.

Congress has 90 days from when the president said he’ll sign the deal to review it and consider public opinion, including input from Cargill, the American Farm Bureau Federation and other agriculture interest groups.

But it may be close to a year before the fate of the Trans-Pacific Partnership is ultimately decided.

“I know and understand that trade is a divisive issue across the United States of America, but one thing we need to understand as Americans is our ability to continue to compete is going to be based on our ability to access markets,” said Vorwerk. “Congress needs to become educated and needs to step up and pass this agreement for the betterment of the U.S. economy.”