A new government report found that the Environmental Protection Agency has been letting thousands of unproven, “conditionally registered” pesticides stay on the open market for years because of agency mismanagement.

As a result, environmental groups such as the National Resource Defense Council argued there could be thousands of potentially harmful pesticides being used that haven’t been fully evaluated or properly tested for safety.

“Six months after we released our report on EPA’s misuse of the conditional registration process to get pesticides to market, the Government Accountability Office, the investigative arm of Congress, confirmed what we found,” wrote Mae Wu, an attorney for National Resource Defense Council, in a blog post on her organization’s website. “EPA needs to improve its oversight of conditionally registered pesticides.”

One of the new report’s main concerns was that the Environmental Protection Agency does not have a reliable system for tracking pesticides throughout the entire registration process. Because of the current system, the report said information on pesticides can be misclassified or forgotten. For instance, thousands of pesticides have held a type of temporary, conditional registration status for two decades.

A developer is required to register new pesticides with the Environmental Protection Agency via an application with health information and data on possible environmental effects for agency review.

Then, the Environmental Protection Agency can do one of three things.

It can determine the information is sufficient, and that the pesticide won’t cause any serious problems to people or to nature. In this case, the pesticide receives an “unconditional registration” status and its developers do not have to perform any additional testing.

Or the agency can determine that the pesticide is dangerous and deny the developer’s application request.

Lastly, the agency can grant the developer a “conditional registration” status, which gives the developer temporary permission for up to four years to use the pesticide even though important health data are missing from its application.

This is where the big problems are.

In many cases, the developer never ends up supplying that missing data. And because the Environmental Protection Agency’s “methods fall short of what is needed,” it does nothing to ensure the timely submission of the missing data.

To resolve the pesticide registration problems, the report suggested that the Environmental Protection Agency invest in an automated system to better track whether requirements are being routinely met.

In the past, similar reports suggested similar solutions. Studies since the 1980s note problems with the way pesticide registrations are tracked.

“The EPA must do more to protect the American people from dangerous pesticides,” said Wu in a statement. “The agency’s database is so chaotic it doesn’t know how many pesticides have been rushed to the marketplace by overuse of the conditional registration process. It doesn’t keep track of toxicity data submitted by industry, or modifications for use of pesticides. EPA doesn’t even know if it’s looked at required date it has received.” 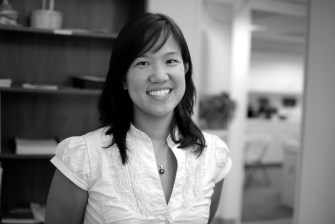 The National Resource Defense Council called for changes to the EPA's pesticide registration process. Mae Wu, an attorney with the organization, criticized the conditional registration status in a press release and in a blog post.

The Government Accountability Office conducted the report because environmental groups, such as Wu’s, recently charged that the Environmental Protection Agency overuses the conditional registration status.

However, the Government Accountability Office report also concluded that exact number is inaccurate. It said the Environmental Protection Agency does not know the actual number of conditionally registered pesticides because of “weaknesses in guidance and training, management oversight and data management.”

Pesticides are chemical or biological agents used to kill unwanted weeds, inspects, fungi, rodents, bacteria or other pests. Many argue that pesticides are essential in the modern agriculture industry, as they can significantly increase crop productivity by decreasing crop damage.

Pesticides are so prominent today that expenditures totaled almost $13 billion dollars in 2007, the most recent year with available data.

But when pesticides are used improperly or when their effects aren’t fully understood, they can devastate both human health and environmental well-being. The Government Accountability Office report said that exposure to some pesticides can increase a worker’s risk of getting cancer. Too much pesticide residue on foods can cause neurological disorders. Animals that come into contact with certain pesticides can die or develop reproductive abnormalities.

The Government Accountability Office is the investigative arm of Congress responsible for evaluating federal programs. Its investigation lasted from September 2011 to August 2013.

While many pesticides are developed to protect crops from insects and other pests, they also include chemicals used to control the growth of plants and substances used to make harvesting easier. Here are some specific types of pesticides and their uses, according to the Environmental Protection Agency.

Defoliants: These are used to facilitate harvesting by causing leaves or other foliage to drop from a plant.

Plant growth regulators: These are substances – excluding fertilizers and other plant nutrients – that affect the different stages of a plant’s life. They can alter the expected growth of a plant, a plant’s flowering rate or a plant’s reproductive capability.

Molluscicides: These are used to kill snails and slugs.

Biocides: These are used to kill microorganisms.