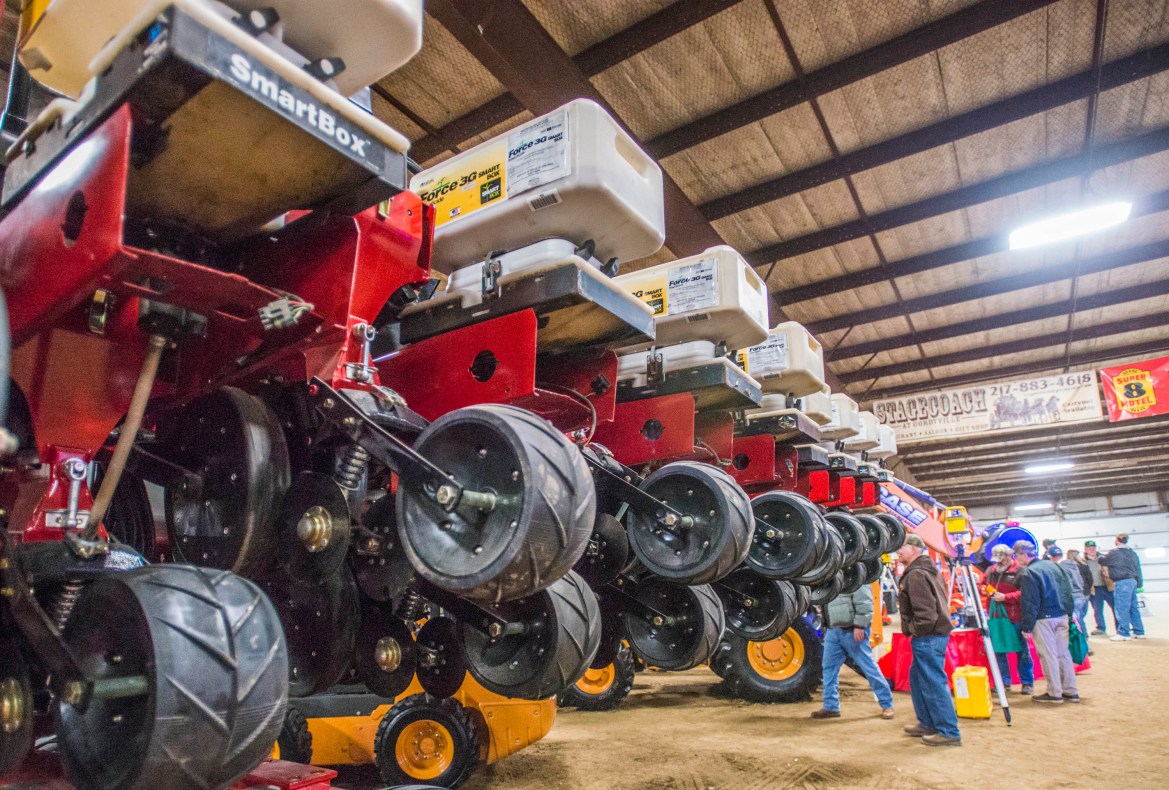 Machinery on display at the Midwest Ag Expo in Gifford, Ill., on Jan. 30, 2014. Many farmers throughout the United States were concerned a Syngenta-Monsanto merger would create too little diversity in the agriculture industry.

Syngenta announced on Thursday that it would sell part of its business and buy back shares in order to comfort shareholders who may have felt disappointed after Monsanto’s months’ long takeover bid fell apart.

A survey of former and current Syngenta shareholders by Sanford C. Bernstein & Company had found overwhelming support for efforts to seek a better offer from Monsanto. The average acceptable price per share for these investors was 473 Swiss francs, or $490 — only slightly more than the amount offered in Monsanto’s most recent bid, according to the survey.

Monsanto’s most recent bid came in at about $47 billion.

Also as part of its effort to reestablish value, the Swiss chemical company is looking to sell off its global vegetables seeds business, which is expected to “attract significant third-party interest.”

“By demonstrating and unlocking the inherent worth of our leading global seeds portfolio, we can create significant additional value,” said Syngenta CEO Mike Mack in a company statement.