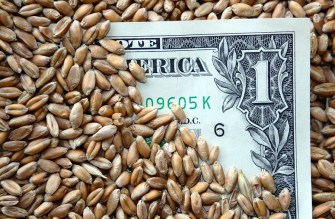 Hundreds of companies and outside groups lobbied the 2014 Farm Bill and related issues during the drafting process.

More than 16 million more people are using the food stamp program today than before the Great Recession, and the program’s cost has about doubled in the past eight years — from $37.6 billion in 2008 to a projected cost of about $70 billion a year for the next decade.

Those numbers have House Republicans looking at a possible overhaul of the Supplemental Nutritional Assistance Program, detailed in the report “Past, Present, & Future of SNAP” released Wednesday by the House Committee on Agriculture.

“Enrollment in SNAP often lags the economy, as it takes time for changes to work
through from businesses to individuals, ultimately resulting in the need for food
assistance,” the report reads.

The 66-page report is made up of the findings from the testimony of 60 witnesses in 16 hearings held by the committee over the past two years.

The program makes up 79 percent of the federal Farm Bill spending, and the incoming Congress is likely to approve the next farm in 2018.

Speaker of the House Paul Ryan (R — Wisc.) has made his intentions to reform entitlement programs clear, and this report shows several ways that could happen in the SNAP program.

“You will find nothing in this report that suggests gutting SNAP or getting rid of a program that does so much to serve so many. What you will find are a number of ways the program is working successfully and a number of areas in need of improvement,” he wrote in the report.