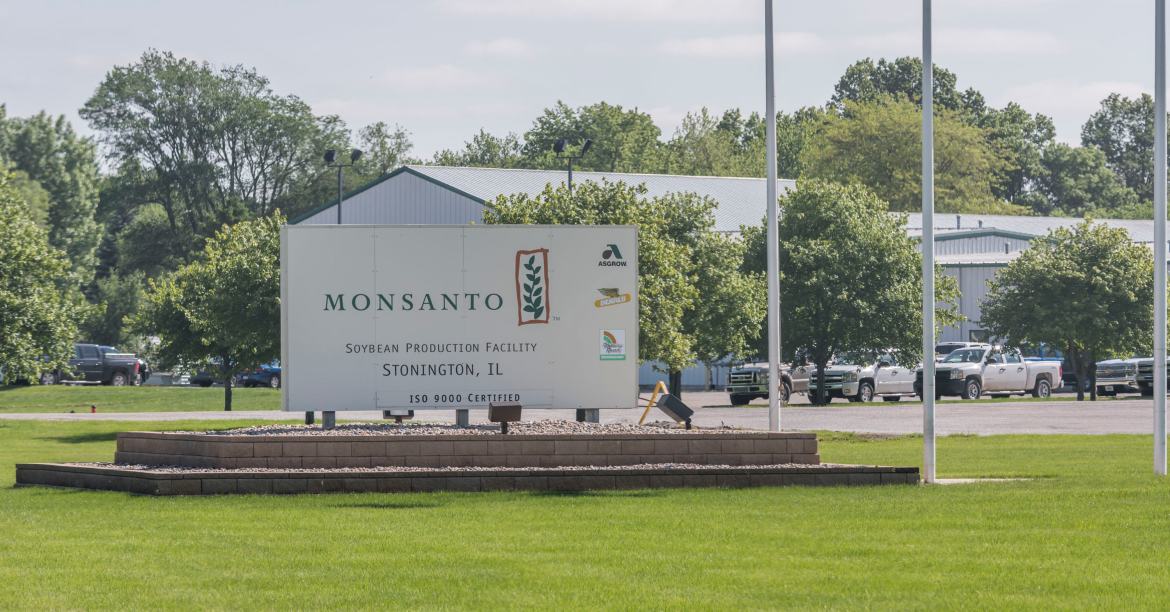 The lawsuit, which is believed to be the first of its kind, alleges that Monsanto violated the acts by failing to pay its workers the minimum wage and failing to pay its workers when compensation was due. It also alleges that Monsanto misrepresented the way the employees would be paid and failed to keep adequate payroll records.

The lawsuit said farm labor contractors, known as FLCs, hired migrant workers to detassel and rogue corn in the Midwest. It alleges those contractors failed to pay the workers a promised wage.

However, the farm labor contractors are not named as defendants in the lawsuit, which was filed June 29 in the U.S Northern District Court of Illinois Western Division.

You can read the full lawsuit here.

The lawsuit was unusual because it was a class action and covered work conducted in three states, Illinois, Michigan, and Missouri, said Teresa Hendricks, co-counsel for the plaintiffs and director of the Michigan Migrant Legal Assistance Project.

“I’m not aware of any other multi-state class action against Monsanto over its labor practices in production of seed corn,” said Hendriks, who estimated potential damages at $2 million. “Potentially, it could be the highest amount of damages of this type of suit.”

Hendricks noted that because it is a class action lawsuit, it could affect hundreds of workers.

The plaintiffs – Roberto Perez-Perez and Armando Nieves – were working as migrant farmworkers performing detasseling and roguing.

Perez-Perez, who lives in Florida, was recruited by a contractor to work for Monsanto in 2012 in Michigan and again in 2015 in Illinois, according to the filing.

Nieves was recruited in 2014 to work for Monsanto in Missouri and Michigan.

Hendricks said: “The company builds in crew leaders in between Monsanto and the workers, in my opinion to hide behind contractors to absolve themselves of responsibility for the wage theft.”

Hendricks said the contractors were not named in the lawsuit because “the crew leaders are not the ones with any real control. They are typically undercapitalized and struggle themselves with Monsanto, some have sued Monsanto even for pay. They will be deposed as witnesses in our case.”

The plaintiffs are represented by Warner Law Firm, based in Park Ridge, Illinois; Kakalec & Schlanger, LLP, based in New York City; and the Michigan Migrant Legal Assistance Project, Inc. based in Grand Rapids.

A history of similar allegations

Similar allegations have been made against seed-corn companies in legal complaints for individuals or small groups of workers for more than a decade; Monsanto has settled many of those cases for small sums of money, ranging from a few hundred dollars to a few thousand dollars.

In an email, Monsanto spokeswoman Charla Lord wrote the company is aware of the filing and is still reviewing the claims, so it could not discuss the pending litigation.

“I can tell you that Monsanto’s Global Human Rights Program is designed to ensure our employees and the employees of our business partners who are working to develop new tools to help the world’s farmers grow food using less of the earth’s natural resources, have a safe and respectful working experience and are compensated in accordance with all local, state and federal laws,” Lord wrote.

The lawsuit alleges the Monsanto farm labor contractors, who distributed pay to the detasseling workers, “did not receive funds from Monsanto for detasseling work until Monsanto approved particular areas of detasseling, which could take several weeks and could require as many as four pass throughs by the workers.”

Because the contractors “were generally very small entities with little capitalization or available funds to pay workers,” the lawsuit stated, “the Monsanto FLCs, upon information and belief, would not pay workers the full piece rate they should have earned, in accordance with the disclosures, each week after the detasseling workers finished their work. Instead, the FLCs would pay the workers a partial rate, with a promise to make up the missing funds later, even at the end of the season when the detasseling work was completed.”

The lawsuit continued: “For example, Plaintiffs Perez and Nieves were promised by Monsanto FLC Benito Vasquez/B&F Detasseling that they would receive additional pay after they completed their work for Monsanto and left the Midwest. However, this pay was never provided, and these Plaintiffs were underpaid by thousands of dollars as a result.”

Since the late 1990s, genetically modified technology has transformed the industry, in which now GMO corn seeds account for more than 90 percent of acreage in the U.S. and about $11 billion in annual sales, according to the National Corn Growers Association.

Each year, thousands of farm workers are recruited by the labor contractors to come to the Midwest to work in detasseling, which enables growers to produce lucrative high-yield hybrid corn seed.

“(It) comes down to control,” Hendricks said. “(Seed-corn companies) control most of the operation, therefore they’re responsible to make sure wages are paid appropriately, conditions safe, not ever-changing.”

Lord said that Monsanto provides its contractors with expectations on how it will treat its employees.

“We provide workers with an Expectations of Farm Labor Contractors document in a couple of languages outlining our expectations that FLCs provide safe working conditions; track and pay for all working hours; provide housing that meets Federal, State and Local Safety and Health Standards; and that we have zero tolerance for threats, violence, and harassment,” Lord said.

Seed corn companies have faced repeated lawsuits related to its treatment of these agricultural workers, according to an investigation by the Midwest Center for Investigative Reporting.

But partly because Congress has prevented federally subsidized legal aid clinics from filing class-action suits since the mid-1990s, the companies typically pay out only $500 to $2,500 per worker in individual settlements, legal aid attorneys said.

Hendricks, whose nonprofit law clinic does not take federal subsidies, said a conservative estimate for the potential class size would be 1,000 workers, with an estimated payout of $2,000 per worker, totaling a settlement of $2 million.

“I am very confident that we will obtain class certification because the nature of what they do is systemic — the same procedures for hundreds of workers, they’re similarly situated. That’s the key to class action,” Hendricks said.