Expect crude oil prices to jump at least 28 percent over the next decade and raise agriculture production costs, according to new estimates by the U.S. Department of Agriculture. 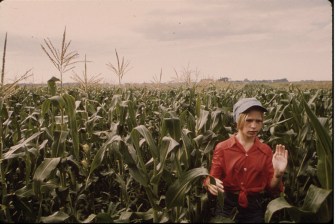 Teenage Worker Detasseling Corn in a Field During the Summer near New Ulm, Minnesota. (between 1930 - 2008

In its report, "Agriculture Projections to 2022" released this week, the USDA projects a growth in the global food demand as developing countries grow in population and middle-class.

The USDA publishes the projections each year in February.

The projections are developed by inter-agency committees in USDA, with the Economic Research Service (ERS) having the lead role in the preparation of the report.

The new projections cover crop and livestock commodities, agricultural trade and aggregate indicators, such as farm income and food prices, through 2022.

The projections do not represent a USDA forecast, but a conditional, long-run scenario based on specific assumptions about farm policy (including extension of current farm law through 2022), weather, the economy and international developments. Normal weather is assumed throughout the projection period.

Other highlights from the report include:

Key results in the projections include the following: