Scott Lawrence, an attorney in eastern Wisconsin, thinks he knows why some state lawmakers want to make it harder to sue power companies over electrical problems that cause damage to farmers.

The attorney, who has been suing over stray electricity (sometimes called stray voltage) since 1985, adds that these providers — a.k.a. “moneyed interests” — just seek freedom from accountability. “They don’t care how many farmers they drive out of business.” 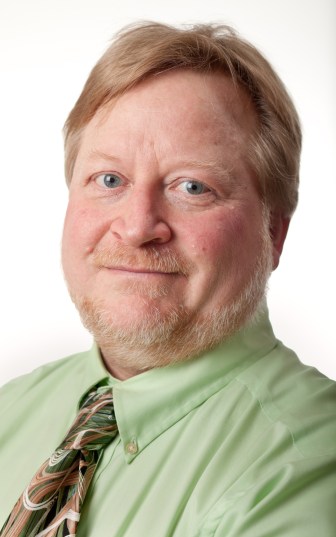 “It would be to our disadvantage to drive farmers out of business,” he says. “It’s not good for our customer base or our economy.”

Stray electricity, which leaks into the ground from farm wiring or power lines, can harm the health of dairy cows, decreasing milk production, and causing trauma for farmers.

“There are thousands of farmers in Wisconsin that are affected,” says Platteville attorney Chris Stombaugh, president-elect of the Wisconsin Association for Justice, representing trial attorneys. Stray electricity lawsuits, though not common, have sometimes drawn multi-million-dollar verdicts.

A bill introduced by state Sen. Paul Farrow, R-Pewaukee, and Rep. Mark Honadel, R-South Milwaukee, would bar lawsuits over stray electricity against providers that are “in compliance with all applicable engineering and safety standards.” Liability remains for “reckless, wanton or willful acts or omissions or intentional misconduct.”

The bill, which has awaiting the assignment of a number, has 16 cosponsors, all Republican.

Adds LaRowe, whose utility supports the bill, “If we’re playing by the rules, then I don’t think we should be penalized.”

But Lawrence says farmers often suffer losses — and are awarded damages by juries — over electrical woes that do not involve rule violations. He took part in a case, decided by the Wisconsin Supreme Court in 2003, specifically upholding the ability of farmers to sue even though applicable standards were met.

Lawrence, who thinks the bill may face opposition from Republican lawmakers in rural districts, scoffs at the suggestion that farmers are filing frivolous suits.

“If you can find me a dairy farmer who’s a fast-buck artist who wants to spend his time in court, I would like to meet the guy,” he says. “They don’t wind up in my office until they get no satisfaction from the utility.”

He and Stombaugh, who also has brought stray electricity lawsuits, say only the most serious cases end up in court. But they warn that, without the threat of lawsuits, providers will have no incentive to correct problems.

LaRowe and Brian Elwood, a spokesman for Xcel Energy, which also supports the bill, say their utilities have invested heavily in programs to improve electrical wiring on farms, to reduce the danger of stray electricity.

Both utilities boast contingents of nine registered lobbyists. Back in 2007-08, LaRowe’s utility reported devoting 223 lobbying hours to proposed legislation regarding stray electricity, more than on any other issue. The bill was never introduced.

The current bill, which Stombaugh calls “absolutely special interest legislation,” is similar to a liability shield proposed in 2001 by then-Gov. Scott McCallum, a Republican. But the blowback from farmers and farm advocates was so strong he backed down.

“I’ve listened to your concerns and I agree with your position,” McCallum told farmers at the time. As for his withdrawn proposal, “I’m not going to defend it.”

But this session represents a fresh opportunity. Concedes Paul Zimmerman, executive director of the Wisconsin Farm Bureau, which opposes the bill, “There’s certainly the possibility that it will pass.”

Honadel expects the bill will be taken up this fall. “I’m sure it’s going to wake a few people up,” he says. ‘“We’ll see how it goes.”

Bill Lueders is the Money and Politics Project director at the Wisconsin Center for Investigative Journalism (www.WisconsinWatch.org). The project, a partnership of the Center and MapLight, is supported by The Joyce Foundation.

The Center collaborates with Wisconsin Public Radio, Wisconsin Public Television, other news media and the UW-Madison School of Journalism and Mass Communication. All works created, published, posted or disseminated by the Center do not necessarily reflect the views or opinions of UW-Madison or any of its affiliates.