Food Safety and Inspection Service needs to improve its inspection of ground beef at post slaughter facilities such as grocery stores and restaurants, according to a recent federal report.

The U.S. Department of Agriculture Office of the Inspector General issued the report in June as part of a standard midyear review to Congress, from October 2012 through March 2013. 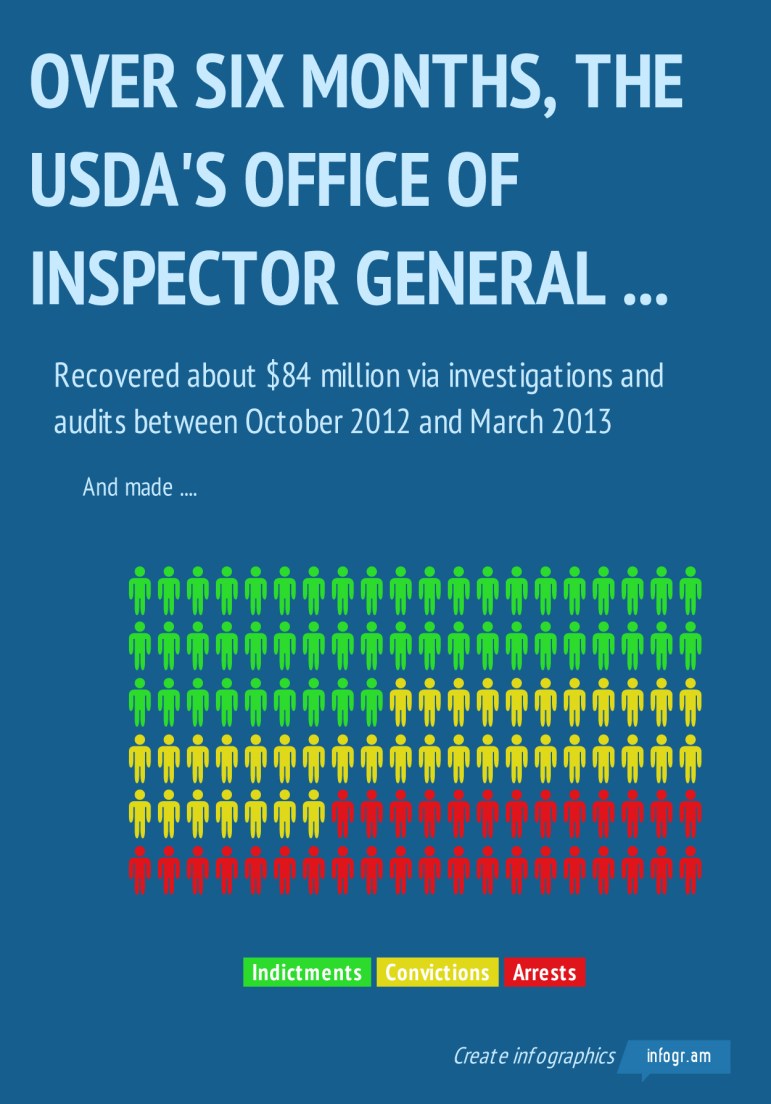 According to the inspector general, there needs to be tighter controls over boxed beef products, which currently are not inspected in the same manner as beef that is ground at the primary slaughter facility.

The Food Safety Inspection Service “should ensure that beef components likely to be used for ground beef by grocery stores, butchers, restaurants and hotels are tested for E. coli,” the report stated.

Also related to the beef industry, the inspector general recommended the Agricultural Marketing Service strengthen its review of the Beef Check Off program.

This program diverts federal funds to the Cattlemen’s Beef Promotion and Research Board and beef industry organizations for research.

However, Agriculture Marketing Service has not been efficient in reviewing the research and how the funds are being spent.

Issues related to Management Improvement Initiatives were the focus of more than half of the inspector general’s efforts according to a summary of how the Inspector General allocated the office’s resources.

The inspector general also determined that Rural Development could have done a better job at prioritizing communities that receive American Recovery and Reinvestment Act funds to improve broadband access to rural communities.

Audits indicated the suburban areas that already had adequate Internet access, rather than rural areas with limited access, were often given funds to improve broadband capacity. This action, while legal, did not meet the objective of the program.

Rural Development was also noted for not having tight enough controls on funds given to lender to reimburse for home loans defaulted by borrowers.

Another area rife with fraud was in the nutrition benefit programs.

Of the 298 criminal convictions report for the first half of the year, 233 were related to Food and Nutrition Service program fraud.

Both the Supplemental Nutrition Assistance Program (SNAP) and the Women, Infants and Children program (WIC) had multiple investigations and audits.

Some offenders were setting up fake storefronts for the sole purpose of illegally acquiring SNAP and WIC benefits.

The USDA is responsible for the stewardship of 193 million acres of natural forests and grasslands.

According to the Office of Inspector General, there has been an increase in the number of requests to drill for oil and gas on these public lands.

Furthermore, the office calls on the Forest Service to develop and implement a more effective and faster process for reviewing and approving these requests. The Inspector General's office realizes Forest Services must find a balance between increasing drilling approvals while maintaining the land and mitigating environmental damage.

The Office of Inspection General recommended Forest Services improves communication with the Bureau of Land Management and Department of Interior offices.

Improving communication between USDA offices and with other federal agencies was recommended by the inspector general for all the programs.