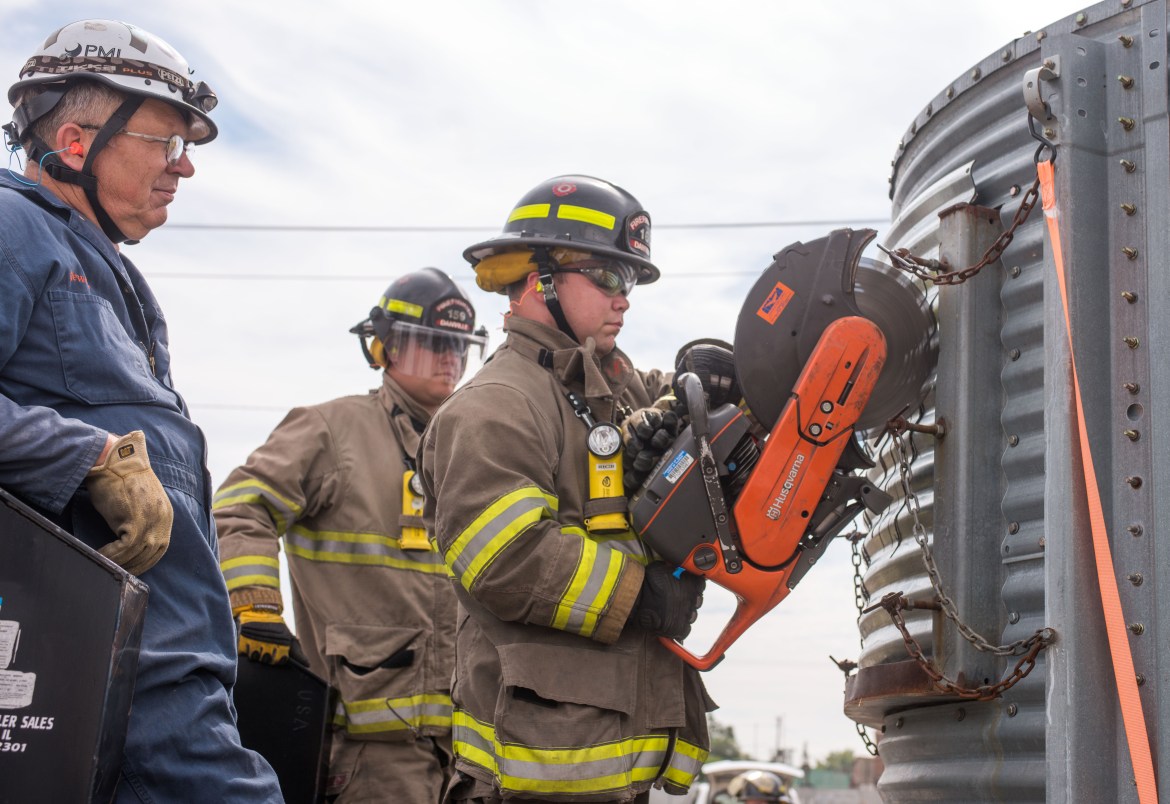 Firefighters learn how to cut grain-relief slots during grain-bin rescue training at the Danville Bunge facility on Tuesday, Sept. 17, 2013.

On Sept. 17, 2013, firefighters from Danville, Ill., met at a Bunge Milling facility for grain-bin rescue training.

Grain-bins have received a large amount of attention in recent years, as grain handlers continue to become injured or even die while working inside them.

Rescue workers face great danger when called to the scene of grain-bin incidents. According to the Illinois Fire Service Institute, about 60 percent of all grain-bin related fatalities happen to untrained rescuers trying to save victims trapped in grain.

To prevent their rescuers from becoming victims themselves, some departments sign up for intensive, eight-hour training courses in grain-bin safety. The courses include training on draining bins with specialized cutting techniques and information on how to protect victims with special rescue tubes.

Below, Dave Newcomb of the Illinois Fire Service Institute describes what happens during a grain-bin rescue training session.