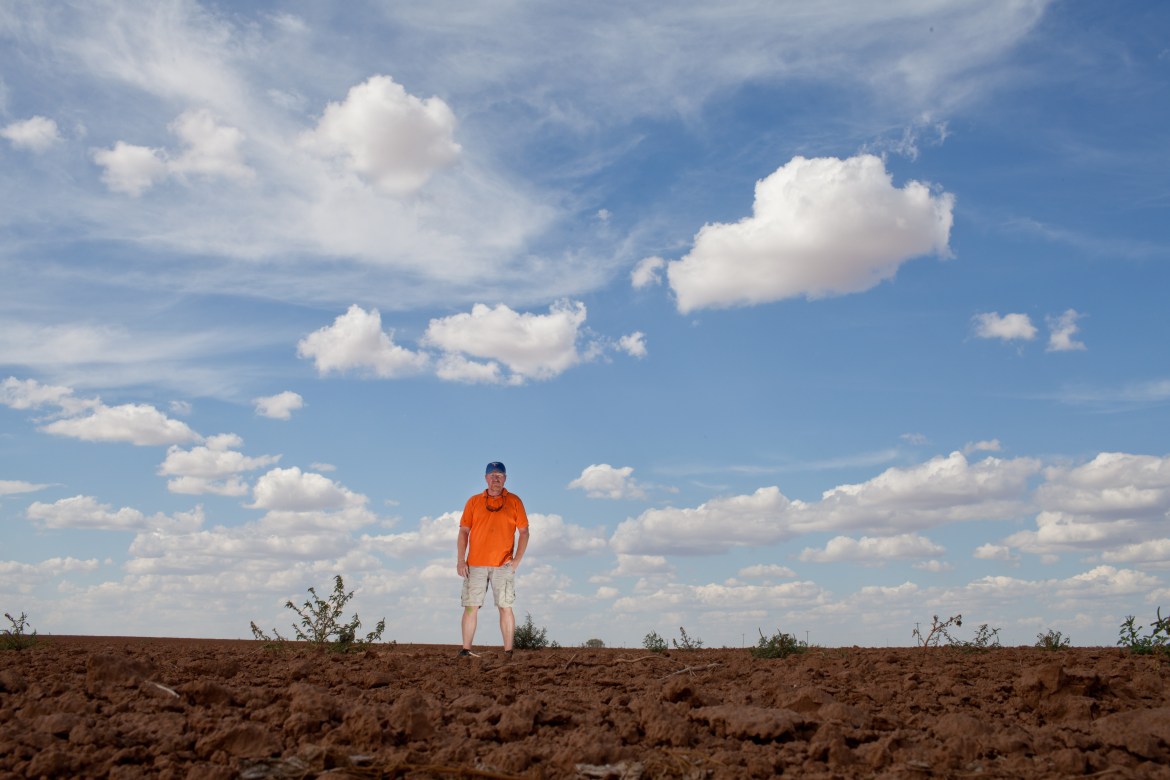 Quinton Kearney, 38, who farms 9,700 acres with only his wife and five employees . After three years of drought, Keaney's margins have become razor thin. Since insurance payouts are based on past yields, every year of a failed crop lowers the amount a farmer can claim the subsequent year-and raises the premiums. Farmers like Kearney are feeling the financial strain,"It's rough," he said. "There's only so much salary you can pay after 3 years of drought, and still have cushion if the banker calls in the chips."

ARLINGTON, Va. -- California, the country’s largest agriculture producing state, needs a “miracle” to prevent a water crisis as the field crops and livestock there are in desperate need of water, a U.S. Department of Agriculture official said.

California is now listed in the D4 -- exceptional drought -- category of the U.S. Drought Monitor. The state is experiencing its driest year on record.

Brad Rippey, a U.S. Department of Agriculture meteorologist, discussed the impacts on both California and the United States if the drought continues. He spoke during a special session on weather and agriculture at the 2014 Ag Outlook Forum . The USDA sponsored the two-day event, which concluded Friday.

The lack of precipitation in the western United States can be seen in the lack of snow pack in the region. The absence of snow pack means reservoirs and streams will not get replenished this spring.

About those drought maps:

Eleven volunteer authors take turns inputting data and building the map that is released every Thursday, said Luebehusen. The positions are voluntary because there are no funds devoted to the process. The authors have never failed to produce a Drought Monitor, despite sequesters and government shutdowns

The U.S. Drought Monitor was launched in May 1999 as an experiment, but was quickly adopted and became operational in August of that year. It has gone through many visual and software changes as it has evolved into the tool it is today.

The drought categories are based on frequency of an event and are not subjective, said Luebehusen. Each time the Drought Monitor is published, the author’s name is listed on it. They are responsible for answering questions about the map’s content.

Reservoir water storage levels in California are at 65 percent of their average, said Rippey.

Rippey said 36 percent of the continental United States is in drought.

He said that west of the Mississippi River the country is trending dry, with few exceptions.

The winter wheat crop in the southern Great Plains could be affected by the drought in that area. Rippey said producers abandoned nearly 25 percent of the 2013 wheat crop due to water issues.

North Dakota and South Dakota could experience floods. The soil in those states already is saturated and may not be able to absorb more rain.

The Corn Belt will have a mixed bag of moisture with both drought and wet areas. Rippey said low temperatures last year in Iowa helped the soybean crop “weather” a drought last year.

Summer months could mean El Nino, warmer temperatures in the U.S., said Anthony Artusa, meteorologist with the Climate Prediction Center. Temperatures this spring should be on average, or enso-neutral, as Artusa put it.

Soil moisture levels are low in California, Arizona and in a region from Texas to Minnesota.

Artusa said the Tennessee Valley could see increased levels of precipitation in March, April and May. He also said global temperatures look to be higher than average this year.