Ten years ago, U.S. farmers who chose to insure their crops from weather disasters and market fluctuations received a combined total of about $3.2 billion in insurance payouts in a year.

Those payouts have steadily increased by billions of dollars since then, leaving some skeptics arguing that the insurance programs – and the bulky government subsidies that go along with them – are simply welfare for farmers.

This story is a collaboration with Harvest Public Media. See all stories in this series and check out our lobbying database.

“There are a lot of folks who, for ideological reasons, I would argue simply don’t like government assistance,” said U.S. Representative David Loebsack, who serves Iowa’s agriculture-rich 2nd Congressional District. “Period.”

In 2008, farmers took in about $8.7 billion from the crop insurance programs, according to a Midwest Center for Investigative Reporting analysis of federal crop insurance data.

In 2012, a year plagued by widespread drought, they received about $18.4 billion.

Last year, farmers picked up about $12.3 billion in insurance payouts.

The payouts are part of the federal crop insurance programs administered by the U.S. Department of Agriculture’s Risk Management Agency. The programs protect farmers against losses from poor crop yields or low crop prices.

When Congress and the president approved the final Agricultural Act of 2014, they effectively agreed to expand crop insurance by about $5.7 billion through 2023.

Since 2000, Illinois is among the top five states that have collected crop insurance payouts. The state has netted more than $7.1 billion in indemnities, a total trailing only Texas and North Dakota.

Mark Crawford is a farmer in Vermilion County, Ill., who grows soybeans, corn and wheat on one of the largest farms in that area. He said that he supports crop insurance. 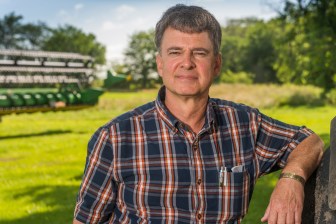 Mark Crawford stands at his farm near Danville, Ill. Crawford, who grows corn, soybeans and wheat on his large farm, said the crop insurance programs are important parts of the risk-management safety net for farmers.

“Crop insurance is a risk-management tool that gives us a foundation from which to plan and work and really get a crop and reduce our amount of risk,” said Crawford. “And it’s been a very integral part of my operation ever since I was young and I first got started.”

“There are a lot of uncertainties that come along with farming – probably more than a lot of and most other businesses,” Loebsack said. “Crop insurance is, it’s very important for our family farmers to keep them farming and to keep affordable food options out there for consumers.”

While critics point to costs, crop insurance supporters argue that most farmers do not receive payouts without first losing a substantial portion of their annual operation. For example, if a farmer buys a yield-protection policy at a 65-percent coverage level, farmers still have to lose more than a third of their crop before they receive any insurance money.

In addition, crop insurance programs are designed to be actuarially fair, which means the total indemnities farmers receive should equal the total premiums they pay over time.

“Because those premiums are also designed to equal indemnities over time, there is sort of by definition no profits designed in the program,” said Brad Lubben, an extension policy specialist at the University of Nebraska. “They deliver insurance at a set premium that is set by the government at a, presumably, at a break-even level.”

“Crop insurance is a risk-management tool that gives us a foundation from which to plan and work and really get a crop and reduce our amount of risk.” Mark Crawford, Illinois farmer

Farmers have paid a combined total of more than $87.2 billion for insurance premiums since 2003, but in reality the costs is much lower for farmers because the bulk of those premiums was subsidized by taxpayer dollars.

The federal government subsidizes about 60 percent of crop insurance premiums for farmers. In other words, for every dollar that a farmer spends paying for insurance, the government chips in about 60 cents of taxpayer money.

The Midwest Center for Investigative Reporting data analysis found that the government has paid more than $52.8 billion to subsidize crop insurance premiums since 2003.

“There is a substantial federal role in just supporting the overall delivery of crop insurance,” Lubben said.

As insurance programs expand, so do costly subsidies

Experts in the agriculture industry said the expansion of crop insurance is a direct result of concerted efforts to shy away from disaster assistance. In the past, the farming community would have to seek emergency funds from Congress when crops failed because of widespread drought, flooding or other problems.

“Farmers need some certainty,” said Mary Kay Thatcher, senior director of congressional relations with the American Farm Bureau Federation. “For years in this country, we had to really on ad-hoc disaster assistance.” 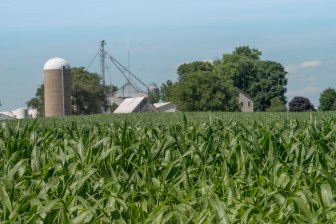 Farmers have paid a combined total of more than $87.2 billion for insurance premiums since 2003. The federal government subsidized more than half of that amount.

That process of going to Congress often became politicized and drawn out. In turn, farmers who suffered harsh losses during one planting season may not have received the money to recover until the following planting season.

For example, the Farm Disaster Assistance Act of 1987 provided assistance to farmers who recorded losses because of disaster in 1986 when much of the Midwest experienced flooding.

Without immediate help, some farmers never recovered at all.

“What we really wanted was for farmers to be able to afford a good insurance product so that they could insure themselves, rather than having to wait for the government to come in and have this handout,” Thatcher said.

But, even when modern-day crop insurance policies started to surface, the agriculture industry was still not able to completely shift away from disaster assistance, Thatcher said. Expensive premiums and low subsidies left farmers unable to pay for the insurance programs that were created to push ad-hoc disaster payouts aside.

“For many years, we had a crop insurance program that moved in the right direction, but the subsidies were much lower, and we were never really able to get rid of that disaster program,” Thatcher said.

“Only in the last few years have we gotten the subsidies up where people are comfortable,” she added.

Although the cost has been great, data also suggest the subsidies have, indeed, boosted participation. There were nearly 300,000 more insurance policies sold in 2014 compared to 2000. 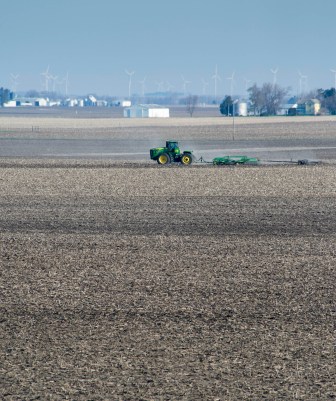 Overall, there are nearly two dozen different crop insurance policies that farmers can choose from. The Agricultural Act of 2014 added two new options to that mix, as well.

“They pay part of the crop insurance premium, the government pays part,” Thatcher said. “But, they know up front that they’re going to have a risk mitigation strategy in place if a weather disaster comes along.”

In 2013, republican Senator Jeff Flake of Arizona introduced the Crop Insurance Subsidy Reduction Act, which sought to “significantly reduce” the amount of taxpayer dollars used to pay for crop insurance. U.S. Representative John Duncan of Tennessee introduced a related bill in the House, too.

“The current U.S. fiscal crisis makes a strong argument for a commonsense roll back of crop insurance subsidies,” Flake said in a statement.

Congressional records show that neither piece of legislation moved out of committee.

Rep. Loebsack said he supports crop insurance programs and subsidies. He also said that he understands where the disapproval is coming from, but believes critics are “just simply wrong about this.”

“We just have to make sure that farmers are willing to invest and in the face of potential disasters and potentially devastating uncertainties,” he said. “We just simply got to keep the program going.”

Despite the debate, experts predict the new Farm Bill will likely keep crop insurance subsidies stable until just before the end of the decade.

“At least through the next five years, the 2014 through 2018 crops, these subsidies are made permanent as long as this farm bill is still in play,” said Steve Johnson, a farm management specialist for the Iowa State University Extension and Outreach program. “I think that is a testament to how farmers adopted crop insurance as their primary tool for managing risk.”