The federal crop insurance program has – once again – come under fire for giving farmers too many subsidies and costing the American taxpayer too much money.

This time, the attempt to restructure what many in the agriculture industry refer to as the main “safety net for farmers” comes from the White House and Congress.

The president’s 2016 budget released Feb. 2  seeks to cut crop insurance by a total of about $16 billion throughout the next decade.

Also last week, two U.S. senators followed the budget proposal by introducing bipartisan legislation that would cap insurance premium subsidies to $50,000 per policy. There are currently no limits. Republican Senator Pat Toomey of Pennsylvania and Democratic Senator Jeanne Shaheen of New Hampshire introduced the legislation, announcing the cap would save about $2.2 billion over 10 years.

“There's no reason why the federal government should be spending more than $1 million, in some cases, to subsidize insurance policies for large Agri-businesses,” Sen. Toomey stated in a press release. 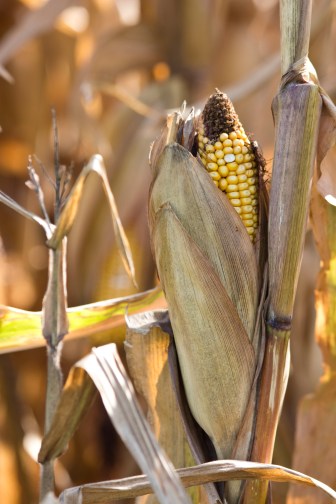 The government helps farmers pay for their insurance premiums with subsidies. In 2014, farmers paid about 42 cent on every dollar for premiums, with the government subsidizing the rest.

Under the crop insurance program, farmers also receive payouts – or insurance indemnities – when their crops are devastated by harsh weather or unfavorable market prices.

The call for crop insurance cuts is nothing new, as policymakers looking to save have criticized the expansive U.S. Department of Agriculture Risk Management Agency program for years. In 2013, Senator Jeff Flake of Arizona introduced the Crop Insurance Subsidy Reduction Act, which sought to “significantly reduce” the amount of taxpayer dollars used to pay for crop insurance. At the time, U.S. Representative John Duncan of Tennessee introduced a related bill in the House.

In 2014, U.S. farmers paid a total of more than $10 billion to insure roughly 294 million acres, according to Risk Management Agency data as of Feb. 4.

And the data show that the federal government paid about $6.19 billion in subsidies.

Farmers received about $7.26 billion in insurance payouts, as well.

“The Agriculture Act of 2014 included several reforms to the Federal crop insurance program; however, there remain further opportunities for improvements and efficiencies,” stated a USDA budget proposal summary.

“There's no reason why the federal government should be spending more than $1 million, in some cases, to subsidize insurance policies for large Agri-businesses.” Sen. Pat Toomey

The USDA’s budget proposal summary stated that crop insurance subsidies will be reformed in order to make the program less costly to the taxpayer, while still maintaining a quality safety net for farmers.

“The 2016 budget, along with programs authorized by the 2014 Farm Bill, is a strong investment in the men and women living, working and raising families in rural America,” he said in a press release.

Senator Pat Roberts – Kansas republican and chairman of the Senate Committee on Agriculture, Nutrition and Forestry – criticized the proposal, saying it ignores the concerns of the nation’s farmers and ranchers.

“I have heard repeatedly from farmers in Kansas and across the country that crop insurance is the key tool in managing risks associated with drought, flood, freeze, hail, and other weather events,” Roberts said in a press release. “The President’s budget again turns a deaf ear to our nation’s farmers and ranchers by directly cutting the very tool that helps growers produce a safe and affordable food supply year after year. We have seen these types of proposals from this Administration before and Congress has been right to ignore them.”