The Farm Bill passed by Congress a year ago will have far reaching effects on federal conservation efforts throughout the Midwest.

The bill slashed conservation funding by $4 billion and reduced the number of acres allowed into the Conservation Reserve Program by millions.

The program offers farmers 10- to 15-year cost-share contracts in return for letting the government convert their land to natural area.

The main goal of the conservation program is to increase wildlife habitat and to filter fertilizer runoff before it reaches local waterways, said Jason Bleich, a Farm Bill biologist that maintains and enrolls conservation land in east central Illinois.

“It’s by far the most successful conservation program in the history of conservation,” he added.

But to comply with the cut, the Farm Service Agency, the agency charged with administering the program, will incrementally lower the maximum amount of acres conserved over the next two years.

“The acres being withdrawn from CRP are likely going into row crop production,” said Stacy James of Prairie Rivers Network. “Acre for acre, row crop production results in more water pollution, due to erosion of exposed soil and application of fertilizer, and less wildlife habitat than CRP lands.”

According to the FSA, more than 25 million acres were enrolled in the program in August nationally, already passing the incoming 2017 cap.

Jamie Diebal, conservation specialist with the state Farm Service Agency office, said with the new caps, the agency may have to be more selective with what land they bring into the program.

However, the agency also anticipates the number of acres in the program will decrease naturally as contracts end in the Dakotas – an area of the country that has historically dominated the program. 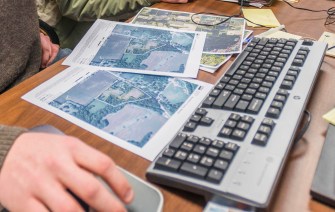 The 2014 Farm Bill cut conservation funding by $4 billion and reduced the number of acres allowed into the Conservation Reserve Program by millions.

The result of the decrease may still leave a little wiggle room for other enrollment.

Bruce Stikker, a former conservationist for the Champaign County Soil and Water Conservation District in Illinois, explained that since the Dakotas are hilly, they’ve been a focal point of the program in the past, as hilly land is more prone to erosion when farmed.

The rise in affordable cold-resistant seeds caused farmers to till the land and use it for food production, he said.

Still, Jonathon Manuel, who holds Stikker’s former position, said his district will have to rely increasingly on other programs to make up for the losses in Conservation Reserve Program.

This includes the Environmental Quality Incentives Program, EQIP, which takes in land and pays the landowner a cost-share – but the program has a backlog of applications, James said.

“There’s just not enough money to fund all of the conservation projects that could be happening in the state,” she added.

“If we can’t get them into either of those programs, that’s when we’ll use our Pheasants Forever Program. And that one basically covers the cost of the seed, herbicide and management practices,” he added.

The Pheasants Forever program is paid for by a habitat fund created by hunting license registration. 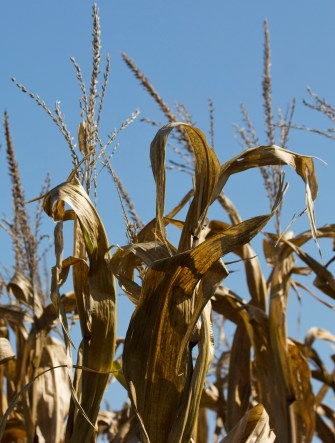 The Farm Service Agency is in the process of adopting a new “targeted enrollment” plan in the face of the declining acres brought on by the Farm Bill.

According to the draft of the plan, “targeted enrollment” will focus on the costs of land owners’ bids to let new acres into the program. The targeted enrollment would take place during years that the agency doesn’t use the normal enrollment method for new acres: general sign up.

During general sign up, the agency assigns pieces of land different point values off the Environmental Benefits Index, which factors in how well the land controls erosion and protects the environment. Scores can go up to 440, depending on the year – the higher the score, the better the land will protect the environment.

Every year that the agency starts a general sign up, it gathers these values and determines a cut-off for new acres, maximizing the amount of acres it can fit in. Usually the cutoff score is around 200 to 220, Diebal said.

“With CRP enrollment decreasing, they may set the points higher, to like a 250 to 275 point break off,” she said.

Cost is considered to maximize the general sign up's effectiveness, but it’s not the largest factor, as it is with the proposed targeted enrollment.

Greg Fogel, a policy specialist at the National Sustainable Agriculture Coalition, submitted a comment on the draft that proposed targeted enrollment, and currently, all comments are under review.

“I don’t think it’s a bad thing [to focus on cost] but it’s not the purpose of the program. The purpose of the program is to spend money in order to generate environmental benefits. Cost is already a factor in the EBI, it just probably deserves to be weighted a little bit more, or at least they could explore that possibility,” he said.

Diebal said FSA anticipates a small general sign up period for CRP early this year, though, at this time, no date has been set.