Meat sold in the United States could soon lack a label that maps its origins.

In 2009, Congress mandated that all livestock must include a country-of-origin labeling throughout what is commonly referred to as the COOL law. Under the requirements, the label must show where livestock was born, raised and slaughtered.

Canada and Mexico have alleged that these labels are discriminatory and will cost the countries business in U.S. markets. In response to COOL, Canada threatened retaliation by placing higher taxes on many goods from the U.S..

On May 18, the World Trade Organization ruled in favor of the two countries’ allegations for the second time this year.

Just two days later, on May 20, the House Committee on Agriculture voted 38-6 to repeal COOL labeling requirements for beef, pork and chicken. Requirements would still be effective for all other commodities including veal, lamb, goat and fresh and frozen fruit. 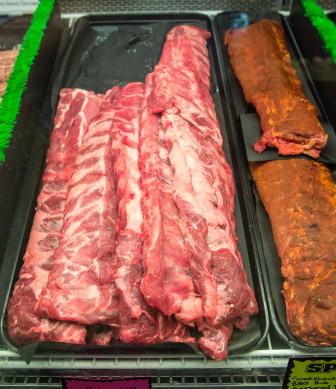 “We must do all we can to avoid retaliation by Canada and Mexico and this bill accomplishes that through full repeal of labeling requirements for beef, pork and chicken,” said Committee Chairman Michael Conaway (R-Texas).

According to an article from IndustryWeek, “Canada could slap duties on a multitude of U.S. goods that range from fruits and chocolates to cereal, jewelry and wooden furniture.”

Dozens of big agribusinesses, including Archer Daniels Midland and Cargill, fought against the COOL labeling, as well.

In a letter to Congress last year, a coalition of these companies and others called for the law’s repeal:

"Given the negative impact on the U.S. manufacturing and agriculture economies, we respectfully submit that it would be intolerable for the United States to maintain, even briefly, requirements that have been deemed non-compliant by the WTO," the letter read. "Accordingly, we request that Congress immediately act to assure U.S. compliance with international trade obligations. Prompt enactment of such a contingency plan is an essential defense of American export markets and jobs."

Parts of the U.S. beef industry opposes COOL labeling, as it says it will lose Americans billions of dollars and give nothing back to consumers.

“COOL is a failed program that will soon cost not only the beef industry, but the entire U.S. economy, with no corresponding benefit to consumers or producers,” Bob McCan, National Beef Association President, said in a statement earlier this year.

Additionally, the North American Meat Institute issued a statement applauding the House Committee on Agriculture on its bill to repeal COOL labels.

A bill has not yet been introduced in the Senate Committee on Agriculture.

Still, some U.S. meat producers are in favor of COOL labeling because they feel meat made in America gives their product an edge in a globalizing market.

“In an increasingly global market, labeling our beef, as well as other products will increase demand for U.S. products, which in turn will lead to increased production, more jobs and economic development,” Wyoming rancher Wilma Tope wrote in a statement to Congress.

Other advocates argue that consumers have the right to know where their food is coming from.

Mystery meat is not COOL! Support labeling by calling your Senators and reps today! @IAfarmersunion

The Country of Origin Labeling debate has always interested me. We slap "Made in.." labels on everything else?http://t.co/eOAcSr36PA