Farmers this year are again complaining that lengthy government delays in processing visa applications for foreign workers are hurting business.

And those delays may mean consumers will have to pay more for fresh fruits and vegetables at their local grocery store, according to the American Farm Bureau Federation.

“This is going to impact the access to the foods you love to have this time of year,” said Kristi Boswell, the farm bureau’s director of congressional relations. “We’ve already seen real production losses.”

Farmers who can’t find enough U.S. labor can use the H-2A visa program, which began in the 1950s.

The system is so complicated, Boswell says, farmers often have to hire attorneys to help them figure it out.

“As you jump through all these hoops, there obviously is a lot of opportunity for delay,” she said. “This year, we’ve heard from more than two dozen states that have had some sort of delay on either the Department of Labor end or the USCIS end.”

Recent complaints mirror similar issues from 2015, when U.S. growers reported losing entire crops and thousands of dollars because a computer glitch prevented hundreds of temporary foreign agricultural workers trying to get to their jobs from crossing the border between Mexico and the United States. 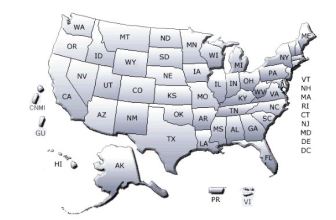 Click on the above image to view H-2A data by state. Data provided online by the Department of Labor.

“Unfortunately, this is not a new occurrence,” Boswell said.

Government officials deny there are significant problems, though.

“There really isn’t this sort of massive delay that some individuals are claiming, at least not in our part of the process,” Assistant Secretary for the Employment and Training Administration Portia Wu said.

A spokesperson for the U.S. Citizenship and Immigration Services also said in an email that the agency is not experiencing delays this year.

The Department of Labor has processed work certifications for about 75,000 foreign workers so far in 2016, according to federal data.

Florida, North Carolina, Georgia, Washington and California are the top destinations for temporary foreign agricultural workers, but even Midwestern farmers have grown dependent on the H-2A program.

“They are so essential,” said Tom Halat, who owns Tom’s Farm Market in Huntley, Ill., and last year employed a handful of workers from the east central Mexican state of San Luis Potosí. “I wouldn’t be in business without them.”

‘It made for a difficult year all around’

Over the past decade, Franberry Farms had always been able to operate using U.S. workers.

That changed this past growing season, Williamson said.

“We went back to [the H-2A visa program] this year because our strawberries are very labor intensive and require us to do everything by hand from planting to harvesting to weeding,” she said. “It has become more difficult for us to get enough legal workers from the domestic labor supply.”

Franberry Farms hired a labor contractor and submitted paperwork to bring in about 60 workers to help care for and harvest strawberries between November and April.

The H-2A application process went smoothly at first, Williamson said, but then it hit a two-week delay in December. H-2A paperwork processed through the Department of Labor on time, she said, but then workers got held up at the U.S. consulate in Mexico because of “computer problems.”

The delay meant that Franberry Farms couldn’t harvest its strawberries on time and had to let ready-to-pick strawberries go bad in the field during the time of year when the price for strawberries was at its highest.

Franberry Farms reported losing about $200,000 as a result of the unpicked crop.

“It made for a difficult year all around,” Williamson said.

“If we can’t get some changes to this program, you’re going to see farms that are going to lose more and more crops,” she added.

By law, agencies must process H-2A cases 30 days prior to workers’ start dates.

Before farmers are cleared to hire foreign workers, they must file extensive paperwork proving that they publicly advertised available jobs in the United States first. Farmers must also show that they can provide free housing and pay workers an industry-appropriate wage.

Foreign workers are required to go through U.S. customs and border protection before entering the country.

Paperwork that raises questions about employment conditions or that has errors contributes to more than half of the Department of Labor’s processing delays, Wu said.

Halat didn’t experience any delays getting his workers to Illinois this year, but said the visa process was “very difficult” and “very time-consuming.” He hired his workers to help weed, hoe and harvest asparagus, strawberries, zucchinis and other crops.

“They’re here for one reason, and that’s to work,” he said. “We could not survive without the H-2A program.”

“Use of the program has continued to increase in recent years, and that’s probably not surprising because we often see during periods of strong economic growth increased demand for temporary foreign labor,” Wu said. “We’ve already seen over a 12 percent increase in employer use of the H-2A program this year over the same period last year.”

While use of the H-2A program has risen, resources to run the program have stayed relatively unchanged.

The number of H-2A certifications approved by the Department of Labor increased by nearly 50 percent from 2008 to 2015. During that same period, the labor department’s budget increased by 6 percent from $50.4 billion to $53.5 billion.

“As anyone who runs any kind of business or processing knows, you can’t handle that level of increase with the same resources,” Wu said.

Reasons for the increased use of the program, Wu said, include the fact that many farmers are trying to make sure that they’re hiring legal workers.

The Southern Poverty Law Center estimates that the majority of farm workers are undocumented.

H-2A workers are federally authorized to come from more than 80 eligible countries such as Argentina, Australia, Canada and Japan, in addition to Mexico.

Workers are typically hired to do general farm and ranch work. About one in four H-2A workers perform jobs at either tobacco or berry operations.

The American Farm Bureau Federation says growers in more than 20 states have contacted it about H-2A processing delays. The delays left some agriculture operations without workers to care for and pick crops, officials say.

Agribusiness interests and farmworker advocates alike have called for changes to the H-2A visa program.

The Farm Bureau argues that the process needs to be streamlined so farmers can get workers on time. That includes implementing speedier electronic processing methods to avoid “snail mail” and shifting the H-2A visa program into U.S. Department of Agriculture jurisdiction, Boswell said.

The Department of Labor already manages a widely used an e-certification system.

The Department of State and U.S. Citizenship and Immigration Services announced the launch of a new e-approval form in May.

“USCIS recognizes that [the H-2A program] has time-sensitive needs associated with agricultural work,” agency representatives said in an email. “USCIS regularly meets with stakeholders on a wide range of issues and is aware of longstanding stakeholder interest in creative ideas for reducing processing times.”

Advocates argue that the visa program needs to be overhauled to protect workers’ rights.

A 2013 investigation by the Southern Poverty Law Center found that H-2A workers are routinely cheated out of wages and forced to pay illegal recruiting fees. The investigation also found that workers are at risk of being held “virtually captive” by employers because their legal status is entirely tied to their employer.

A 2015 report by the Government Accountability Office echoed similar findings.

“If workers don’t like the conditions under which they’re being forced to work of if they don’t like the pay they’re receiving compared to what was promised to them, they don’t have a lot of options,” said Jim Knoepp, a senior attorney with the Southern Poverty Law Center’s Immigrant Justice Project. “You and I could walk down the street and go to a different employer if we don’t like the way we’re being treated, but these folks don’t have any other options.”

Undocumented workers can sometimes feel like they have more rights than H-2A workers because they can more easily leave an abusive employer, he said.

The agencies that administer the H-2A program recognize the widespread criticism.

But the H-2A program is unlikely to see changes anytime soon because reform requires congressional action.

“Although we’re in the waning days of this administration and it seems obvious that this Congress is not planning to act on comprehensive immigration reform, we still believe more global solutions are needed,” Wu said.