The scorecard is meant to evaluate policymakers on how they voted on “critically important” food issues from throughout the past year. In general, the Food Policy Action scorecard found that Congress has made “some headway” compared to last year’s evaluation, but also concluded that “Washington is still falling short.”

“Food is connected to every critical issue facing our nation — everything from our health, economy, and immigration, to labor and the environment,” said Food Policy Action co-founded, chef and food advocate Tom Colicchio, in a statement. “How members of Congress vote on related policies has a tremendous impact on our food system.” 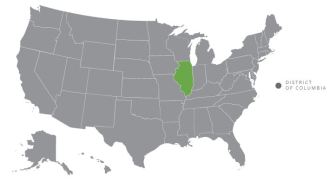 The National Food Policy Scorecard for the 114th Congress covers the important food policy developments in 2015 and 2016.

In the scorecard, U.S. senators and representatives are graded on a 100-point scale. A top score of 100 means a perfect record of voting for what Food Policy Action sees as positive initiatives. Overall, the Senate was graded on 10 votes and 12 bills, while the House was evaluated on 16 votes and 15 bills.

The median overall score was 40 across both chambers.

More than 80 members of Congress — 79 representatives and three senators — received perfect scores of 100.

Representatives Paul Gosar (R-Arizona), Tom Graves (R-Georgia) and Jody Hice (R-Georgia) each tied for the lowest rating on the scorecard at 12.

“We are seeing increased demand in the marketplace for food that is healthy, affordable, fair to workers, good for the environment and keeps farmers on the land,” said Ken Cook, president of the Environmental Working Group and Food Policy Action’s board chairman, also in the statement. “It’s time for Congress to step up and bring forward the good food policy that the public is demanding.”

An independent analysis of the scorecard by the Midwest Center for Investigative Reporting shows that results largely favor Democratic policymakers compared to their Republican peers. The median Food Policy Action rating for Democrats was 94 compared to 25 for Republicans.

Initiatives in the scorecard’s evaluation include the reauthorization of the Older American Act, which provides support for senior nutrition programs such as Meals on Wheel.  They also included the Illegal, Unreported and Unregulated Fishing Enforcement Act, as well as the Global Food Security Act.

An advisory council of food policy experts determines which votes and bills should be scored. Those determinations are then reviewed by the Food Policy Action board of directors.

Its mission is to spark national dialogue on food policy and inform the public on how elected official are voting.