The election of Donald Trump sent shockwaves throughout the world this week – and the win doesn’t bode well for action against climate change.

When he is sworn in, Trump will be the only world leader to deny the existence of climate change, and, with a Republican-controlled Congress, he will have the ability to undo many of the steps the United States has taken to reduce its carbon emissions. 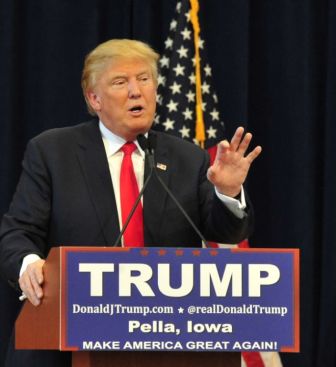 In the two days since he won the election Trump appointed known climate skeptic Myron Ebell to lead his EPA transition team and pledged to make a number of harmful environmental legislation changes in his first 100 days.

Coal stock has since skyrocketed.

Republican Senator David Perdue laid out his vision for the first 100 days of Trump’s presidency, which included repealing the Clean Air Act, the “Waters of the United States” EPA rule and pass the Keystone pipeline.

“If we have the majority, they don’t need to compromise,” Perdue said, according to CNN.

That is consistent with Trump’s 100-day plan, which also included lifting restrictions on drilling and defund and pull out of the Paris Climate Change accords.

Climate experts are saying that these changes could be disastrous for the planet.

“If Trump steps back from that, it makes it much less likely that the world will ever meet that target, and essentially ensures we will head into the danger zone,” Michael Oppenheimer, a professor of geosciences and international affairs at Princeton University told The New York Times.

"People are upset," Brown University environmental studies professor Timmons Roberts told Inside Climate News. "But I think there is the feeling that we've been through this before with the election in 2000," when Democrat Al Gore, a climate advocate, lost to Republican George W. Bush, who went on to withdraw the U.S. from the 1997 climate accord, the Kyoto Protocol.”

“It’s clear that Donald Trump is about to be one of the most powerful people in the world, but even he does not have the power to amend and change the laws of physics, to stop the impacts of climate change,” Alden Meyer, director of strategy and policy at the Union for Concerned Scientists, a science advocacy group based in the U.S., told the Huffington Post. “He has to acknowledge the reality of climate change, he has a responsibility as president-elect now.”

Not all progress will be lost, however. Bobby Magill writes in Climate Central that many state-run plans could help reduce carbon emissions, even though many states will be unlikely to regulate these.

“States will continue to make progress on energy and climate issues, but it is absolutely critical that pro-climate states change strategy,” Danny Cullenward, an energy economist and lawyer at the Carnegie Institution for Science, told Climate Central. “Absent a national commitment, the efforts of a few key states to continue with policy won't make much of a difference in terms of absolute emissions — those states have already made progress and their accomplishments are easily offset by other states that take the opposite approach.”