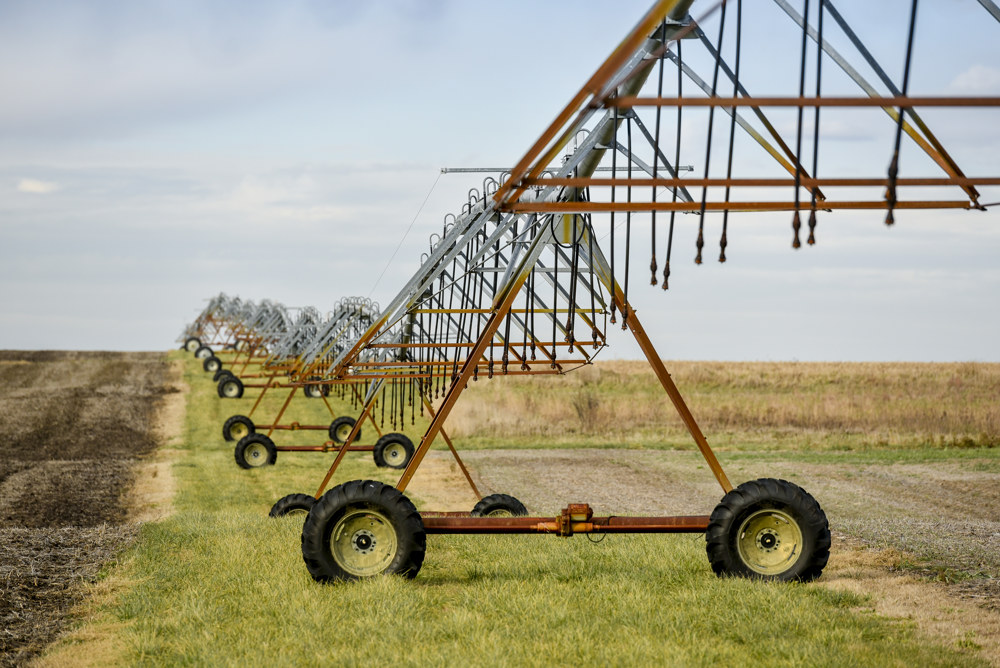 The State Water Survey estimates that Illinois could need between 20 percent and 50 percent more water in the coming decades. The number of irrigation pivots in Champaign County has already doubled in the last five years. Some experts worry that this rise, along with the absence of laws regulating groundwater resources in the state, could spell trouble during periods of drought.

Join the Midwest Center for Investigative Reporting and a panel of experts for a free community conversation about irrigation in Illinois, current regulations, and what it means for the future of farming as the state’s shifting climate becomes less predictable.

Brant Houston, Knight Chair of Investigative Reporting, Journalism Department at the College of Media, University of Illinois Urbana-Champaign, will moderate.

The event is free but RSVP required. Light refreshments will be served.

For more information, contact Anna Casey at (217) 239-6617 or by email at annacasey@investigatemidwest.org

John N. Ferguson, plant biologist at the Carl R. Woese Institute for Genomic Biology at the University of Illinois

(Additional panelists will be announced soon)

Brant Houston, John S. and James L. Knight Foundation Chair in Investigative and Enterprise Reporting at the University of Illinois

CU-CitizenAccess is a community online news and information project based at the University of Illinois College of Media devoted to investigative and enterprise coverage of social, justice and economic issues in east central Illinois.

The Midwest Center for Investigative Reporting is a non-profit newsroom based in Champaign that covers agribusiness and related topics such as government, environment and energy.