A former lieutenant governor of Missouri is now leading a new lobbying group seeking to give farmers more influence in Washington D.C.

The group grew from efforts by the Organization for Competitive Markets, a nonprofit organization funded by membership dues and small gifts that aims to educate the public about Big Ag’s growing influence on family farmers and rural communities.

But the nonprofit’s status as a 501 (c) (3) organization means it intends to be educational and can receive tax-deductible donations, but its lobbying efforts are limited. Thus it formed Family Farm Action to lobby, said Joe Maxwell, who was lieutenant governor from 2000 to 2005 and now is the organization’s executive director. 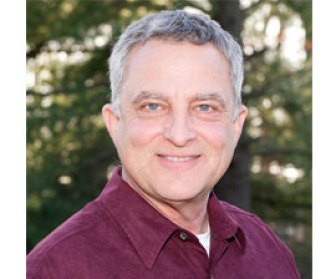 “We see industrial agriculture giving money to PACs, to c4s. Farmers need a louder voice and a more consistent voice,” said Maxwell, who is also president and CEO of Family Farm Action.

Maxwell, who served as the lieutenant governor of Missouri from 2000 to 2005, was referring to Political Action Groups (PACs) and to nonprofit 501 (c) (4) organizations.  PACs pool donations together in support of a certain issue or candidate and 501 (c) 4 groups are social welfare organizations that are allowed to lobby.

He said that Family Farm Action will pick up where the Organization for Competitive Markets leaves off.

“This allows us to go ahead and do more lobbying. We feel very strongly that there needs to be a stronger political voice,” Maxwell said.

Lillian Salerno, the former deputy undersecretary for Rural Development at the USDA, serves as the organization's chairwoman.

As part of the new effort, the Organization for Competitive Markets released a policy brief that serves as a platform for its lobbying arm.

The lobbying group supports politicians on both sides of the political aisle, Maxwell said.

For example, Maxwell said that the organization is a big supporter of Senator Chuck Grassley (R – Iowa) and his review of the mergers.

Maxwell said the anti-trust issues range from the seed production and crop protection industries to grain traders and fertilizer companies to the beef and pork industries.