For Illinois farmer Mark Crawford, the impending trade war with China comes at a bad time.

“I do not agree with the approach,” Crawford said, “when we are just now climbing out of the income trough.” 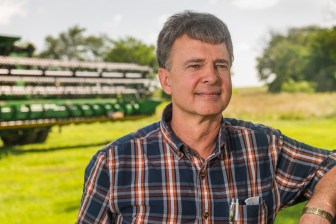 Crawford’s corn and soybean farm spans up to 5,000 acres in Vermilion County, Illinois, and half his crop of non-genetically modified soybeans goes to China.

“I’m willing to have a discussion, but I’m not willing to sacrifice my total livelihood,” he said.

China announced last week taxes on $50 billion worth of United States imports – including a 25 percent import tax on American soybeans after President Donald Trump said he would impose a 25 percent tariff, or tax, on a list of 1,300 goods imported from China – worth about $50 billion –  to make up for China’s “unfair trade practices” around U.S. technology and intellectual property. Trump announced another round of tariffs on an additional $100 billion of Chinese imports last week, and a hearing is scheduled for May 15 on the initial tariffs.

The announcements brought fluctuating financial markets and frustration from farmers, who said they worry over hard-built trade relationships with one of their largest customers. 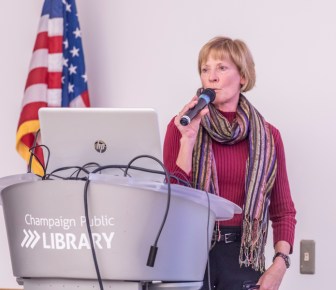 Tamara Nelson at the Talking GMOs event on March 8.

The Illinois Farm Bureau “and its farmers have worked diligently over the past 20 years to develop agricultural markets in China via farmer visit to China as well as by hosting Chinese buyers, scientists and government leaders,” Nelson said.

“Farmers like to grow things and they like to sell things,” Nelson said. “I think they are a huge part of U.S. economically and developed diplomatic and consistent ways to approach trade differences, and we expect the same from our leadership.”

If tariffs are put in place, China would remain a customer, but it is hard to predict how much of a decrease in soybeans they would import, said Todd Hubbs, an agriculture economist at the University of Illinois.

“How bad will it be? The initial reaction will be very harsh,” Hubbs said. “As we dynamically move through this crop season in the next year, it depends on how much production we have.”

Jack Murray, a fifth-generation farmer and seed dealer based in Champaign County, Illinois, said the trade threats “just ruined all the relationships we’ve built over the last 20 years with China and China is the fastest growing market we’ve had.” 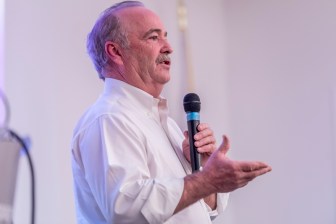 The public rhetoric and social media conversations have made farmers question, “How far is this going to go?” Murray said.

“It takes a long time to build a solid trade relationship,” Hart said. “And they can get knocked down, torn apart in short order.”

As an example, Hart pointed to the mad-cow disease outbreak in the early 2000s, which prompted several trade partners – including Japan and Korea– to ban imports of U.S. beef.

The move cost the U.S. beef industry nearly $11 billion in revenue between 2004 and 2007, according to Reuters.

“It literally took a solid decade to rebuild those relationships,” Hart said. “This is a different event, but the same sort of stoppage and flows.”