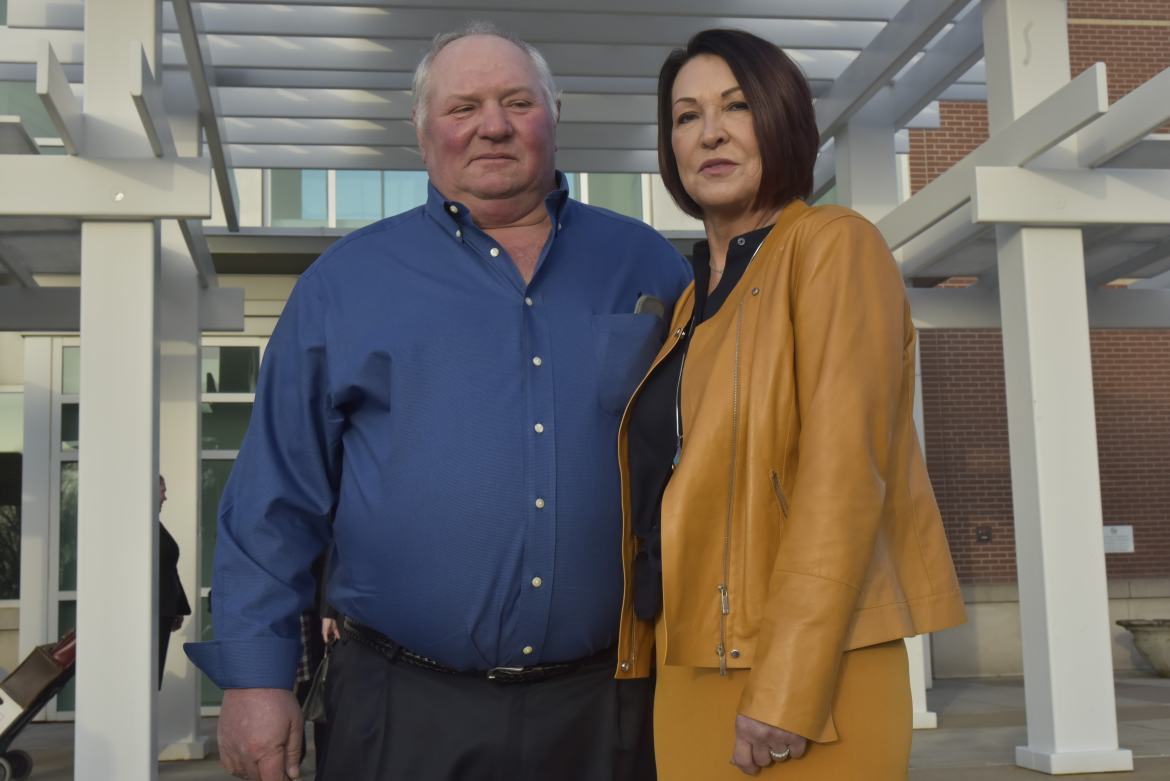 CAPE GIRARDEAU, Mo. - For years, Monsanto and BASF have been blaming alleged crop damage from the weed killer dicamba on other factors, including weather, other pesticides and applicator misuse.

But on the first day of a civil trial in the United States District Court for the Eastern District of Missouri in Cape Girardeau on Monday, internal company documents presented in opening arguments showed that both companies were warned about the herbicide’s potential to damage other crops. Documents also showed the companies prepared for complaints about the weed killer prior to the new genetically modified crop systems being released.

German agribusiness companies Bayer and BASF face allegations in a civil lawsuit that they created circumstances that damaged millions of acres of crops by dicamba in order to increase profits from a set of new dicamba-related products offered for sale beginning in 2015.

A trial of the lawsuit, originally filed in November 2016 by southeastern Missouri peach farmer Bill Bader, began Monday and is expected to last two to three weeks. The lawsuit initially named Monsanto, which was acquired by Bayer in 2018. In the court proceedings, the company is being referred to as Monsanto.

Bader Farms, the largest peach farm in Missouri, is on the brink of collapse because of a situation “entirely foreseen and foreseeable” by Monsanto and BASF, said Billy Randles, the lead attorney for Bader. Randles was the first attorney to give his opening argument, after the jury was selected Monday morning.

Monsanto developed genetically modified cotton and soybean seeds that could withstand being sprayed by dicamba, a volatile weed killer, and released them for sale in 2015 and 2016, respectively. In those years, many farmers allegedly illegally sprayed older versions of dicamba that were not approved for use on the crops, subsequently damaging many farmers’, including Bader’s, the lawsuit alleges.

Monsanto and BASF also developed accompanying weed killers that were touted as less likely to drift and released those for the 2017 growing season, but complaints about drift continued.

Each year since 2015, farmers across the Midwest and South have filed an increasing number of complaints about dicamba-related damage to their crops.

The lawsuit alleges that the companies released the dicamba-tolerant soybean and cotton seeds and accompanying herbicides knowing that it would likely drift and damage non-tolerant seeds in order to make farmers buy the companies’ systems. Bader Farms is seeking relief for $20.9 million in damages, as well as punitive damages for Monsanto and BASF.

“The experiment, we will show, has been a failure,” Randles said in a fast-paced, hourlong opening statement.

In a slide-show presentation by the plaintiff, internal Monsanto documents showed estimates of thousands of complaints each year after adoption of the systems, including 1,305 complaints in 2016 and a record high of 3,259 complaints in 2018.

Documents presented also showed that Monsanto’s dicamba inquiry form for drift events was developed to gather data that could help defend Monsanto against the complaints.

But that’s not the whole story, said Jan Paul Miller, the lead attorney for Monsanto.

Miller alleged that Bader Farms has been suffering tree losses from other issues for years, including soil fungus and damage from storms, and when the opportunity arose to blame the damage on dicamba, Bader took it.

“They’re telling you before 2015, everything was fine, but they were having trouble way before that,” Miller said.

Miller said the trial will show that Bader Farms has no proof that dicamba sprayed on dicamba-resistant cotton and soybean seeds killed the trees. If Bader can’t prove that, then none of the other allegations matter, Miller said.

Bader Farms plans to call Dr. Ford Baldwin, a professor emeritus in weed science from the University of Arkansas, to testify about the damage, but Miller said Baldwin is not an expert in peach trees and will not be able to prove the damage occurred because of dicamba drift.

Monsanto also engaged in an extensive farmer education outreach program surrounding dicamba, making sure farmers knew it was illegal to spray old versions in 2015 and 2016, when the newer versions had not yet been approved and Bader alleged damage to his trees, Miller said.

The company had plenty of reasons to release its new seeds without the accompanying herbicides, Miller said, including higher yield, other useful traits and farmer demand.

BASF, which originally developed dicamba in the 1950s and has released multiple generations of weed killers including dicamba, is not engaged in a “joint venture” with Monsanto, said BASF’s lead attorney John P. Mandler. Instead, they are “fierce competitors” who are trying to sell new versions of dicamba to the same farmers growing the new cropping system.

Mandler pointed out that BASF had no role in the decision to release the dicamba-tolerant seeds prior to the appropriate herbicides being released and never intended for farmers to illegally spray older versions of dicamba, including BASF’s Clarity weed killer.

During the trial, BASF’s witnesses, which will include many BASF executives and scientists, will show that the company was careful to test Engenia, its version of the herbicide, and took care to investigate any claims of off-target movement, Mandler said.