In mid-2020, workers at a Pennsylvania food processing plant sued the Occupational Safety and Health Administration. They needed immediate protection from COVID-19, they alleged: They hadn't been provided enough masks, and they were forced to crowd together at Maid-Rite Specialty Foods.

The agency didn't step in, but the case has wound its way through court since. This month saw a noteworthy development — several former high-level OSHA officials asked the court to side with the meatpacking workers.

At issue is one of the “most important tools” workers have to compel the agency to protect them when they face immediate harm in the workplace, one of the former officials said. Under the “imminent danger” standard, workers can sue OSHA if the agency takes no action “arbitrarily or capriciously.”

“There’s not a whole lot workers can do if OSHA decides not to issue a citation” to an employer, said one of the former officials, Jordan Barab, the deputy assistant secretary of labor for occupational health and safety — second in command — from 2009 to 2017. 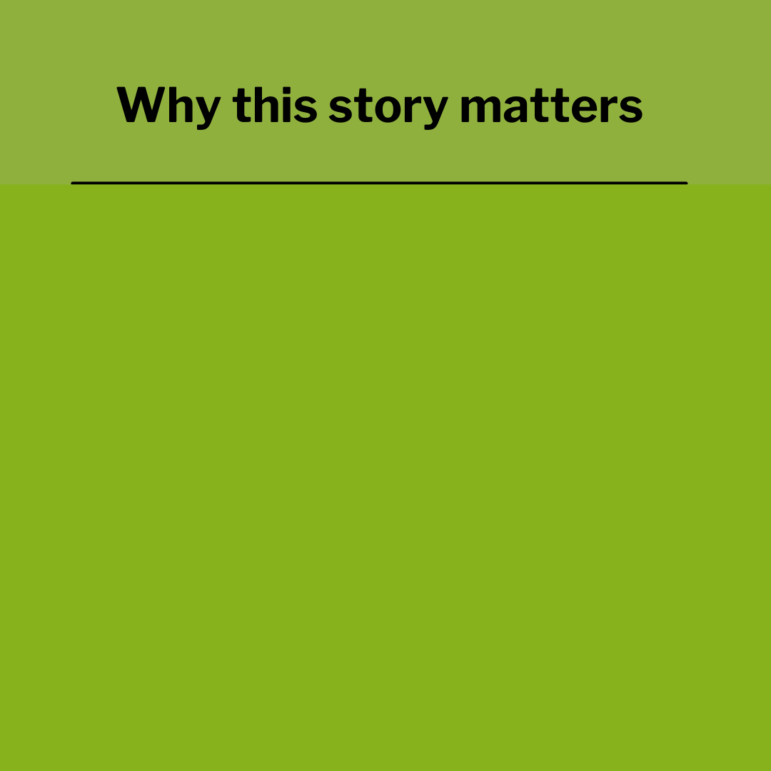 An important worker safety tool is being questioned in court.

But the imminent danger standard, he continued, is “one area really where essentially workers can take OSHA to court. That's very important, especially in an administration that isn't too anxious to push the envelope at all or even just use whatever tools it has to enforce safe working conditions.”

OSHA did not return a request for comment this week.

In the Pennsylvania case, the original judge dismissed the case in March 2021. He agreed with OSHA's lawyers and ruled the technical process that needed to be followed wasn’t.

One of the attorneys for the workers, David Muraskin, Public Justice’s food project litigation director, said the correct interpretation of the standard is imperative.

“That’s why we’re still pursuing this,” he said. “This is an essential mechanism for workers to be able to protect themselves.”

The case was originally filed during former President Donald Trump’s last year in office. But Muraskin said the legal team hasn’t seen any difference in the government’s approach to the case under President Joe Biden.

“It is disheartening that this supposedly pro-worker administration would not conclude this is one of those instances where it needs to swallow its pride and just recognized its prior positions were pure error," he said.

In addition to Barab, the five former federal officials behind the brief include David Michaels, who served as OSHA’s head for most of the Obama administration (he was the longest-serving OSHA administrator); Debbie Berkowitz, a former chief of staff and senior policy advisor at OSHA (an outspoken critic of the meatpacking industry during the pandemic, she's widely seen as an expert on meatpacking plant labor practices); and Charles Jeffress, the agency's head from 1997 to 2001.

Michaels and Jeffress also submitted a “friends of the court” brief in a lawsuit that challenged the Biden administration’s rule requiring employers of 100 or more to require vaccinations.

The Pennsylvania case started near the beginning of the pandemic, when meatpacking plants were widely reported as COVID-19 hotspots. In May 2020, Maid-Rite workers filed a complaint with OSHA claiming an “imminent danger."

Such complaints can lead to an immediate inspection and corrective action from employers.

“When it's evident that OSHA is serious about pursuing an imminent danger citation,” Barab said, “the employer will kind of see the writing on the wall and fix the problem.”

For example, he said, in 2008, after a sugar factory exploded in Georgia, OSHA inspected the company’s other facility in Louisiana and found the same conditions. The agency posted an imminent danger notice, and the problems were addressed. (OSHA proposed a fine of almost $9 million, one of its largest in history.)

Some dangers can be removed relatively easily and quickly, such as a broken piece of machinery, but COVID-19 complicated the situation.

"You don't see a whole lot of imminent danger complaints with illnesses," Barab said. "There's always kind of a debate. 'It's going to eventually kill you, but not kill you today. Is that an imminent danger?'"

After receiving the workers’ complaint, OSHA sent Maid-Rite a letter. Then it conducted an inspection virtually. (Later, a federal watchdog found the agency's use of virtual inspections during the pandemic likely endangered workers.)

About two months after the initial complaint, an OSHA inspector visited the plant in person. But the agency gave Maid-Rite advanced notice of the inspection, which OSHA can do “when special precautions are necessary.”

“OSHA has a right to protect its employees also,” the inspector testified during the case. “I was going into a worksite with potential COVID-19 exposure.”

Beyond the advanced notice, OSHA’s area director said during the original trial he didn’t consider the lack of social distancing or lack of masks to be an “imminent danger,” according to a trial transcript. Almost since the pandemic's start, the Centers for Disease Control and Prevention has recommended social distancing and mask-wearing to prevent the spread of COVID-19 in meatpacking plants.

That underlined how important the ability to sue OSHA was in this case, Muraskin said.

“There was a series of barriers these workers had to ever getting any kind of hearing from the agency,” he said.

When the case finally reached the judge’s hands, he concluded the workers had no standing to sue.

His ruling hinged on the meaning of the word “secretary” in the text of the standard: “If the Secretary arbitrarily or capriciously fails to seek relief,” workers can sue the agency.

In the reading by OSHA's Trump-era lawyers and by the judge, the correct process follows a few steps. An inspector must make an “imminent danger” finding. Then, the inspector must present the head of the U.S. Department of Labor, which oversees OSHA, with the finding. If the labor secretary fails to act in an arbitrary or capricious way, only then can workers sue the agency, according to the judge’s ruling.

“Put simply,” wrote Judge Malachy E. Mannion, who was appointed by President Obama, “the court cannot review the Secretary’s decision for arbitrariness or capriciousness where there has been no Secretarial decision.”

In their brief, the former OSHA officials said this understanding did not square with how the “imminent danger” standard had been used in the past. The word “secretary” in the standard’s text means the agency and its employees, they said.

[Read more: ‘All smoke and mirrors’: How Trump’s meatpacking order has failed to keep workers safe]

If any OSHA inspector has acted in an arbitrary or capricious way, workers can sue, the former officials said.

In their “extensive experience,” they said, “only rarely if ever does the Secretary of Labor the individual become involved in imminent danger determinations” (emphasis in original).

The judge’s ruling would leave workers no avenue to compel the agency to protect them, they argued.

“By rendering (the standard) effectively useless,” the former officials said, “the decision leads to absurd results where employees are left without recourse in the event of arbitrary and capricious agency conduct related to time-sensitive, imminent dangers.”

OSHA has until March 14 to respond to the workers' appeal.

*This story has been updated to make clear Jordan Barab was one of the signatories to the "friend of the court" brief.