This is the fourth of four stories in When It Rains, a special series from the Mississippi River Basin Ag & Water Desk.

The western border of Atchison County, Mo., follows the twisting path of the Missouri River. Acres of corn and soy fields once lined its shores, but after a nearby levee suffered seven breaches in the Flood of 2019, the cropland was ruined.

Instead of rebuilding the levee and replanting the crops, Atchison County decided to let the floodplain be a floodplain. Knee-high prairie grass now covers the open space, providing a greener, more sustainable form of flood control.

“It's nuts how bad things were,” said Regan Griffin, a local farmer and Atchison Levee Board member. “But how quickly nature reclaimed stuff… here we are, everything's growing back already.”

People have lived along the river for millennia, the benefits competing with the risks. Modern levee systems built in response to past disasters like the Floods of 1927 or 1993 aren't designed for the newest risk: increased rainfall caused by climate change. 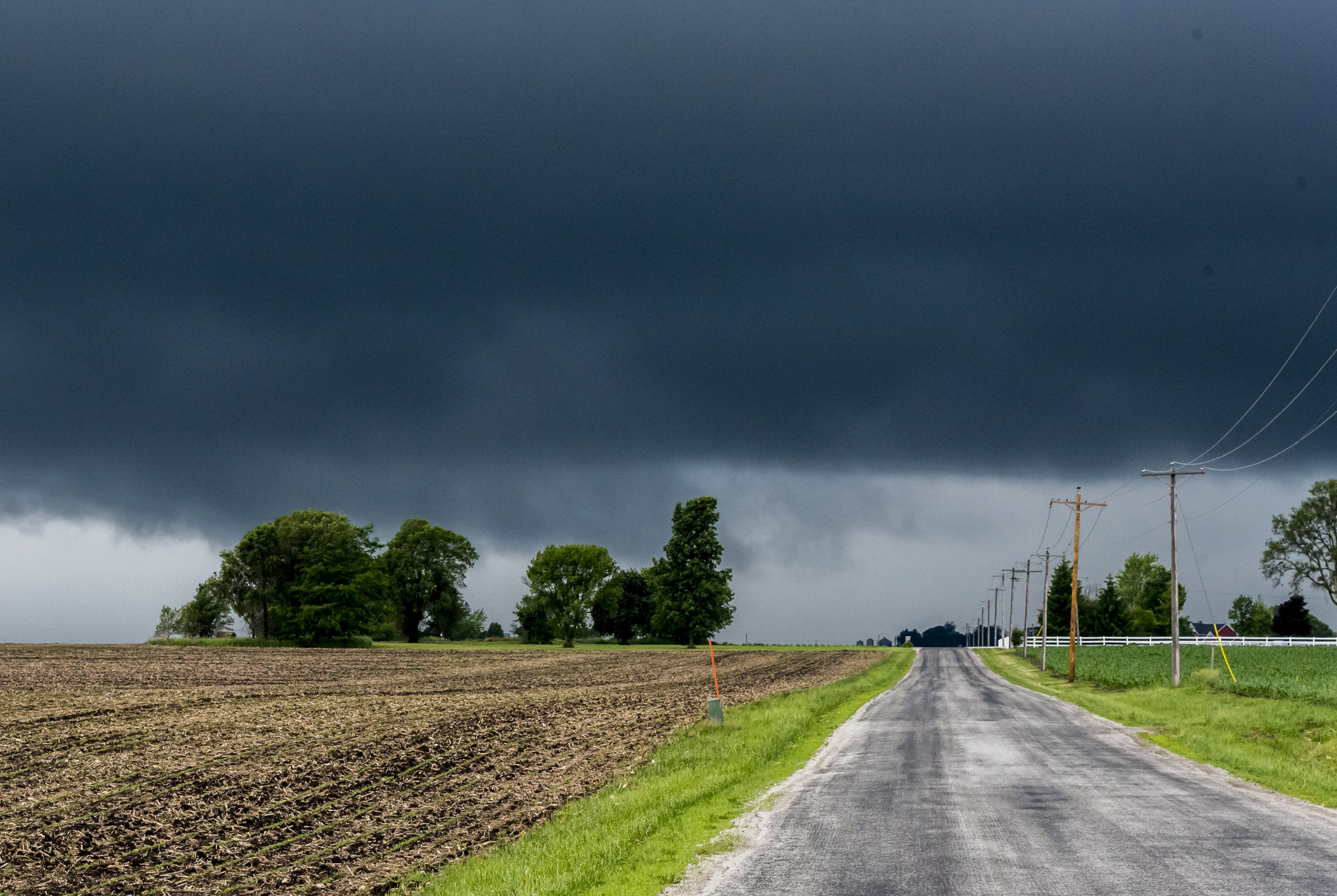 “Everyone agrees there's more water,” said journalist Tyler J. Kelley, who authored “Holding Back the River: The Struggle Against Nature on America's Waterways.” “The question is, what do you do about it?”

With rivers pushed to the brink, municipalities have struggled to keep their residents safe. Many across the basin — like Atchison — are shifting away from traditional mitigation tactics to make room for the water instead. Creative, nature-based solutions might mean river communities look a lot different in 100 years: greener, safer and more sustainable. But for these efforts to become widespread, they’ll need support and resources.

Before humans tampered with its flow, the Mississippi River meandered. High waters bathed thousands of square miles of floodplain, bringing rich sediment to swamps and forests.

“Flooding was a natural, almost yearly phenomenon, not a devastating occurrence at intervals of decades,” historian and author Albert E. Cowdrey wrote in a 1979 U.S. Army Corps of Engineers report.

“As settlers along the river go from subsistence farming to raising surplus crops for sale, they need a place to ship,” said John Anfinson, author of ??”The River We Have Wrought: A History Of The Upper Mississippi.” “Rivers are the natural conduit of American expansion.”

The Army Corps of Engineers built channels and levees for navigation throughout the late 1800s. When it began managing flood control, it prioritized protecting agricultural lands built in floodplains, which often meant building or expanding levees.

These protective measures proved fruitless against the Great Flood of 1927.

“It was tremendously destructive,” Kelley said. “There were levees all up and down the whole river by ‘27. But they weren't equipped for floods like that.”

Months of heavy rainfall plunged 27,000 square miles of land underwater after the levee system collapsed. Flood waters didn’t subside for months, killing as many as 1,000 people and displacing more than half a million from Illinois to Louisiana. The overall damage was equivalent to around a third of the federal budget at the time.

While the Flood of 1927 largely impacted the Lower Mississippi, the Upper Mississippi had its own reckoning during the Great Flood of 1993. Increased rainfall claimed 50 victims and around $15 billion in damages across nine states. More recently, floods in 2011 and 2019 also rocked the region — their relative proximity to each other underscored the growing influence of climate change, Anfinson said.

The country’s primary reaction to these major floods was to continue fortifying levees to protect agricultural and urban areas. That historical infrastructure still defines the basin’s contours. But it's aging, like much American infrastructure, and not built to withstand new threats.

“It wasn't that the levees are broken,” Kelley said. “It's just that they aren't really built for the weather of the future.”

From mitigation to adaptation

The Cedar River runs through the heart of Cedar Rapids, Iowa’s second most populous city. During the Flood of 2008, the river drowned the city. Existing levees couldn’t protect the area from the record-setting 31-foot crest.

The Cedar River flood caused an estimated $7 billion in damage and destroyed properties, and residents feared the day the water would rise again. Their new plan? Making more room for the river and integrating flood infrastructure into plain sight.

A new amphitheater, encircled by a berm, doubles as a basin designed to take on water. Further downstream, a levee was moved back a few blocks. Bridges, trails and buildings are being raised higher to temper future flooding, and altogether, the city is opening up 77 acres of floodplain after purchasing 1,400 properties.

“We're working with the environment, but we've not lost the community aspect or the business aspect,” he said.

Other municipalities across the basin are also embracing waterways in the form of green infrastructure or “nature-based solutions,” said Laura Lightbody, project director of The Pew Charitable Trusts’ Flood-Prepared Communities project.

Research has found that these nature-based solutions successfully mitigate flooding. Proactive buyouts provide permanent solutions for communities in harm’s way. When paired with those buyouts, levee setbacks reduced flood risks in every studied scenario in the Mississippi River. The resulting floodplains offer opportunities for recreation, ecotourism and increased ecosystem services.

Although several cities and counties across the basin are shifting away from controlling rivers, experts say there isn’t enough widespread support yet due to local political and economic interests.

Infrastructure updates are also expensive, and many small towns lack the capital.

Congress has slowly begun to direct agencies to craft programs that offer communities more support. For instance, in 2020, the Federal Emergency Management Agency (FEMA) launched the Building Resilient Infrastructure and Communities (BRIC) program geared toward funding locally-led projects that fortify areas before disasters strike. This October, FEMA will have $2.3 billion for such projects — a windfall compared to past years, but still a fraction of the $460 billion spent on disaster response between 2005 and 2019.

So far, Mississippi River communities have also received a smaller percentage of BRIC dollars than coastal states, according to a Headwaters Economics analysis.

A FEMA official told the Ag & Water Desk the agency was working to make the money more accessible to small towns like those in the river basin.

The Army Corps of Engineers is also working on adapting its programs, operations and policies to be more proactive. It has established a Responses to Climate Change program, which aims to ensure that future mitigation projects are built with resiliency in mind.

“Our current efforts are really to investigate and build innovative climate resilient infrastructure that protects communities and the ecosystems in the places we serve and live,” he said.

When it comes to protecting against future flood risk for Mississippi River basin communities, experts agree: levees and floodwalls alone aren’t working anymore. Flood risk will continue to increase, and communities will need to make room for the water. And the time to act is now.

“Locks and dams are the concrete and steel embodiment of past visions for the river,” author  John Anfinson said. “What is our 21st Century vision?”

Top image: A pond marks where a levee was breached during the 2019 flood of the Missouri River in Atchison County, Mo., flooding levee district board member Regan Griffin’s farmland. The board hopes to set this levee back in the future. Credit: Eva Tesfaye, Harvest Public Media