Efforts like this one have largely failed during the past two decades as pork producers constructed more than 900 new swine confinements across Illinois, often brushing aside farm families’ concerns about sickening odors, road damage, depletion of wells and fouling of creeks. But this network of farmsteads set amid rolling hills has become the newest battleground where small-town residents are trying to fend off a leading U.S. pork producer 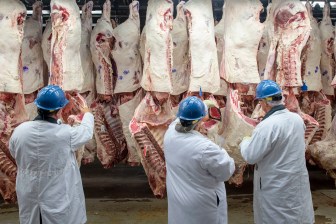 OSHA and USDA waited until April of last year — more than three months into the pandemic and after a plant shut down because workers fell ill — to plan a response to the rising number of COVID-19 cases at meatpacking plants, according to emails obtained by Public Citizen. 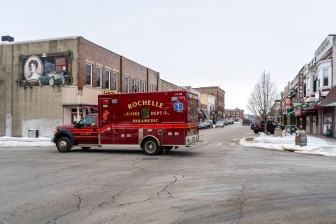 A May 1 conference call with federal, state and local health officials sent one message: Despite a COVID-19 outbreak amongst it workers, Rochelle Foods was to remain open. This fall, a second outbreak at the plant wasn’t publicly reported.

‘They think workers are like dogs.’ How pork plant execs sacrificed safety for profits.