In fact, nearly 6,000 of the 7,000 insurance policies Illinois corn farmers bought were of the RP variety, according to crop insurance data.

And that’s the preference for farmers in surrounding states, too.

“Farmers have sent us signals for quite a few years now, probably 13 or 14 years now, that they’re willing to spend considerably more money on a revenue-based policy,” said Doug Yoder, a senior director of affiliate and risk management with the Illinois Farm Bureau, “because it protects and gives them some revenue guarantees, as opposed to just a yield guarantee.” 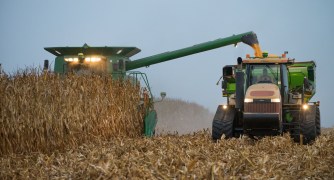 Harvest gets underway at the Anderson Farm near Mansfield, IL on Wednesday, Oct. 2, 2013. Similar corn operations throughout Illinois have chosen to use RP insurance more than 85 percent of the time.

In 2012, revenue protection policies paid U.S. farmers more than $14 billion of the more than $17 billion in total crop insurance payouts.

“One issue with farming and trying to make a living farming is that so many things are out of a farmer’s control,” said Yoder. “Revenue insurance gives farmers a chance to protect certain levels of revenue instead of just yields, so it’s all encompassing and more complete coverage for them.”

A combine picks corn with wind turbines in the background as harvest starts just north of Mansfield, Ill., on Wednesday, Oct. 9, 2013. 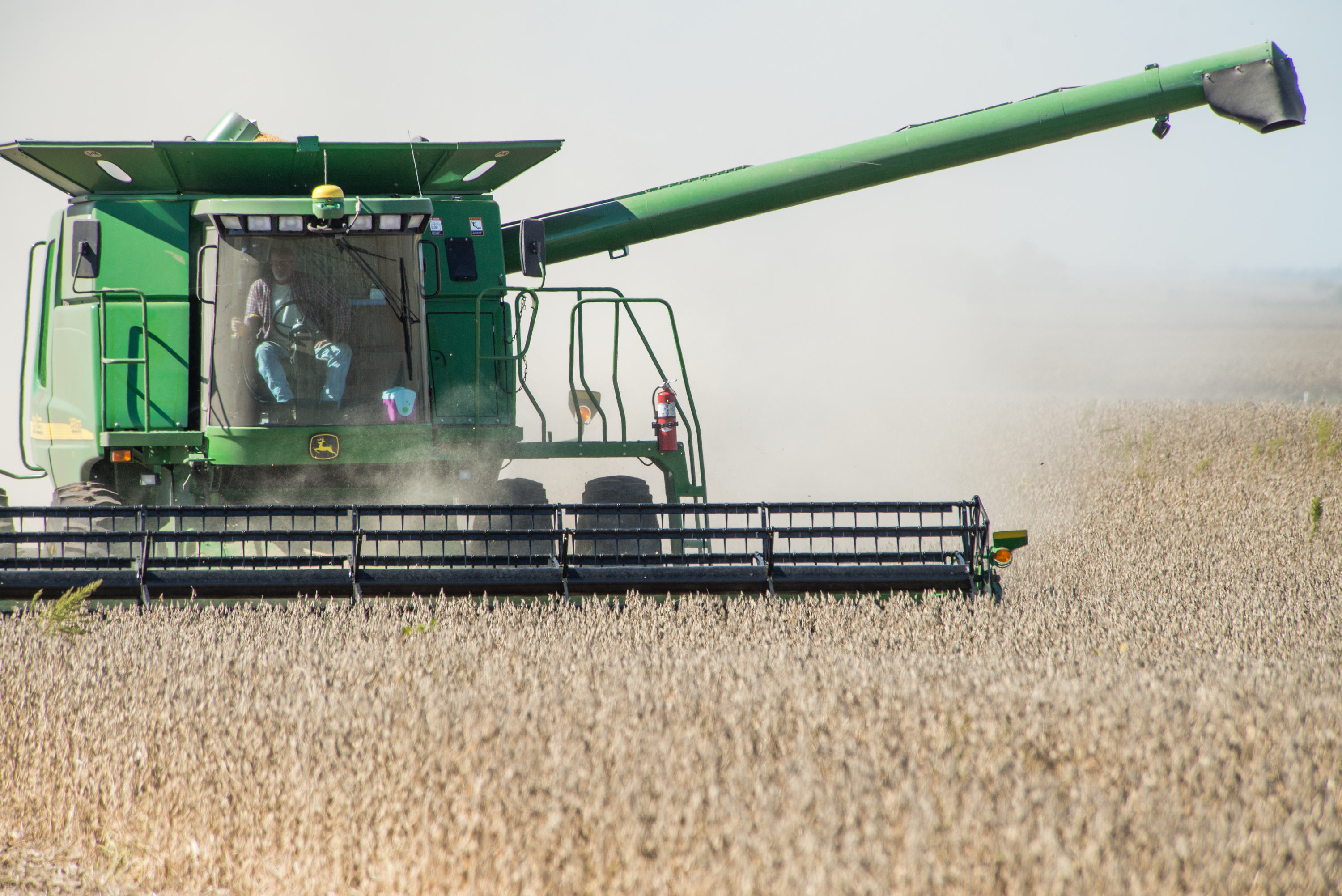 Dust from a soybean crop flies through the air during harvest season. 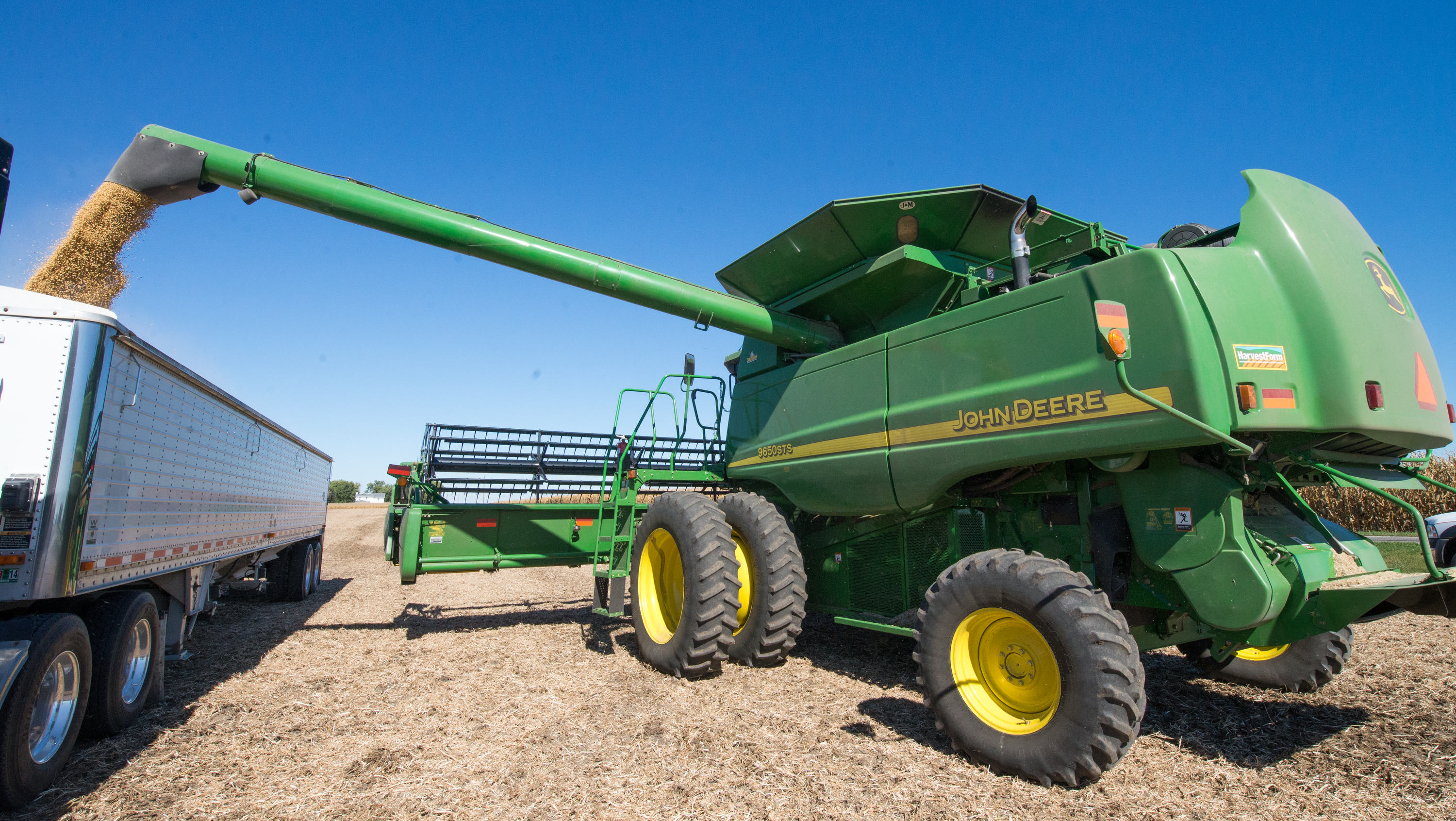 Soybeans are offloaded from a combine to a waiting truck on Oct. 9, 2013. Brian Diers, a soybean researcher, said genetically engineered soybeans have helped protect yields. 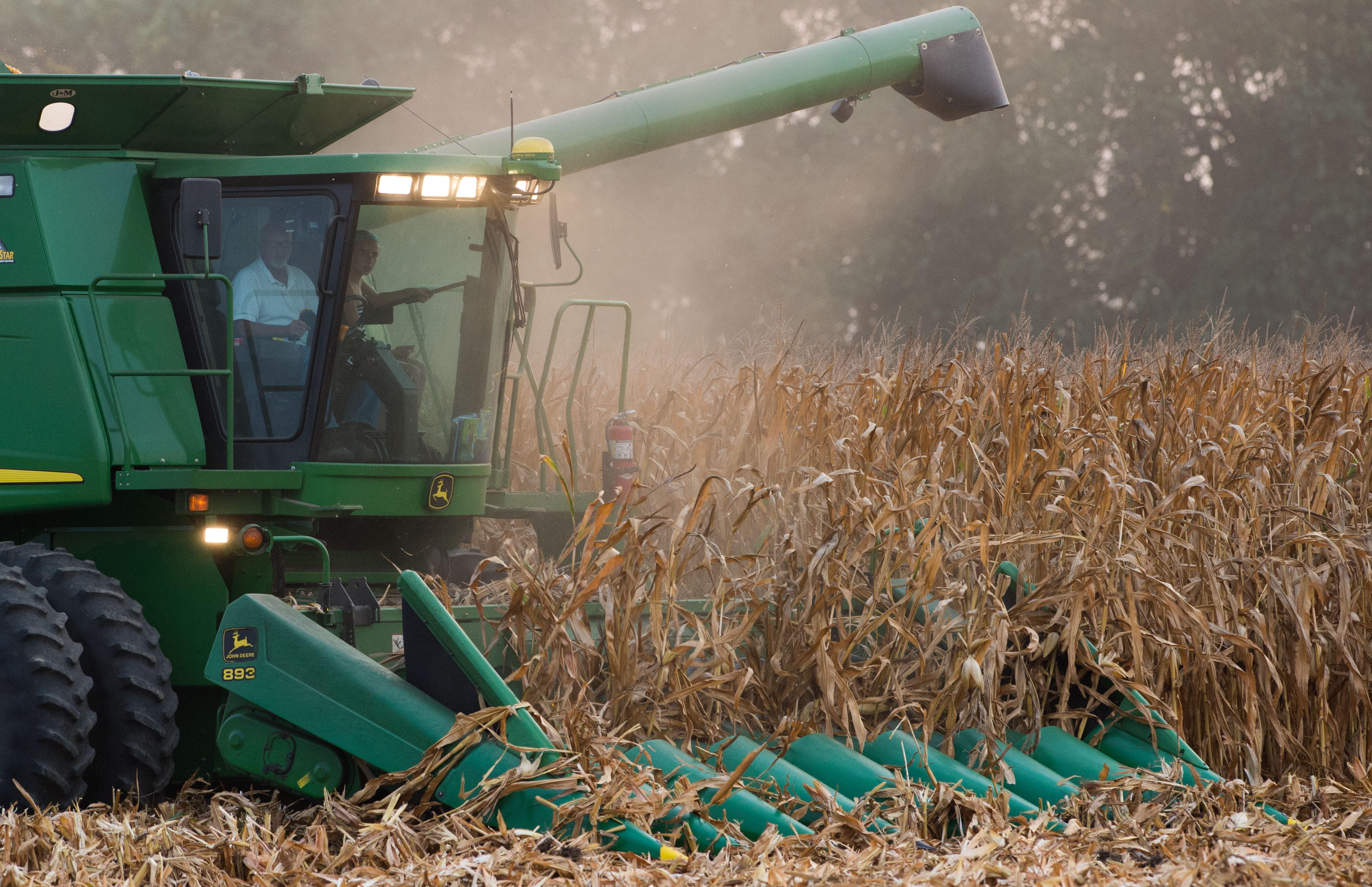 A combine harvests the dried crop. 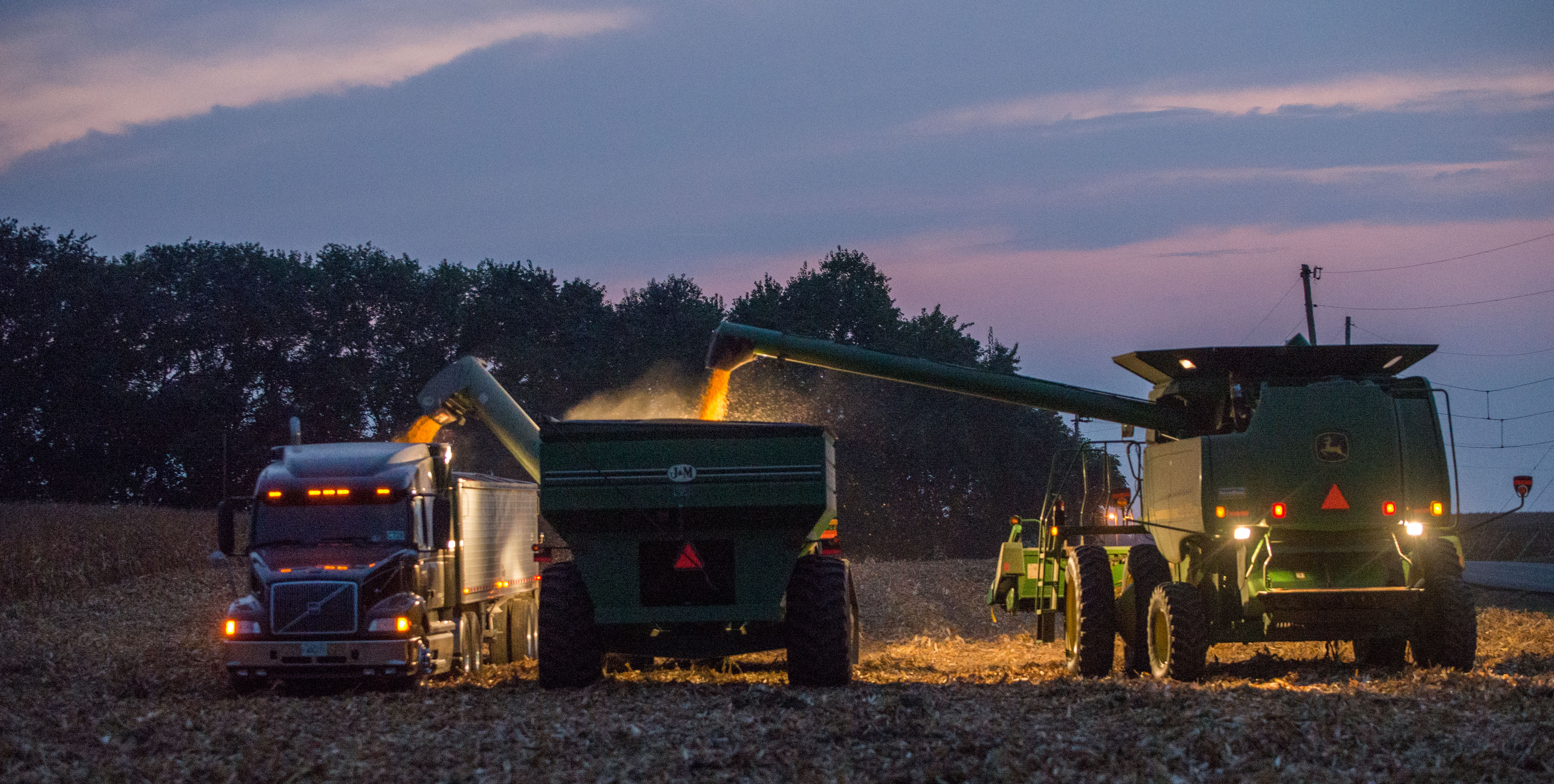 Harvest continues -- sometimes even at night -- at the Anderson Farm near Mansfield, Ill.

A truck carries a harvested crop away.