The U.S. Food and Drug Administration announced a number of food recalls last week because of both possible bacteria contaminations and possible undeclared ingredients dangers.

Crunch Pak of Cashmere, Wash., issued a nationwide recall for nearly 5,500 cases of its apple slices because of a possible Listeria monocytogenes contamination, according to an FDA news release. The specific recalled products include Tart Apple Slices, Sweet Honeycrisp Apple Slices and Blue Raspberry Apple Slices. The contaminated products were in packages of various sizes and had expiration dates ranging from Nov. 14 through Nov. 18.

While Crunch Pak is based in Washington, the contaminated products were sold to retailers and regional distribution centers that may have shipped the apple slices throughout the country, prompting the nationwide recall that FDA officials described as “extra precautionary.” 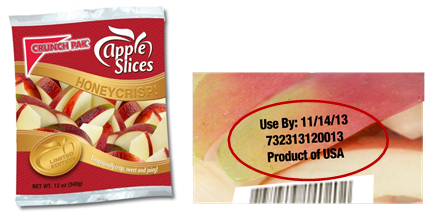 Crunch Pak recalled its apple slices because of a possible Listeria monocytogenes contamination. The recalled products have expiration dates of Nov. 14 through Nov. 18, according to an FDA news release on the recall.

A Listeria infection can also cause miscarriages and stillbirths among pregnant women, according to the FDA news release.

Representatives from Crunch Pak said they are contacting retail customers who received the product directly from the company and asking that they remove the recalled product from store shelves and inventories.

“We are issuing this voluntary recall to reduce even the slightest risk to public health,” said Crunch Pak representative Tony Freytag in a statement to the FDA. “We have always been committed to food safety, and we will continue to make food safety a core competency of our company. We realize that food safety is a constant effort, and we are using this opportunity to further evaluate our food safety systems.” 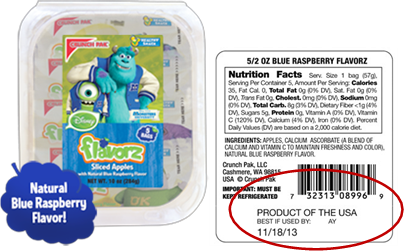 Crunch Pak initiated the recall after inspectors from the Minnesota Department of Agriculture reported that a random sample of apple slices had tested positive for the dangerous bacteria.

As of Nov. 14, there had been no reported illnesses.

The salads have expiration dates between Nov. 9 and Nov. 13.

Symptoms of an E. Coli 0157:H7 infection include abdominal cramps and bloody diarrhea, according to the FDA news release on the recall. Most people recover within a week, but some cases can develop into a life-threatening condition known as hemolytic uremic syndrome that causes kidney failure.

As of Nov. 12, 26 people reported illnesses from E. coli, reported the news release. None of the illnesses were directly linked to products specifically sold at Whole Foods Market stores.

Recalls for chocolates, desserts and other fruit products were also among the recalls last week, as the FDA announced that a handful of products contained undisclosed ingredients that pose life-threatening allergy risks.

Palmer Candy Company of Sioux City, Iowa, issued a recall for 102 cases of HyVee Chocolate Caramel Clusters and 90 cases of Chocolate Covered Caramels because they may contain undeclared peanuts. 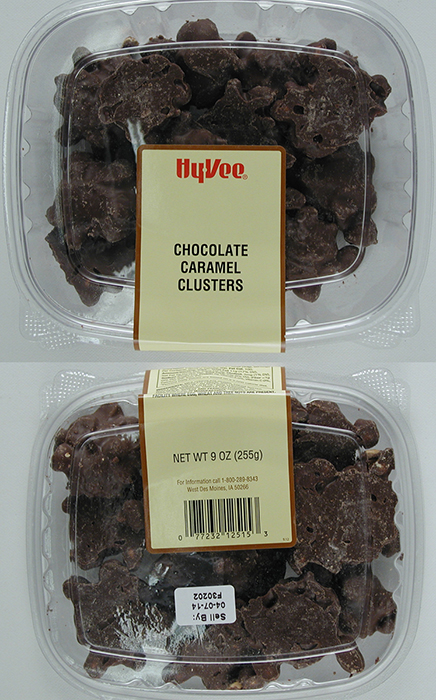 Palmer Candy Company of Sioux City, Iowa, issued a recall for 102 cases of HyVee Chocolate Caramel Clusters and 90 cases of Chocolate Covered Caramels distributed throughout the Midwest because they may contain undeclared peanuts. Each year, about 150 people die because of food allergies, according to the FDA.

The candies were distributed throughout the Midwest.

Another sweet-producer – 3 Fellers LLC of Richmond, Va. – issued a recall for its Chocolate Cream Pies, which may contain undeclared almonds.

The pies were distributed throughout Ohio, Kentucky, Maryland, Virginia, California, Delaware, Pennsylvania, New Jersey and the District of Colombia.

S&M Enterprise of Bayonne, N.J., issued a recall for all of its Fruit of Wolfberry 12-ounce plastic bag packages because the products may contain undeclared sulfites.

The fruit snacks were mostly distributed to retail stores in New York.

The FDA news releases on the recalls said that nobody has reported an illness from the undisclosed ingredients.

Food allergies in the United States are responsible for about 30,000 trips to emergency room and 2,000 hospitalizations annually, according to the FDA. About 150 people die from food allergies a year.

“Each year, millions of Americans have allergic reactions to food,” stated the FDA’s page on food allergens. “Although most food allergies cause relatively mild and minor symptoms, some food allergies can cause severe reactions, and may even be life-threatening.”