Tyson Foods, based in Arkansas and founded in 1935, is one of the world’s leading producers of chicken, beef and pork. It grossed more than $34 billion in sales each year.

“A small number of consumers who contacted the company indicated they had found small pieces of plastic in the nuggets, prompting the company to issue the recall,” the company stated on its website. 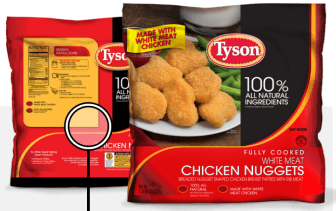 Food-safety investigators traced the problem back to a part inside a blending machine, according to a U.S. Department of Agriculture news release.

The recalled products included 5-pound bags of “Tyson Fully Cooked White Meat Chicken Nuggets” with best-buy dates of either “Jan. 26 2015” or “Feb. 16 2015.” Tyson Foods produced the 5-pound bags on two days on a single production line at one of the company’s 40 chicken production facilities.

Tyson sold the bags of plastic-tainted nuggets at Sam’s Club stores throughout the country.

The company also recalled 20-pound bulk packs of “Spare Time Fully Cooked Nugget-Shaped Chicken Breast Pattie Fritters with Rib Meat.” Those products were only distributed for institutional use in Indiana and Arkansas.

There have been no reports of illness or other serious injuries.

“Tyson Foods has inspected all lines at the production facility to ensure product quality standards are being met and has implemented corrective measures at all of its facilities to prevent similar occurrences from happening,” the company stated.

Tyson Foods has received at least three different citations for hazardous worker-safety conditions and at least $370,000 in initial fines since August of 2012.

The administration proposed $147,000 in initial fines in that case.

“Removing guards and failing to train workers in proper lockout procedures is inexcusable,” said Judy Freeman, an area director for the administration, in a news release. “Tyson Foods failed to ensure safety procedures, demonstrating a lack of commitment to workplace safety and health and resulting in a tragic injury.”

In November, inspectors again issued $121,720 in initial fines for “repeat and serious” violations at a Buffalo, N.Y., manufacturing plant.

The violations were for mechanical, electrical and fall hazards. A violation was also for a refrigeration system that used large amounts of ammonia.

To read about other food-safety issues, see the series: Food Recalls

In August of 2012, the Occupational Safety and Health Administration reported that a mechanic working at a Tyson Foods beef processing plant in Dakota City, Neb., died on the job. The mechanic was working underneath a piece of equipment when it fell and crushed the worker.

The administration proposed $104,200 in initial fines in that case.

“It is unthinkable than an employer would allow workers in and around dangerous operations without ensuring that sufficient safeguards are in place,” said Charles Adkins, an area director for the administration, in a news release.

After investigation, inspectors found seven safety violations, five of which were serious.

On April 4, the Food Safety and Inspection Service announced that Tyson Foods Inc. recalled about 75,000 pounds of its chicken nuggets because small pieces of plastic embedded in the product were giving consumers oral injuries. For more on the recall and on Tyson Foods, continue reading below. 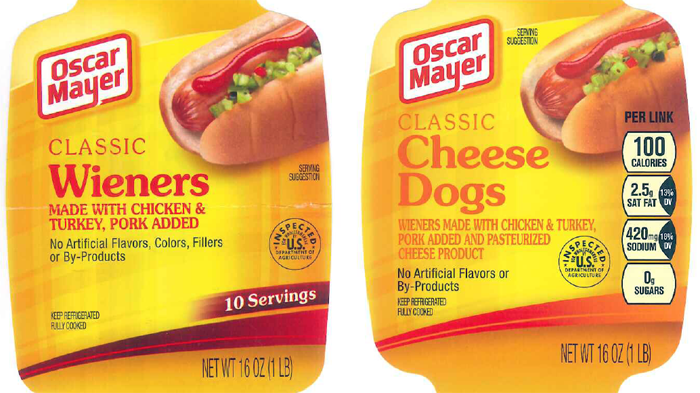 On April 20, the USDA’s Food Safety and Inspection Service announced that Kraft Foods Group Inc. of Colombia, Mo., recalled nearly 100,000 pounds of its Oscar Mayer Classic Wieners because of a product mix-up. Packages of classic hot dogs that were distributed nationwide may instead contain cheese dogs. The mix-up presents food-safety concerns for people allergic to milk. The recall affected 16-ounce individual packages of “Classic Wieners Made with Turkey and Chicken, Pork Added” and 16-ounce cases of “Classic Cheese Dogs Made with Turkey & Chicken, Pork Added, and Pasteurized Cheese Product.” Both products featured best-buy dates of June 16, 2014. USDA officials classified the recall as a Class I high-risk recall. 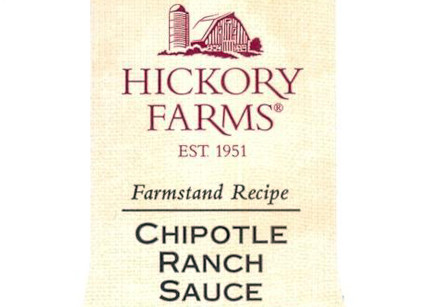 On April 19, the U.S. Food and Drug Administration announced that Hickory Farms Inc. recalled its Chipotle Ranch Sauce because the product includes milk, a known allergen, and does not list it on the label. The recall affected 9-ounce packages of “Hickory Farms Farmstand Recipe Chipotle Ranch Sauce” with best-buy dates of Feb. 08, 2015 and earlier. The company sold the product nationwide. 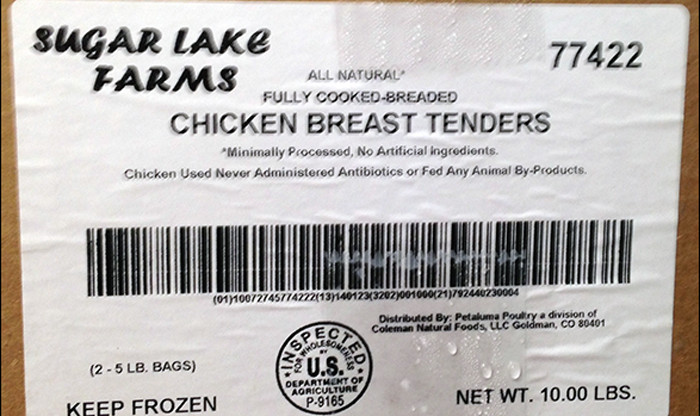 On April 19, the USDA’s Food Safety and Inspection Service announced that Prime Pak Foods of Gainesville, Ga., recalled about 24,000 pounds of its fully cooked breaded chicken breast products because of misbranding and undeclared allergens. According to USDA officials, the products were made with egg and wheat, known allergens that were not declared on the product label. The recall affected Sugar Lake Farms chicken tenders with codes 77422 and 77448 printed on the products’ packaging. The company distributed the chicken to hotels, restaurants and institutions throughout the country. USDA officials classified the recall as a Class I high-risk recall. 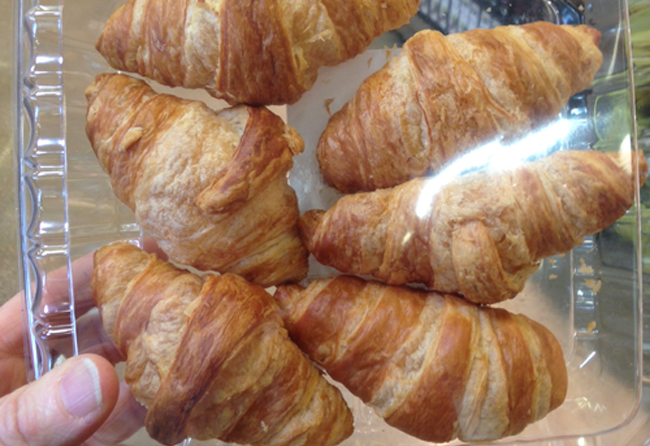 On April 18, the U.S. Food and Drug Administration announced that Whole Foods Market Southwest Region recalled its mini butter croissants because they contain egg, an undeclared allergen. The company sold the croissants to 26 Whole Foods Market stores in Texas, Oklahoma, Arkansas and Louisiana. Consumers can recognize the product by the best-buy data of April 21 to April 23 and by the product code of 2-28719-00499-1. At the time of the announcement, officials had received at least one reported illness from the product. “People who have an allergy or severe sensitivity to eggs run the risk of serious or life-threatening allergic reaction if they consume these products,” FDA officials states in a news release.

On April 17, the USDA’s Food Safety and Inspection Service announced that Bolzano Artisan Meats LLC of Milwaukee, Wis., recalled almost 6,000 pounds of its salami products because of misbranding and because they were produced without the benefit of federal inspection. According to USDA Officials, the recalled products were eligible for in-state distribution under the Wisconsin Department of Agriculture, Trade and Consumer Protection inspection program. However, the products incorrectly bear a label that approves them for interstate shipment. Bolzano Artisan Meats sold the salami products nationwide.