With less than 2 percent of Champaign's population involved in production agriculture, the Champaign County Farm Bureau has made it part of its mission to educate the community about the work being done by Champaign’s agriculture industry.

“We have a commitment to try to educate the other 98 percent on what we’re doing and why we do it,” said Brad Uken, manager of the Champaign County Farm Bureau.

Despite the small percentage of agriculture producers, more and more young people are getting involved in the field, said Larry Wood, director of the Champaign County Farm Bureau Foundation. He said this is due to the industry’s strong job market.

Also read this story on CU-CitizenAccess.org

The background of those entering the industry has also changed, he said.

“Back in the ‘90s, almost all the recipients that we had were coming off the farm,” Wood said. “Nobody else was going into agriculture.”

In recent years, Wood estimated that around 50 to 60 percent of the foundation’s scholarship recipients are not from farms, though some may have family or other connections to farming. Since its inception in 1985, the foundation has given more than $600,000 in scholarships. With the average age of farmers being 58.3, according to the in 2012 Census of Agriculture, the bureau has been making efforts to help younger generations get into agriculture.

Along with scholarships, the foundation has its Earth Partners program, which aims to increase agriculture education for children and expose them to farming.

For older students, the Illinois Farm Bureau has an active Young Leaders program, as well as collegiate farm bureaus at four state universities, including the University of Illinois at Urbana-Champaign.

“We’re starting these collegiate farm bureaus to try to capture these individuals that have an interest in agriculture and get them hooked within the Farm Bureau family,” said Chris Hausman, District 12 director at the Illinois Farm Bureau and former Champaign County Farm Bureau president. 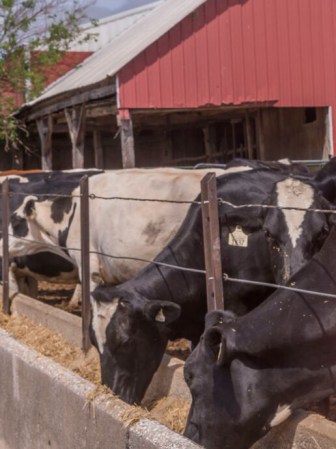 In Champaign County, Ill., agriculture is a major industry. The county's farm bureau is one of the largest ones in the state.

Jacob Meisner, junior in agriculture science education and president of the University of Illinois Collegiate Farm Bureau, said students in collegiate farm bureaus get the same benefits of being a farm bureau member, along with networking opportunities.

In the foreseeable future, Uken said retaining volunteers will be one of the bureau’s biggest challenges.

Recently, volunteers, from both the farm bureau and outside organizations, traveled to Gifford, Illinois to plant trees. Uken said the Gifford Tree Project is something he is particularly proud of. Over a two-year period, the group has planted 425 trees.

Another challenged discussed by both Meisner and Uken is the need for the agriculture community to create conversations with the general public.

“As an industry, we’re challenged with being able to educate folks while trying to keep our image up,” Meisner said. “We’ve not done a very good job of that in the past. Farmers are very much a [keep] to themselves kind of person… so we’re realizing quickly we need to do a better job of that and we have a lot of ground to catch up with.”

Because farmers have not promoted themselves, Meisner said this leads to more questions from members of the outside community who wonder what is going into their food or where it’s coming from.

There is a disconnect between the communities, Uken said, and agriculture needs to do more to bridge that gap.

“It doesn’t mean we’re all going to agree, but at least we have an understanding of where one side is coming from and the other side is at,” Uken said. “And that’s all you can ask for, is that we have the conversation, we listen to each other and try to gain a better understanding.”

CU-CitizenAccess is a community online news and information project devoted to investigative and enterprise coverage of social, justice and economic issues in east central Illinois.