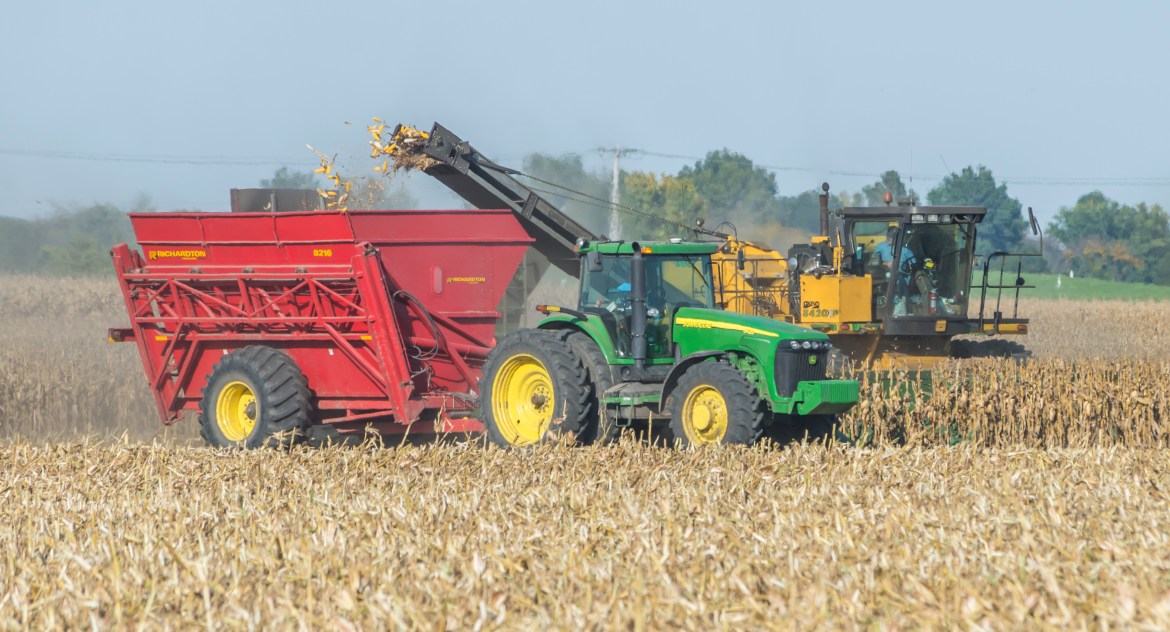 Last year was an important year for agricultural stories, from the slump in the U.S. farm economy because of plunging commodity prices to the outbreak of avian influenza and Congress repealing mandatory country-of-origin labeling on meat products.

A number of stories will not be resolved until 2016 and beyond.

Here is my list of newsworthy agricultural stories from 2015.

The U.S. Department of Agriculture reported that 2015 agricultural exports totaled about $139.7 billion compared to about $152.3 billion the year before. That's a decline of slightly more than 8 percent, and much of that is directly tied to the dollar’s rise.

Projections in 2016 are not encouraging.

The early word from the USDA calls for agricultural exports of about $144.4 billion.

2015 was a difficult year for farmers.

While first detected in December of 2014, it was 2015 when the impact of the virus was realized across the United States.

More than 200 commercial and 20 backyard poultry flocks in at least 21 states were infected by the virus. Some 42 million chicken egg layers and 7.5 million turkeys were culled to prevent the further spread of the disease.

The outbreak caused the Animal and Plant Health Inspection Service to rewrite its guidelines.

As a result of the outbreak, egg prices across the United States topped $3 per dozen in many retail outlets.

The outbreak was initially blamed on the migratory flights of infected wild birds. A lack of biosecurity measures in commercial operations was also a likely contributing factor.

APHIS is already gearing up for the spring of 2016 when cool and damp weather combined with the return of migrating flocks increase the risk of bird flu.

In an effort to maintain market share, the Organization of Petroleum Exporting Countries (OPEC) increased production in 2015, partly in effort to undermine U.S. shale oil production.

All that oil depressed oil futures with benchmark lead month trade falling at times below $40 per barrel.

The U.S. consumer benefited from OPEC production, as many communities saw gasoline prices at the pump less than $2 dollars a gallon for unleaded gas.

Will OPEC take its collective foot off the oil pedal in 2016?

Sometime in 2016, the Congress will convene to hold an up or down vote on the Trans-Pacific Partnership, a trade deal involving the United States and 11 other Pacific Rim nations.

The deal was finalized in October and released to the public in November.

The Obama administration – along with USDA Secretary and TPP Cheerleader-in-Chief Tom Vilsack – maintains the deal will be a boon to U.S. trade.

In a statement after the document went public, Vilsack stated, “The text confirms that this agreement provides new market access across the board for America's farmers and ranchers by lowering tariffs and eliminating other barriers, and will boost exports and support jobs in our rural economies.”

Whether the TTP is a win for U.S. trade in general – and the U.S. farmer in particular – likely won't be known for several years to come.

With just a few weeks remaining in the year, Congress passed a new two-year budget deal.

Tucked in all that deal’s language was the repeal of the U.S. country-of-origin labeling law for beef and pork. The law required packers to indicate at retail where animals were born, raised and slaughtered.

Canada and Mexico filed grievances over COOL with the World Trade Organization and eventually won their cases this past May.

The WTO ruled that the labels stifled trade with Canadian and Mexican cattle and hog producers and approved retaliation expected to exceed $1 billion. It is still not known if congressional action against COOL will satisfy Mexican and Canadian trade ministers.

Will commodity prices remain depressed for row crops? Large world food supplies at the moment suggest the answer to the question is yes.

Will OPEC continue pumping oil flat out or scale back??

What will be in the long awaited update of school lunch and child nutrition programs?

Can the food industry reach an agreement with the federal government on potential genetically modified food labels?

Will Congress affirm the recently reached Climate Change accord which has the lofty goal of cutting global warming and weather change?