A top congressional watchdog has found that the Renewable Fuel Standard isn’t doing its job.

Policymakers implemented the Renewable Fuel Standard in 2005 with the idea of creating an overarching mandate that would reduce greenhouse gas emissions by encouraging the use of conventional and advanced biofuels.

But a Government Accountability Office report released this week said the fuel standard is “unlikely to meet its targets for reducing greenhouse gas emissions.”

Under the updated terms to the Renewable Fuel Standard in Energy Independence and Security Act of 2007, the U.S. biofuel industry is directed to produce 36 billion gallons of biofuel by 2022. At least 21 billion gallons have to come from advanced biofuels, which achieve more greenhouse gas reductions compared to conventional ones such as corn-starch ethanol. 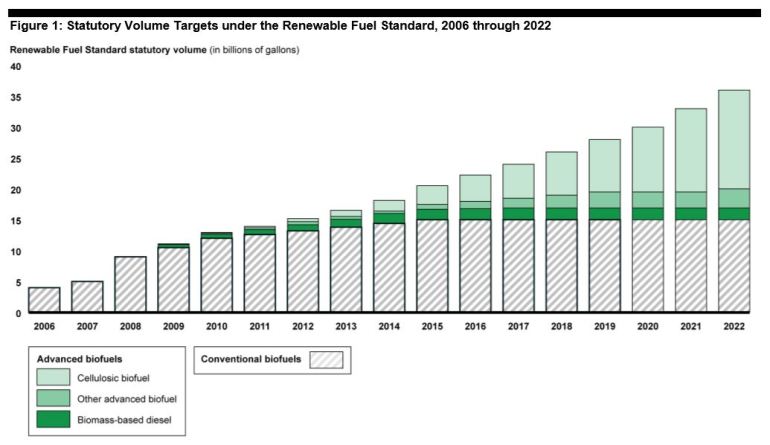 The Renewable Fuel Standard sets biofuel volume targets through 2022. Those targets can be adjusted each year by the EPA. In the years leading up to 2022, the RFS emphasizes a greater production of advanced biofuels, which are more effective at reducing greenhouse gases compared to more conventional types.

One of the biggest issues with fuel standard has been lackluster support for these types of advanced, more environmentally friendly biofuels, according to the accountability office’s report.

Less than 5 percent of the standard’s cellulosic biofuel target of 3 billion gallons was met in 2015.

“It is unlikely that the goals of the RFS will be met as envisioned because there is limited production of advanced biofuels blended into domestic transportation fuels and limited potential for expanded production by 2022,” the report stated.

Corn-starch ethanol is still the dominant biofuel produced to date.

The Renewable Fuel Standard’s shortcomings have partially been caused by widespread industry uncertainty and doubts regarding government commitment, according to experts cited in the report. Producing advanced biofuels is expensive, and many companies rely on federal subsidies to offset costs, they said.

Key tax incentives such as the Second Generation Biofuel Producer Tax Credit are short-term and expire every two years. 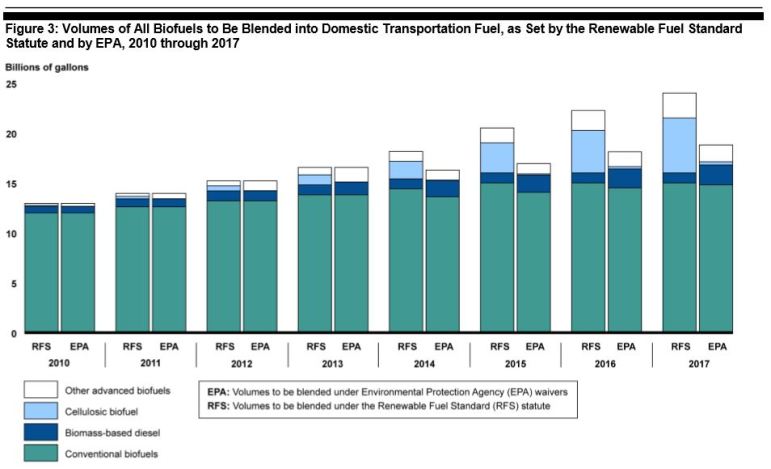 The U.S. Environmental Protection Agency has set biofuel targets lower than those mandated in the Renewable Fuel Standard. The most prominent different has come from advanced biofuels.

The recent report is not the only time the Government Accountability Office and other critics have found major issues with the Renewable Fuel Standard.

In 2011, GAO investigators found that the standard had problems related to the transportation and selling of gasoline blended with more than 10 percent ethanol.

In 2014, they found that the EPA had been consistently late in setting annual volume requirements.

“Opposition is increasing from both liberals and conservatives and from all geographic areas, even the Corn Belt,” said U.S. Senator Roger Wicker (R-Mississippi) in a statement earlier this year. “There is a growing awareness that the elimination of the fuel standard could bolster energy markets and actually decrease carbon dioxide emissions.”

Wicker sits on the U.S. Senate Committee on Environment and Public Works.