The federal government has taken steps aimed at reducing the spread of antibiotic-resistant bacteria, a serious health threat that sickens an estimated 2 million people in the United States each year.

But nobody knows if those steps — many focused on monitoring the antibiotics given to cattle, hogs and chickens raised for food — are working.

According to a recent report from the nonpartisan Government Accountability Office, there are “gaps” in the U.S. Department of Agriculture and Food and Drug Administration’s antibiotic oversight. Those gaps include a lack of data collected from farms and of metrics that help gauge whether government initiatives are actually doing what they’re designed to do.

The FDA most recently implemented controls in January that address how farmers can distribute antibiotics to livestock.

“Antibiotic resistance is a public health crisis, not only in the U.S., but globally,” said Cameron Harsh, senior manager for organic and animal policy for the Center for Food Safety. “It is a critical food safety issue that we are running out of time to address.” 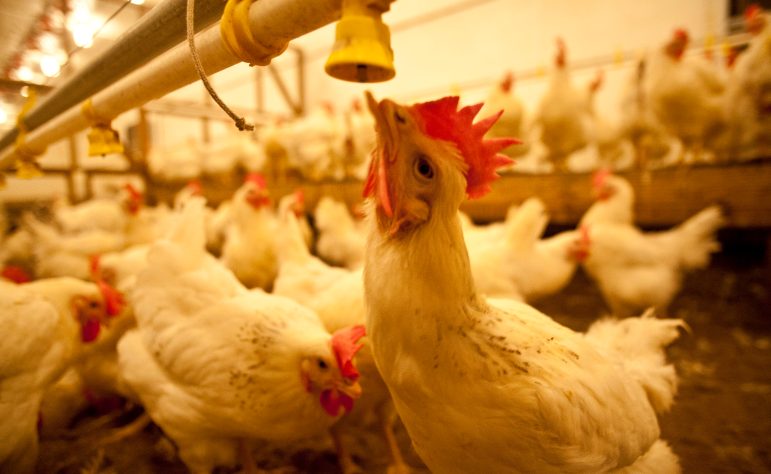 Poultry and livestock producers use antibiotics to treat infection and discourage illnesses in their animals. But over time, bacteria can become resistant to the antibiotic drugs and pose a threat to humans, researchers say.

In agriculture, farmers mix antibiotics — antimicrobial drugs that kill bacteria — into their livestock’s water or feed in order to treat infection or discourage disease. Some antibiotics can also be delivered through injections. In addition to treating health problems, many farmers have historically administered antibiotics to their animals to encourage growth and make them bigger as well.

Similar to drugs for people, some livestock antibiotics can be bought over-the-counter, while others need a prescription from a veterinarian.

The use of antibiotics in agriculture has become so widespread that sales for farm use totaled more than 34 million pounds in 2015, USDA data shows.

But scientists point out that bacteria are built to adapt and survive.

That means when a poultry farmer regularly gives his or her chicken small doses of antibiotics to make the bird fatter, the bacteria living in that bird’s body begin to battle back. Instead of being wiped out, they can stick around and then multiply, possibly spreading to other chickens nearby.

“The U.S. has allowed relatively unrestricted use of approved antibiotics until rather recently,” Harsh said. “It has also relied on guidance rather than legally-binding, regulatory changes to address the issue, which will not go far enough to achieve the necessary reductions in antibiotic in food animals.”

Once antibiotic-resistant bacteria develop in animals, the “super germs” may pass to humans through the handling or consumption of their meat.

Department of Defense officials identified the first person in the United States to carry a resistant variety of E.coli bacteria in May of 2016. In that case, the potentially deadly bacteria developed a gene to make them resistant to colistin, a drug doctors see as a last-resort option for treating patients with multidrug-resistant infections.

Statistics from the Centers for Disease Control and Prevention show that at least 23,000 Americans die each year as a direct result of having infections that cannot be treated because of bacteria resistant to antibiotics.

“In terms of food safety issues, there is no direct comparison,” Harsh said. “Antibiotic resistance is putting humans and animals at extreme risk and we are facing an increasingly dangerous world because of it.” 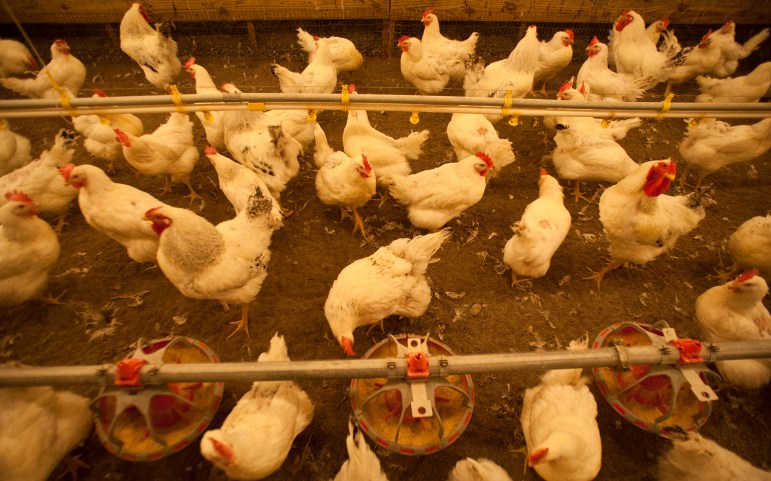 According to the Government Accountability Office, often referred to as the watchdog of Congress, government agencies need to develop more reliable metrics to monitor antibiotic resistance in livestock.

Identifying the ‘gaps’ in oversight

The FDA controls created at the start of the year are supposed to restrict the use of antibiotics in animals for weight gain and tighten prescription requirements.

At the time, many food safety advocates and scientists viewed the new controls as a giant leap forward.

But the Government Accountability Office in its report found that the controls — sometimes referred to as the “judicious use program” — might not lead to better oversight after all. Too many loose ends still remain, GAO found.

Some antibiotics do not define duration of use on their labels, for example. That leads to producers using them for extended periods when, in reality, they only need those drugs for a week or less. Without developing a process to establish appropriate durations of use on labels, government agencies will not know whether they’re making progress toward real, practical “judicious use.”

In its report, GAO also highlighted the fact that USDA and FDA do not conduct on-farm investigations during outbreaks from foodborne illness, including illnesses linked to antibiotic-resistant pathogens in animal products.

The Government Accountability Office has brought up the issue of antibiotic resistance in livestock at least two other times besides its latest report — once in 2004 and then again in 2011.

To improve oversight, GAO recommended that USDA and FDA develop more effective metrics for assessing the progress their programs are making.

It also recommended that the agencies work together to conduct on-farm investigations when needed.

“Regulation of antibiotic use in food animals in the U.S. has been minimal and progressed incredibly slowly, especially compared to countries in the European Union, which began restricting and banning the use of certain important antibiotics in food animals as early as the 1970s,” Harsh said.

“There weren’t many (any) surprises in the report,” he said.

“Antibiotic resistance is one of the biggest public health threats we face and we need a comprehensive response to preserve the effectiveness of antibiotics,” Feinstein said in 2015 after first introducing the Preventing Antibiotic Resistance Act, which sought to require the FDA to stop allowing the use of key, medically-important antibiotics in agriculture unless drug makers could prove use would not pose a risk to human health.

The bill was reintroduced in March of this year.

PredictGov, a system for predicting legislative outcomes, gives the bill a 1 percent change of being enacted.

Despite concerns, industry officials argue that stronger laws, including ones that set hard targets for the amount or weight of antibiotics used, might make the problem worse.

“It may actually push people to use more important and more potent antibiotics,” Warner said. “Instead, we advocate measuring outcomes related to stewardship to assess our continued improvement of responsible antibiotic use.”