How long should the Middle Fork Vermilion River be protected from the toxic coal ash ponds sitting on its bank?

At a June People’s Hearing on the fate of the Vermilion coal ash ponds, organized by the Eco-Justice Collaborative, Rick Cobb, Deputy Division Manager, Division of Public Water Supplies of the Illinois EPA, stated the closure plan from Dynegy must stabilize the Middle Fork riverbank “in perpetuity.”

“That stability has to be there in perpetuity, no matter what option,” Cobb said.

Sanjay Sofat, Chief of the Illinois EPA’s Bureau of Water, also said “in perpetuity” regarding groundwater quality at the site. In their review of Dynegy's proposal for closing up the site, “we want to see that, in perpetuity, it is going to comply with the groundwater standards,” he said.

Others at the event, including Mike Marron, former Republican chairman of the Vermilion County Board now serving in the State Legislature, were elated to hear the P word as a requirement for the Illinois EPA’s final approval. "Whatever the solution is,” he said, “it needs to be a permanent solution."

Everyone seems to agree on the P word.

“What was really heartening for me was to hear the representative from the Illinois Environmental Protection Agency say publicly and repeatedly that whatever solution Dynegy comes up with has to address the question of this pollution in perpetuity,” said Rob Kanter, Prairie Rivers board member and Clinical Associate Professor at School of Earth, Society and Environment, University of Illinois, “not how well this is going to hold up for 20 years or 25 years or 30 or 50 years, that we're looking for a solution that protects the people's interest in the river in perpetuity.”

But given the location of the ash ponds within the floodplain of a meandering river with rapidly eroding banks, questions remain about what “perpetuity” means.

“I think that we as humans tend to think we can engineer nature and I think the evidence suggests otherwise,” said Eco-Justice Collaborative co-director Pam Richart. “Nature always wins.”

In early 2018 merged with Dynegy Inc. and acquired all of Dynegy’s assets including the Vermilion site. The name of the combined company is Vistra.

Vistra declined multiple requests for an interview to answer questions. Instead, it issued a written statement in which the company promised to install “successfully proven” riverbank stabilization technology.

“It’s Vistra’s belief that the riverbank stabilization work could be completed in the course of a year once the company is able to begin working" the statement said. "The wildcard is the timing of the regulatory approvals combined with ongoing intervention by outside groups intent on slowing it down for their own agenda."

Thomas Cmar from Earthjustice takes exception to the term “outside groups.”

“We have no interest in slowing down efforts to protect the Middle Fork,” Cmar said. “Dynegy's likely assuming that public participation in the process will necessarily slow things down, that public involvement and the oversight of agencies such as the National Park Service are inconvenient. But this is all a necessary part of the process.”

Kristin and Mike Camp have lived near the Middle Fork for more than 60 years, and are now vocal advocates for removing the Vermilion coal ash ponds from the banks of the river. In an interview, Kristin was taken aback by Vistra’s complaint about intervention by outside groups. “I don't even know who they're referring to,” she said. “Because you know the only groups I've worked with are Prairie Rivers and the Eco-Justice Collaborative local and they're local. My one agenda is move the coal ash.” 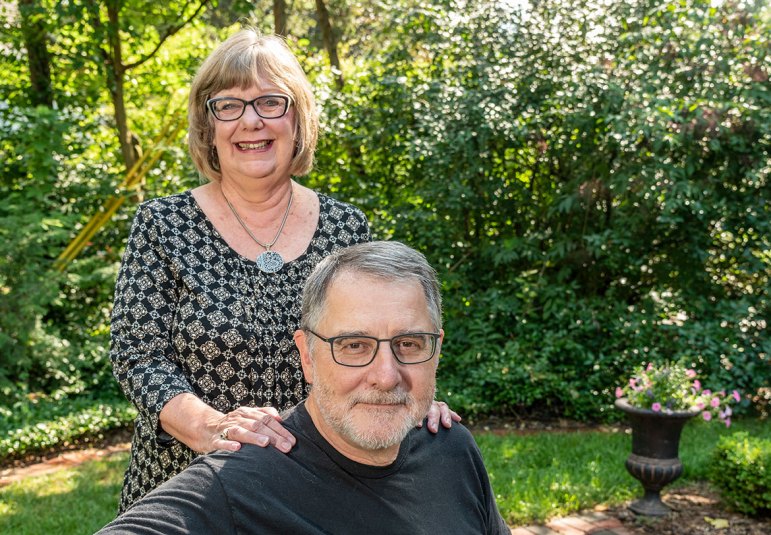 Lan Richart is co-director of the Eco-Justice Collaborative with his wife Pam. “Vistra talks about pursuing an effective solution to the problem as rapidly as possible. And I think we would endorse that,” he said. “The difference is that what Vistra thinks is an effective solution is short term. They are clearly looking at the primary impediment being the time getting their permits to do the ‘cap and leave,’ and reinforce that riverbank. We would like to see this move rapidly also but we think the best decision is to move the ash.”

“We also we need to remember that that when you're talking about in perpetuity, corporations do not last in perpetuity. Corporations come and they go,” Pam Richart said. “So when we think about how that relates to providing a guarantee financially, in perpetuity, for ensuring that any river bank stabilization and the coal ash pits that are going to remain in place is accounted for, it raises some pretty big questions.”