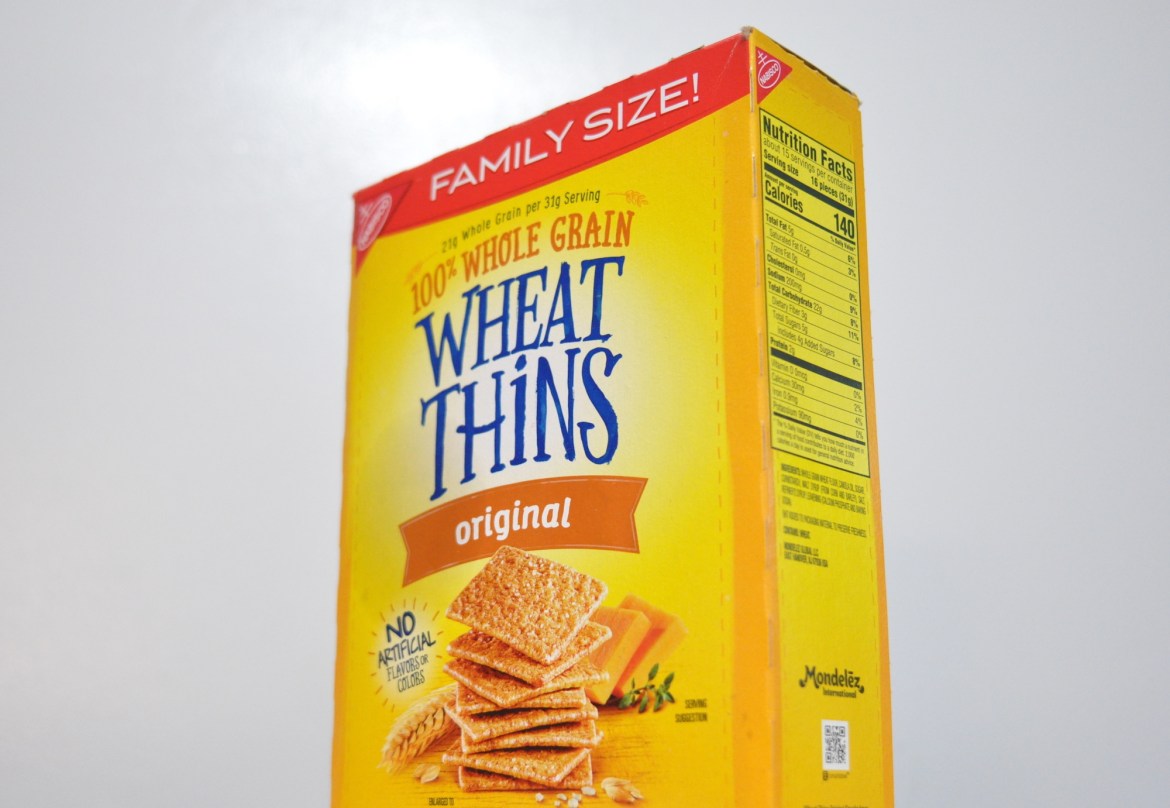 Mondelez Global LLC, which makes a variety of wheat-based foods, including Wheat Thins, is in the middle of a dispute with the U.S Commodities and Futures Trading Commission over alleged wheat futures manipulation.

Two of the biggest food companies in the U.S. were fined a $16 million penalty for allegedly manipulating the wheat market for its own gain as part of a settlement agreement reached in August.

The U.S Commodities and Futures Trading Commission brought the suit against Kraft Foods Group, Inc. and Mondelez Global LLC in 2015, claiming the food companies purchased around $90 million in wheat futures contracts on the Chicago Board of Trade in the summer of 2011, with the intention of manipulating the market for a profit.

Kraft Foods made $26.2 billion in total sales in 2018, making it the fifth largest food and beverage company, according to Food Processing Media. Mondelez made $25.9 billion.

Kraft normally buys wheat for producing food through the cash market, not on futures contracts, according to Law360. But when a food company buys grain contracts, commodity markets and farmers see the purchase as a signal it is planning to use more wheat. Farmers may make planting decisions, or change their grain-selling strategy.

Kraft and Mondelez never received delivery of that additional wheat and the CFTC alleges it was never the companies' intention. The market interpreted the purchase as an increased demand for wheat and the companies sold the futures at a profit of more than $5 million.

“Market manipulation inflicts real pain on farmers by denying them the fair value of their hard work and crops,” said Chairman Heath P. Tarbert, in a statement. “It also hurts American families by raising the costs of putting food on the table.”

The suit by CFTC was based on new rules put in place in 2010 by the Dodd-Frank Wall Street Reform and Consumer Protection Act after the 2008 financial crisis. The CFTC saw the consent order as a win for the agency in keeping market manipulation in check.

“The Commission has provided sufficient evidence to find that the defendants violated the law,” said Commissioners Dan M. Berkovitz and Rostin Behnam, in a statement. “It is not only Kraft’s $16 million payment that is doing the talking. The Commission is speaking loudly and clearly as well: those who manipulate or attempt to manipulate our commodity markets will be prosecuted and punished.

John Lothian, publisher of John Lothian News, a financial media company that covers market regulation, said this case could have been a model for how food companies are allowed to use the futures markets.

“It’s their job (CFTC) to provide clarity over what these rules mean and where the bright lines are. They didn’t do that,” he said.

Instead, the agency entered into a Consent Order with Kraft, ending the four-year-long litigation in a $16 million civil monetary penalty. The CFTC touted the settlement as a win.

“The Commission believes that the Consent Order advances our mission of fostering open, transparent, and competitive markets,” the CFTC said in an August 15 statement.

“It doesn’t help the market at all. The $16 million that the CFTC got is nothing compared to the value of clarity to the marketplace in terms of, what is manipulation and what isn’t,” he said. “The fact that they’re playing up, ‘Wow! They’re paying three times as much as they earned on this’ is stupid.”

Now, however, both food companies allege the CFTC broke a portion of the agreement when it posted statements about the settlement online.

On August 15, the day after they settled, the CFTC published a series of press releases and comments on its website, which the food companies said violated the agreement they made.

While the agency acknowledged the Consent Order, it also went on to say actions like the ones Kraft allegedly took can damage the markets, farmers and consumers. In a Motion for contempt, sanctions and other relief, filed August 16 in the U.S. District Court for the Northern District of Illinois, Kraft and Mondelez said the comments violated the agreed-upon confidentiality.

“We strongly disagree with the CFTC’s statements, which blatantly violate and misrepresent the terms and spirit of the consent order, and will be seeking immediate relief from the court,” said Lynne Galia, Corporate Affairs spokesperson for The Kraft Heinz Company, in an emailed statement. Mondelez echoed Kraft’s sentiments.

The companies are also seeking damages of an undisclosed amount for what it calls “a deliberate, orchestrated effort to violate the Court’s Consent Order within minutes of its entry,” by the CFTC.

“The reason for their statement is to supply their version of supposed facts that improperly tout a supposed victory for the CFTC,” said Kraft and Mondelez in the filing.

But the CFTC argued that, while the commission could not comment on the particulars of the case, the individual commissioners could. The food companies didn’t buy that argument.

“There will be no reason for future parties to agree to settlements if the Commissioners—the only parties with the power to bind the CFTC to an agreement in the first place—may simply disregard the agreement without consequence,” said Kraft and Mondelez in the complaint.

In response, the CFTC removed the releases from its website on Monday, August 19. The Midwest Center for Investigative Reporting archived the documents for this story.

Both Kraft and the CFTC are due in U.S. Federal court on October 2 for evidentiary hearings related to the August 16 complaint.

The CFTC did not respond to requests for comment.

See the CFTC's statements, as well as Kraft and Mondelez' complaint here.

This story was updated on September 5 to include the October 2 court date.