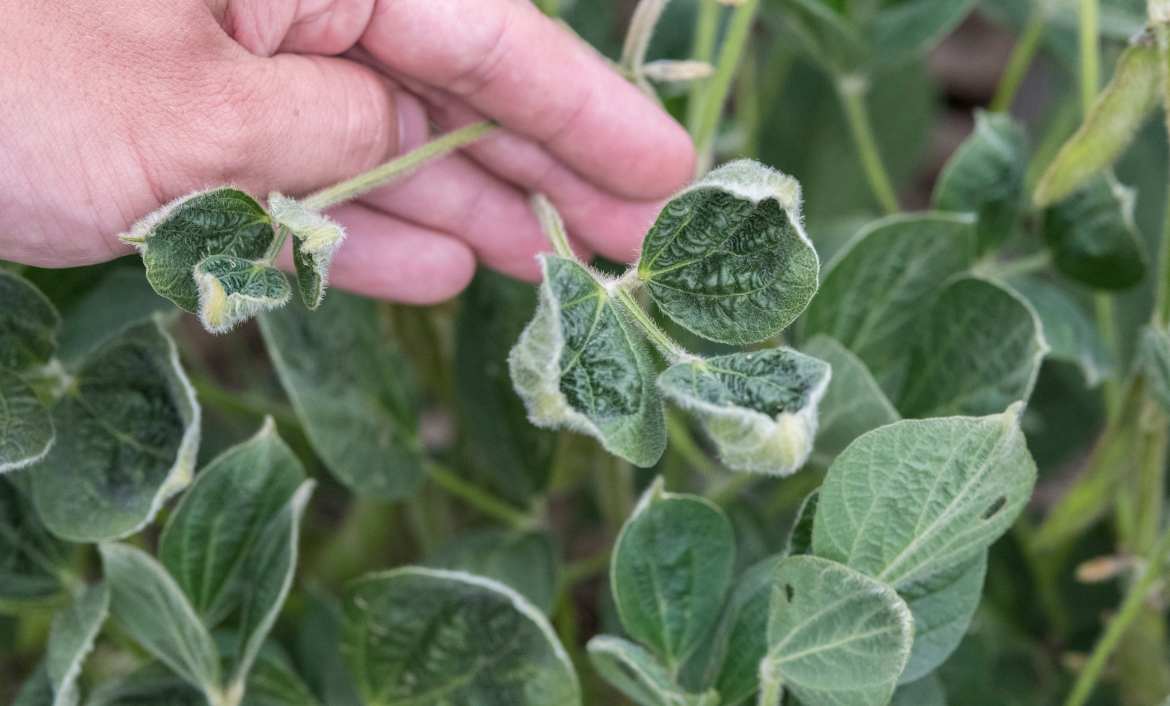 The $265 million verdict issued last week against German agribusiness giants Bayer and BASF is just the beginning of a new legal battle between the companies and thousands of farmers.

Since 2017, Monsanto and BASF officials have denied that its new dicamba weed killers are prone to moving off the genetically modified soybean and cotton fields where they are sprayed and onto neighboring fields, despite complaints from farmers, feedback from pesticide applicators, studies from university academics and the finding of state regulators.

Last week, a federal jury rejected the companies’ argument, siding with a Missouri peach farmer who alleged that his orchard is going out of business because it has been continuously harmed by both Bayer, which bought Monsanto in 2018, and BASF’s dicamba-based herbicides. The jury awarded plaintiff Bader Farms $15 million in actual damages and $250 million in punitive damages.

Bayer and BASF both said they plan to appeal the verdict.

Dicamba is a weed killer that has traditionally been limited in use because of its propensity to drift and harm crops. But in 2017, Monsanto and BASF released new formulations of dicamba designed to be sprayed over new genetically modified soybean and cotton crops and touted to be less volatile.

The companies face at least 130 lawsuits over dicamba. Many of those seek to be class-action lawsuits that would represent the thousands of farmers – largely growers of non-resistant soybeans but also specialty crop farmers – whose fields have allegedly been damaged.

U.S. District Court Judge Stephen Limbaugh Jr., who presided over the Bader case, is overseeing the pre-trial process for those cases, which have been combined into multi-district litigation in the Eastern District of Missouri in Cape Girardeau, Mo. Under that setup, lawyers representing the farmers form an executive committee and work together on preparing the case, including taking depositions and filing document requests.

Lawyers are now looking at the Bader Farms case, which showed that Monsanto officials knew they would get thousands of drift complaints and limited testing of the herbicide with regulators paying attention to drift, as an indication of things to come.

“The road map has been laid for plaintiffs on how to win this,” said Paul Lesko, an attorney at Peiffer Wolf Carr & Kane, which is representing 27 clients in the multidistrict litigation.

Like in the Bader case, Bayer’s defense will be “in a general sense” that inspections of those fields didn’t find dicamba damage, said Chris Hohn, an attorney with Thompson Coburn, which is representing Bayer.

Instead, the complaints are caused by a myriad of different issues, including other pesticides moving off-target and dicamba being sprayed off-label, Hohn said.

BASF did not respond to a request for comment.

Hundreds of lawsuits could become thousands

In the coming months, Limbaugh will decide how the 130 or so other lawsuits will continue.

The result could be a class action, where farmers from each state are combined into one case that is heard by a jury. If not, the case will remain a mass tort, where certain “bellwether” cases are heard by juries to help inform a settlement.

If the case continues as a class action, there will be no need for farmers to file their own individual lawsuits. The next trial is tentatively set for this fall but could be delayed.

“I think 5,000 complaints is just the tip of the iceberg,” said Don Downing, an attorney with Gray, Ritter & Graham who assisted with the Bader case and is chairman of the plaintiffs’ executive committee.

The number is complicated by the fact that drift complaints are likely to continue into 2020, as the herbicide is still on the market and complaint issues have worsened in some parts of the country.

Illinois, the nation’s top soybean producing state, had fewer than 100 total drift complaints annually for all pesticides for 30 years. Since then, dicamba has set new records each year – with more than 700 dicamba complaints in 2019.

Bayer, meanwhile, has been receiving fewer drift-related inquiries, the company said. Bayer stands by its dicamba products, which are extremely popular among some farmers for their effectiveness at killing glyphosate-resistant weeds.

Bayer is “actively investigating” why farmers are filing so many complaints, said spokeswoman Susan Luke.

“It is not a simple or straight-forward process,” Luke said, pointing to a Bayer document that reviewed the effectiveness of the dicamba-tolerant cropping system.

She said that not all damage complaints turn out to be dicamba-related. The process is complicated by the fact that significant data is required to document cause of a drift incident and often is not available for a particular claim, Luke said.

The dicamba litigation has parallels to Roundup cases, where tens of thousands of people have alleged they were diagnosed with Non-Hodgkin lymphoma from using the Monsanto product. Bayer is reportedly considering a $10 billion settlement in that case but is continuing to sell Roundup, the most commonly sprayed weed killer in the United States.

“It’s a difficult issue when a company continues to sell a product that is confining to harm others. It poses difficult issues for settlement,” Downing said.

The U.S. Environmental Protection Agency registration for the dicamba-based herbicides expires at the end of the year.

‘What do they owe for the damage?’

Bayer believes the case should not continue as a class action because each individual case has different circumstances, Hohn, Bayer’s lawyer, said.

“You have to go to each individual field,” he said. “When you do that, as you actually go visit the field, you can find any number of different circumstances.”

Lesko, the plaintiffs’ attorney, disagreed. He said that all the cases, no matter the crop, have one thing in common: dicamba.

Aaron Hager, an associate professor of weed science at the University of Illinois, said the science points to the fact that dicamba is moving off-target and harming crops, no matter what Bayer says.

“They can’t defend this,” Hager said.

It’s hard to know how much money could be at stake in the litigation, said Michael Klenov, an attorney with Korein Tillery, a law firm that has represented plaintiffs in similar cases. That’s why the bellwether process is important.

“No one knows precisely how to value everything, so you let the market decide,” Klenov said.

The majority of the allegations involve soybean farmers, who are alleging damage from a single crop in one year, Hohn said. That could mean lower damage totals than those alleged by Bader Farms, which claimed $20.9 million in future losses because of long-term damage to its peach trees.

Klenov said from his reading of the situation, it seems clear juries will side with plaintiffs on the fact that damage occurred.

“Here no one can argue the fact that dicamba damaged people's crops. It's not that complicated. That's pretty much a given,” he said. “The question is, what do they owe for that damage?”