Among early-December recalls, food-safety officials announced that more than four tons of meat and poultry products would be recalled because they were produced in “insanitary conditions.”

On Dec. 9, Yauk’s Specialty Meats of Colorado issued an initial recall for about 90,000 pounds of its various meat and poultry products after government inspectors reported “rodent activity in the production, storage and retail areas of the property,” according to a Food Safety and Inspection Service news release. 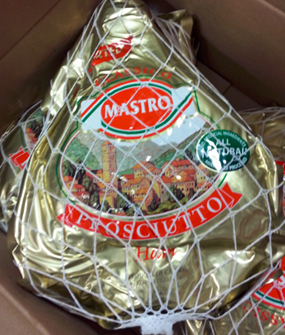 Provided by the Food Safety and Inspection Service

On Dec. 6, Santa Maria Foods of Ontario, Canada, also issued a recall for about 2,600 pounds of its boneless ham prosciutto product because of a possible Listeria monocytogenes contamination.

But after further investigation, the company expanded the recall on Dec. 12 to also include Four Sisters Farm products, Heart Rock Bison products, Luc’s Pizza products, Windsor Dairy products and products from nine of its other brands, as well.

The recalled products were produced between April 1 and Dec. 5, and were sold in Colorado, Nebraska, New Mexico, Utah and Wyoming.

The Food Safety and Inspection Service classified the recall as a “Class I” recall, meaning “there is a reasonable probability that the use of the product will cause serious, adverse health consequences or death.”

On Dec. 6, Santa Maria Foods of Ontario, Canada, also issued a recall for about 2,600 pounds of its boneless ham prosciutto product because of a possible Listeria monocytogenes contamination.

Listeria monocytogenes can cause Listeriosis, a serious infection that causes multiple health problems.

“Listeriosis can cause fever, muscle aches, headache, stiff neck, confusion, loss of balance and convolutions sometimes preceded by diarrhea or other gastrointestinal symptoms,” the Food Safety and Inspection Service reported. “In pregnant women, the infection can cause miscarriages, stillbirths, premature delivery or life-threatening infection of the newborn.”

The Food Safety and Inspection Service – the U.S. Department of Agriculture agency responsible for monitoring meat, poultry and eggs – classified the recall as a Class I recall. However, it reported that there have been no illnesses associated with the contamination as of Dec. 6.

Blooming Import Inc of New York issued a nationwide recall for all of its imported Golden Lion Brand Dried Ziziphus Jujuba Mill dried dates because they contain undeclared sulfites, according to a U.S. Food and Drug Administration news release. People with severe sensitivity to sulfites run the risk of serious or life-threatening allergic reactions if they consume the recalled product.

Sulfites are commonly used in preservatives for dried fruits. 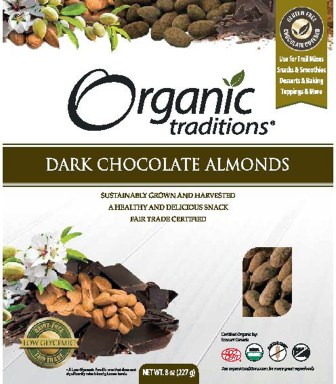 Provided by the Food and Drug Administration

On Dec. 11, Health Matters America Inc issued a recall for a variety of its nut products because they contained undeclared milk, a known allergen.

Health Matters America Inc, also of New York, issued a recall for a variety of its nut products because they contained undeclared milk, a known allergen.

Stores in Illinois, Indiana, Kansas and 19 other states carried the recalled product.

The Food and Drug Administration also announced that Whole Foods Market issued a recall for its organic creamy spinach dip because it contains undeclared egg, another known allergen.

The Food and Drug Administration announced all three of its recalls on Dec. 11.

Lastly, the Food Safety and Inspection Service announced on Dec. 6 that StockPot Inc of Washington issued a recall for about 22,400 pounds of its chicken noodle soup because of misbranding that resulted in its soup not listing wheat – a known allergen – on the label.

According to the agency, the product was released with a Loaded Baked Potato Style Soup side label instead of a chicken noodle soup label. The mislabeling happened when a printing company assembled the labels incorrectly.

Officials categorized the recall as a “Class II,” low-risk recall.