While most of that total was recalled because the food products contained undeclared allergens – a common and low-level health risk – tens of thousands of pounds of meat produced by an Illinois company had to be recalled because of a possible serious bacteria contamination.

On Jan. 17, Gusto Packing of Montgomery, Ill., recalled more than 67,000 pound of sliced spiral ham products because of a possible Listeria monocytogenes contamination. A news release on the recall stated that the company shipped the hams to wholesalers for further distribution in Illinois, Indiana, Kentucky, Ohio and parts of Canada.

The Food Safety and Inspection Service categorized the recall as a Class-I high health risk recall.

Information from the Centers for Disease Control and Prevention describes Listeria monocytogenes as a bacterium that can cause fevers, muscle aches, diarrhea and other gastrointestinal symptoms when consumed. Extreme cases can turn into septicemia or meningitis.

The Midwest Center for Investigative reporting attempted to contact the company for comment on the recall, but representatives did not respond to multiple phone calls made on both Feb. 3 and Feb. 4.

The single-largest recall from the end of last month happened on Jan. 19 when Truitt Brothers Inc. of Kentucky recalled about 1.77 million pounds of shelf-stable pasta and ground beef products because of an undeclared allergen. Specifically, the recall was for 9-ounce microwaveable containers of Kraft Velveeta Cheesy Skillets Singles Ultimate Cheeseburger Mac with the best-by range of March 2 through Oct. 24.

According to the Food Safety and Inspection Service news release on the recall, the products were distributed nationwide and contained hydrolyzed soy protein and dried soy sauce.

These are some of the labels belonging to the Gust Packing recalled ham products.

All products subject to the recall bear the establishment number “P-13584” under the USDA Mark of Inspection label.

The company distributed the par-fried chicken tender products to wholesale locations that distribute for institutional use nationwide.

The last of the four large meat recalls, European Meat Products Inc. of Colorado recalled about 130,000 pounds of various fresh and ready-to-eat beef and pork on Jan. 17 because the products may have contained undeclared wheat.

A previous Midwest Center for Investigative Reporting review of recalls found that undeclared allergens – such as milk or peanuts – and mislabeling are the most common reasons behind all government-announced food recalls. From Nov. 1 through Jan. 16, the Food Safety and Inspection Service and the Food and Drug Administration announced recalls for about 50 products, half of which were caused by undeclared allergens and mislabeling.

The end of January was no different.

Of the 16 total food recalls announced during the second half of last month, a dozen were triggered because of undeclared allergens and mislabeling.

In addition to the major recalls already mentioned above, here are some other prominent undeclared allergen recalls: 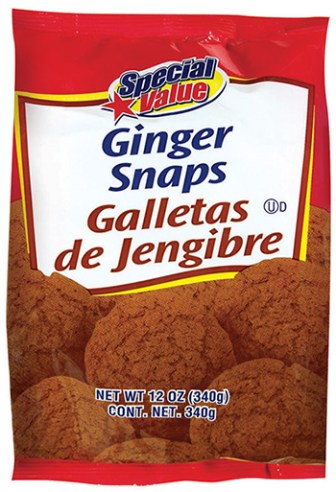 On Jan. 31, Unified Grocers – the largest retailer-owned wholesale grocery cooperative in the western United States – recalled its 12-ounce bags of “Special Value Ginger Snap Cookies” because they may contain undeclared eggs. The company distributed the cookies throughout California, Arizona and Nevada. The error resulted after inspectors determined the ginger snap cookie packages were, in fact, mistakenly stuffed with cinnamon sugar cookies.

On Jan. 30, Walker’s Food Products Co. of Missouri recalled more than a ton of chicken salad products that contained an undeclared soy protein concentrate. The company sold the recalled products in Illinois, Kansas, Missouri and Oklahoma.

On Jan. 27, Pringles recalled “an hour’s worth of production” of its Original crisps. Products produced during that hour may have been accidentally exposed to seasoning that contained milk. Pringles distributed the recalled Original crisps to seven customer warehouses that sell to retail stores across the country.

Other recalls prompted by undeclared allergens and mislabeling were for cereal, waffles, instant chocolate drink mix, donuts and candy.

A brand of cat food was also recalled because of Salmonella concerns.

For a complete list and more information, please see the recall announcements from the Food Safety and Inspection Service and the Food and Drug Administration.