The U.S. Department of Agriculture’s Food Safety and Inspection Service recently announced that a California plant had to recall nearly 9 million pounds of beef processed from “diseased and unsound animals.”

The beef was produced by Rancho Feeding Corporation – based in Petaluma, Calif. In addition to using diseased and unsold animals, a news release on the recall also stated that the products were shipped out to stores without the benefit of a full federal inspection, making them “unfit for human food.”

The Food Safety and Inspection Service categorized the recall as a “Class-I,” high-risk recall.

“Thus, the products are adulterated, because they are unsound, unwholesome or otherwise are unfit for human food and must be removed from commerce,” read the news release.

The company produced more than a dozen products from the questionable beef, including beef feet, oxtails, hearts, livers, cheeks, tongues, heads and mountain oysters. All the products were made between Jan. 1 and Jan. 7 and bear the establishment number “EST. 527” inside the USDA Mark of Inspection label.

Rancho Feeding Corporation sold the beef products to distribution centers and retail stores in California, Illinois, Oregon, Texas and Washington. Many of the businesses that received the beef were gas stations, convenience stores and small-scale groceries, according to a federally compiled list.

On Tuesday afternoon, Nestlé also voluntarily recalled some of its batches of Hot Pockets Philly Steak and Cheese sandwiches associated with the Rancho Feeding Corporation beef.

However, as of Feb. 14, there were no reported illnesses.

Records show that the recall – announced on Feb. 14 – is the company’s second major recall in slightly more than a month. On Jan. 13, the Food Safety and Inspection Service announced a separate recall for more than 40,000 pounds of Rancho Feeding Corporation beef that also did not receive a full federal inspection.

Although the recent Rancho Feeding Corporation recall is one of the single largest beef recalls in recent memory, it is far from the largest on record.

In 2008, the Department of Agriculture ordered Westland Meat – also of California – to recall about 143 million pounds of its beef sold to the school nutrition program because cattle that were not inspected and too sick to stand were slaughtered for human consumption.

That particular recall led to a major lawsuit and a $155 million dollar settlement reached in November.

In addition to the beef recall, federal food safety agencies also recently announced that a handful of other products were recalled because of possible Salmonella and E. coli threats.

On Feb. 4, the Food Safety and Inspection Service announced that PFP Enterprises of Texas issued a recall for nearly 16,000 pounds of beef because it may be contaminated with possibly six different strains of E. coli.

On Feb. 15, the Food Safety and Inspection Service announced that Nutriom LLC of Washington issued a recall for about 230,000 pounds of processed egg products because the products may be contaminated with Salmonella.

The contaminated egg products were distributed throughout the United States and Canada. They were also shipped to U.S. military installations, domestic and abroad.

On Feb. 7, the Food and Drug Administration announced that Big Red Tomato Packers of Florida issued a recall for 790 of its 20-pound and 25-pound boxes of fresh tomatoes because they may be contaminated with Salmonella. 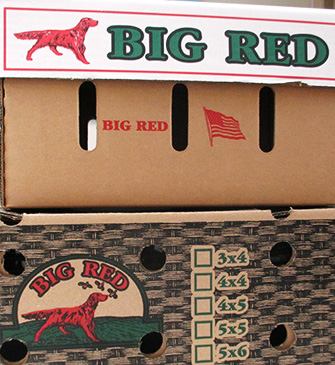 Tomatoes produced by Big Red Tomato Packers in Florida may be contaminated with Salmonella. The tomatoes went out to stores and distributors in Florida, North Carolina, Michigan, Minnesota, Pennsylvania and Tennessee.

The company is suspended from producing any more of the product, and the Food and Drug Administration is investigating the source of the problem.

The contaminated tomatoes were sold in Florida, North Carolina, Michigan, Minnesota, Pennsylvania and Tennessee. They are labeled with the lot number “1106.”

On Feb. 11, the Food and Drug Administration announced that Roth Farms of Florida issued a recall for its Bunched Curly Parsley because it is also possibly contaminated with Salmonella.

The product was sold to south Florida distribution centers and is labeled with the lot number “AG01GN” on the outside tag.

The company is suspended from producing any more of the product, and the Food and Drug Administration is investigating the source of the problem.

The more information on food recalls, visit the recall pages from the Food and Drug Administration and the Food Safety and Inspection Service.