A five-state, high-risk beef recall has now been expanded to include the rest of the country. 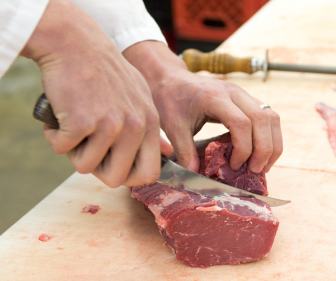 The Food Safety and Inspection Service is responsible for inspecting poultry, meat and eggs in the United States. About 9 million pounds of beef processed at a California plant were recalled because it did not benefit from an FSIS inspection.

Earlier this month, a California-based meat plant had to recall nearly 9 million pounds of beef processed from “diseased and unsound animals” that did not receive proper inspection.

At first, officials from the Food Safety and Inspection Service reported that Rancho Feeding Corporation only sold that unsafe meat to distribution centers and retail stores in California, Illinois, Oregon, Texas and Washington. Those same officials are now reporting that the entire country may be at risk.

And while safety officials announced the expanded scope of the recall, some critics argue that they have scarcely provided any other information about the recall.

For instance, in most cases, the Food Safety and Inspection Service provides extensive detail on how the problem was discovered. So far, the U.S. Department of Agriculture agency has not done so. Likewise, some pasture-fed cattle that were deemed sound and disease-free are also under recall because they were processed at the Petaluma, Calif., plant, and the ranchers who raised those cattle do not understand why.

Because of the lack of information, some policy makers have expressed their frustration with the food-safety agency responsible for monitoring meat, poultry and eggs.

“What I’m troubled by most right now is the inability to get good information on what is happening,” said U.S. Rep. Mike Thompson (D-Calif.) in a statement.

Distribution records show that nearly 2,000 retailers throughout the United States have had to recall the meat, including prominent stores such as Walmart and dozens of smaller convenience stores

California had the most retailers affected by the recall. More than 1,200 retailers were affected in the state.

Another meat company had to recall thousands of pounds of meat because of improper inspection procedure last week, as well.

On Feb. 26, Santa Maria Foods Corporation – a Canadian meat company – recalled nearly 9,000 pounds of various meat products because the products were imported into the United States without the benefit of a full U.S. Department of Agriculture inspection, according to a Food Safety and Inspection Service news release.

The Food Safety and Inspection Service categorized the recall as a Class II, low-risk food recall.

In addition to the Food Safety and Inspection Service recalls, the U.S. Food and Drug Administration announced other recalls because of undeclared allergens and possible bacteria contaminations.

The FDA reported that, as a result of the recall, the company has changed the way it processes green chilies. Falafel King will now heat all its chili to at least 165 degrees Fahrenheit and then cool it before adding it to its products.

No illnesses have been reported in connection with the product.

On Feb. 23, the FDA announced that Roos Foods of Delaware issued a recall for a variety of its cheeses because the products may also be contaminated with Listeria monocytogenes. Food inspectors discovered the problem when a sample of cheese collected by the Commonwealth of Virginia Department of Agriculture and Consumer Services tested positive for the dangerous bacteria.

The cheese products were distributed throughout Maryland, Virginia and Washington D.C.

An undisclosed number of illnesses have been linked to the cheese products.

Roos Foods has ceased production and distribution of products, and the FDA is further investigating he source of the problem.

On Feb. 19, the FDA announced that Fannie May Confections Brands recalled 12,000 red, heart-shaped gift boxes of assorted chocolates because one piece of candy contained peanuts, and the label on the box did not list peanut as an ingredient.

The heart-shaped boxes were sold to grocery stories and gift shops throughout the Midwest. Retailers that carried the product included Walgreens, Hallmark Gift Shops and Jewel Grocers.

At the time of the news release, at least one person had to seek medical care because of an allergic reaction to the undeclared peanuts.

On Feb. 28, the FDA announced that Unilever United States, Inc. voluntarily issued a recall for an undissolved number of 20-count boxes of Popsicle brand Orange, Cherry and Grape-flavored ice pops. The frozen treats may have been inadvertently exposed to milk, an ingredient not listed on the box’s label.

Consumers can recognize the recalled products by the best-before dates “JUN0315GBV,” “JUN0415GBV” and “JUN0615GBV,” according to an FDA news release.

At the time of the new release, Unilever received at least one report of two different milk allergic reactions associated with the product.

Food allergies in the United States are responsible for about 30,000 trips to emergency room and 2,000 hospitalizations annually, according to the FDA. About 150 people die from food allergies a year.