Iowa farmers say that if a new Environmental Protection Agency proposal takes effect, their fields could be considered regulated water bodies — which could drastically change the way they do business.

Under the proposed rule, agriculture communities contend that land that only carries water during heavy rain would be considered U.S. waters. Therefore, without a permit, farmers would not be able to spray pesticides or herbicides on the land because they are considered pollutants under the Clean Water Act.

Such a violation could cost a farmer without a permit $37,500 a day.

In March, the EPA issued a proposed rule for public comment intended to define what is considered a water body under its jurisdiction. The rule includes the navigable waters of the country that have traditionally been covered under the Clean Water Act as well as all tributaries, waters adjacent to these waters, and other waters with what the EPA vaguely calls a significant nexus to a navigable water.

In June, the U.S. House Transportation and Infrastructure Committee held a hearing on the matter. Republicans, who control the committee, were critical of the EPA’s efforts.

The main controversy for farmers is the definition of what is or is not a tributary.

“Basically, whenever rain hits the ground, it starts to come together to form a stream,” said Craig Hill, the president of the Iowa Farm Bureau and a farmer in Warren County. “When you read this rule, it says that is a water of the United States.” 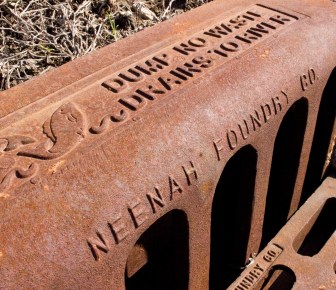 The proposed rule defines a tributary as “a water physically characterized by the presence of a bed and banks and ordinary high water mark” and something that contributes directly or indirectly to the flow of a protected water. Those in the agriculture community say the language can be interpreted to include channels that form when it rains but are usually empty.

Officials at the American Farm Bureau admit their interpretation of the rule is as broad as possible because they want to point out how it could be interpreted in court, said Don Parish of the bureau.

Bills have been introduced in both the U.S. Senate and House. Sen. Chuck Grassley, (R-Iowa) has cosponsored the Senate bill, and Rep. Tom Latham (R-Iowa) has signed on to the House bill.

“The proposed rule is way beyond the scope of the law and is full of loopholes and unclear guidance that leave agricultural interests scratching their heads and very concerned about the ramifications,” Grassley said in a statement emailed to The Daily Iowan. “It’s a power grab that needs to be stopped.”

Rep. Dave Loebsack (D-Iowa) wrote his own letter to the agency in April. 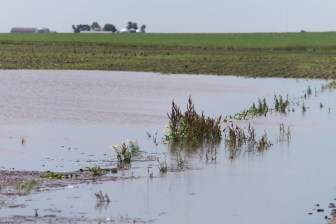 Iowa farmers say that if a new EPA proposal takes effect, their fields could be considered regulated water bodies — which could drastically change the way they do business.

“I understand how the proposed rule is very confusing for many different folks,” he said in a statement. “The EPA has continued to say that this rule won’t change anything for farmers. I intend to hold it to that, and I’m going to work to make sure nothing changes for farmers,”

The EPA lists what would not be considered a U.S. water, such as gullies and ditches that drain only in areas up-land of water. However, Parish said, the exceptions are narrowly and poorly defined.

Gullies, for example, are defined as “relatively deep channels that are ordinarily formed on valley sides and floors where no channel previously existed.” However, the preamble of the rule also says even if the banks of a tributary disappear at times, it is still regulated as a tributary.

Parish said because the rule doesn’t go into detail about the difference between a tributary and a gully, he can’t distinguish between the two.

In Iowa, it is illegal to deposit pollutants into certain kinds of ditches and grass waterways. But farmers say the concern is over an expansion of jurisdiction.

Given how broadly the rule has been interpreted, one EPA official said the government agency will have plenty of time to re-evaluate the language after the comment period ends on Oct. 20.

A final version of the rule will be issued some time in 2015.

“The proposed rule is way beyond the scope of the law and is full of loopholes and unclear guidance that leave agricultural interests scratching their heads and very concerned about the ramifications." - Sen. Chuck Grassley (R-Iowa)

The interpretative rule was intended to extend an agriculture exemption for soil deposits in protected waters under the Clean Water Act to 56 conservation practices. However, the rule also stipulated the implementation of the practices must comply with the National Resource Conservation Service standards, which farmers rarely follow and were never required too in the past.

Iowa Attorney General Tom Miller, along with 14 other attorneys general, has signed a letter calling for the interpretative rule to be withdrawn. An official in Miller’s office said he hopes the EPA will take the letter into consideration.

The EPA said it has received comments on the rule and will evaluate possible changes.

“We have absolutely heard those concerns, and those concerns were an unintended consequence of the agency’s actions,” said Ken Kopocis, an official in the EPA’s Office of Water.

Amid the various arguments and interpretations of the new rules issued by the EPA, perhaps only one thing is certain — the confusion may go unresolved for some time.