As Americans gear up to eat more than 40 million pounds of turkey this month, a handful of U.S. senators are calling for stronger Department of Agriculture oversight to reduce pathogens in poultry.

Their push follows a recent government report that found poultry products – such as chicken and turkey – cause more foodborne-illness deaths than any other commodity.

“It is our belief that new, strong pathogen standards must be established to reduce the number of foodborne illnesses and deaths attributed to poultry products,” wrote U.S. senators Dianne Feinstein (D-Calif.), Richard Durbin (D-Ill.) and Kirsten Gillibrand (D-N.Y.) in a letter dated Oct. 20. 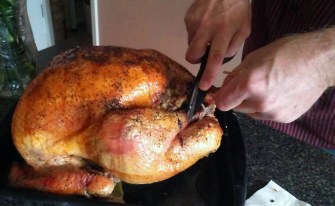 Sampling standards on young turkey carcasses have gotten more rigorous in recent years. In 2005, regulation permitted 13 of 56 sampled turkeys to test positive for salmonella. In 2011, authorities lowered that acceptable amount to four of 56 turkeys.

The Government Accountability Office released its report in October, identifying several challenges that the USDA’s Food Safety and Inspection Service faces in its oversight of poultry. While the inspection agency is responsible for monitoring the safety of all meat, eggs and poultry produced in the United States, it lacks enforcement power and has disjointed industry standards, according to the report.

For example, the agency can recommend a food recall when it suspects health hazards, but it cannot enforce one. The U.S. Food and Drug Administration does have that authority, however.

And, although it has sampling standards for whole turkey and chicken carcasses, it does not have standards for raw or mechanically separated poultry parts.

“As a result, plants are able to meet standards for young chicken carcasses but then have an outbreak associated with chicken parts,” the report stated.

In addition to those challenges, the agency – which operated with a budget of about $1 billion during this current fiscal year – is tasked with regulating more than 6,000 food-production facilities scattered throughout the country.

Food-safety officials linked poultry to nearly a third of sampled salmonella cases during an analysis of outbreaks from 2004 to 2008.

Despite the report’s criticism and the policymakers’ concern, officials from one of the top turkey processors in the world said the U.S. poultry industry has steadily taken steps to reduce the risk of foodborne illness.

“We are confident in the safety of the products that we produce for our consumers,” said Scott Eilert, vice president of food safety, quality and regulatory affairs for Kansas-based Cargill Turkey and Cooked Meats, in an email. “We continuously seek new and better ways to reduce the risk of foodborne illness and to advance best practices in our meat and poultry business.”

Cargill has invested more than $1 billion in food-safety efforts throughout the past 15 years, Eilert said, adding that it also employs about 700 train food-safety professionals throughout its North American animal-protein operations.

The company produces about 1 billion pounds of turkey each year.

“The lack of authority and the division of authority between FDA and USDA is incredibly challenging,” said Paige Tomaselli, a senior attorney for the advocacy group Center for Food Safety. 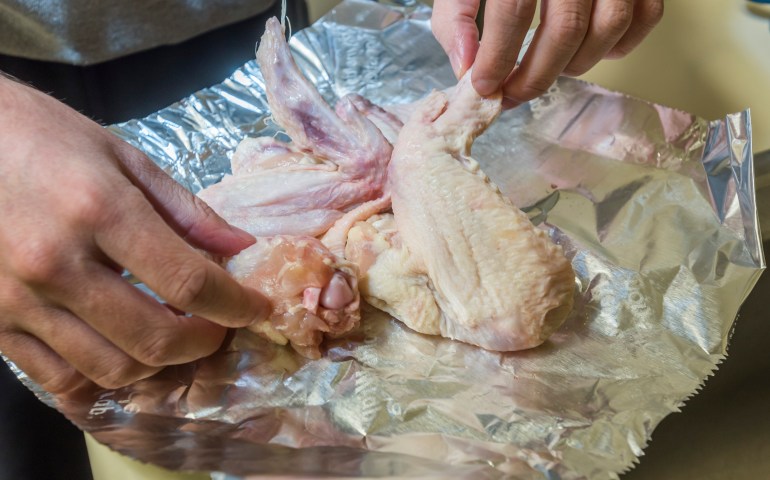 Before the 1970s, poultry was largely sold on a whole-bird basis, according to the Government Accountability Office Report. Chicken parts became popular as a result of the inspection process. If a whole chicken failed inspection, plants would cut out the failing portion and sell the remaining pieces.

In 2014, a salmonella outbreak linked to Foster Farms chicken infected more than 600 people.

And in 2011, yet another salmonella outbreak linked to ground turkey produced by Cargill Meat Solutions Corporation sickened more than 130 people and was responsible for at least one death.

“We focus on making sure that we purchase breeding stock that test negative for randomly and naturally occurring salmonella, and we employ rigorous sanitation and control measures at our breeder farms, hatcheries and grow-out farms,” Eilert said. “We also employ food safety interventions measures at our processing facilities and conduct a high degree of monitoring to ensure these interventions are as effective as possible.”

Even with the outbreaks, Catherine Cutter – who works as a professor and food-safety extension specialist at Pennsylvania State University’s Department of Food Science – said food-safety has come a long way in the United States. Progress, she said, took off with the introduction of the Hazard Analysis and Critical Control Point plan, better known simply as HACCP, in 1996.

HACCP is a process that determines when hazards might be introduced in food production. Under HACCP, companies are responsible for identifying food-safety hazards and establishing internal controls that prevent or reduce those hazards.

“If you look at baseline data for pathogen prevalence in poultry products and even meat products, we have seen a marked decrease in the incidents of these pathogens in meat and poultry products since the implantation of HACCP,” said Cutter, who previously worked as a USDA microbiologist and served as a secretary-of-agriculture-appointed member of the National Advisory Committee for Meat and Poultry.

“We’ve made great strides and seen significant improvement in reducing pathogens in our meat and poultry supply,” she added.

In some aspects, the accountability office report suggested otherwise.

In 2006, the Food Safety and Inspection Service launched an initiative to reduce salmonella in poultry products. The Centers for Disease Control and Prevent reported that, since that initiative, salmonella infections in humans have not decreased and the incidence of campylobacter in humans has increased by about 13 percent.

Use the above window to read through the letter on poultry standards from U.S. senators Dianne Feinstein (D-Calif.), Richard Durbin (D-Ill.) and Kirsten Gillibrand (D-N.Y.). Zoom in or out with the slide bar on the top right corner. Flip from one page to another page using the arrow icons on the bottom of the viewer.

Salmonella and campylobacter are two of the main pathogens that could lead to illness from eating poultry, though each pathogen features several different strains that may affect humans differently.

Food-safety workers linked poultry to about a third of all salmonella outbreaks from 2004 through 2008, according to the accountability office report.

In 2011, the Food Safety and Inspection Service lowered the acceptable amount of salmonella inspectors could find in sampled young chicken and turkey carcasses from 20 percent to no more than 7.5 percent. 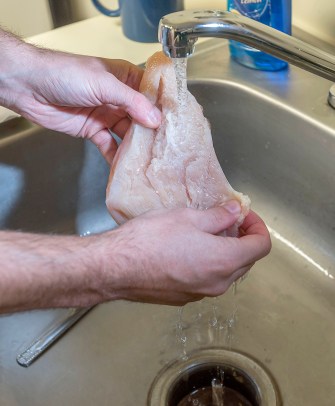 Many consumers still wash chicken before cooking it, but doing so splatters pathogens throughout the kitchen. Instead, consumers should simply \"start letting heat do the job,\" according to food-safety expert Catherine Cutter.

“Cargill will continue to work to meet evolving regulatory requirements for all of our food products, just as we and the rest of our industry partners have done for many years in the past,” Eilert said.

In August, the USDA published a new, optional rule to modernize poultry-slaughter inspections.

Outreach efforts aimed at educating consumers about handling poultry will also help reduce foodborne illness, Cutter said, noting that one important lesson consumers need to learn is to not wash chicken before cooking it, as doing so can splatter pathogens throughout the kitchen.

Instead, Cutter said consumers need to “start letting heat do the job” in killing microorganisms.

“All these actions, I think, have attributed to the decline in the presence of foodborne pathogens in meat and poultry,” Cutter said.