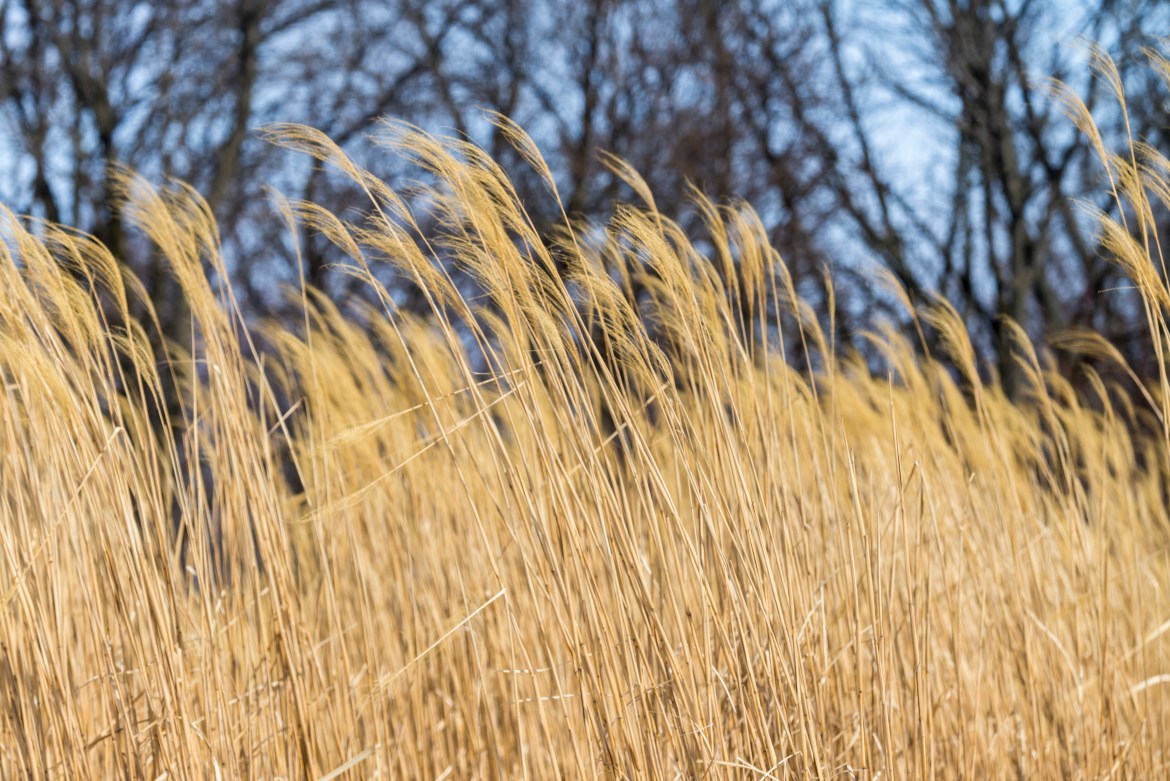 Biofuels can be processed from a wide variety of plants and plant matter. That list includes the tall grass miscanthus, shown here.

On Sept. 12, the Institute for Sustainability, Energy and the Environment at the University of Illinois held its annual iSEE Congress at the Alice Campbell Alumni Center. The conference focused on how to improve energy efficiency and renewable energy to meet future energy needs. Here are six takeaways:

The United States’ electric grid is inefficient, congested and aging, said K.R. Sridhar, the founder and CEO of Bloom Energy.

And he thinks that means there is opportunity.

By 2020, the electricity market is projected to be valued at $4 trillion, and there is tremendous unmet need, even in developed countries like the United States, Sridhar said.

“This is the mother of all markets,” he said. “It’s highly inefficient and ready to be disrupted.”

Sridhar wants to be the one to do the disrupting.

Sridhar, a University of Illinois alumnus, worked at NASA from 1994 to 2001 on a project to find ways to use electricity to create oxygen to breathe and hydrogen to power vehicles on Mars.

After leaving NASA when his mission got canceled, he decided to reverse the process and created the Bloom Box, a fuel cell power generator that can take input fuels, like ethanol, methane or natural gas, run them through a stack of fuel cells and produce electricity without burning.

The box has been dubbed “holy grail” of clean energy.

Sridhar projects that the box could be brought into every house one day, allowing families to generate their own electricity.

This could also help solve a problem that billions of people in developing countries lack access to reliable electricity.

Sridhar, a native of India, spoke about the lack of reliable, clean energy across the world.

“Access to electricity is a human right. How do you bring that access and affordability to every human on this planet?” he said.

He said it is important for people across the world to be able to control their destiny when it comes to electricity, rather than rely on flawed companies and governments.

As he often does, Sridhar avoided specific questions about his company and its technology.

Side note: Google, Yahoo, Wal-Mart and eBay, are among its customers.

Instead, Sridhar said that the strides the company has already made make him confident that fuel cells like these will become a reality.

Miscanthus: A crop for the future

Instead of rows upon rows of corn and soybeans across the Midwest, Evan DeLucia sees a future with another crop mixed in: miscanthus, a tall perennial grass that takes three years to establish but afterward could be harvested annually for biofuel production.

DeLucia, a plant biology professor at the University of Illinois, said that corn and soybeans are a net source of carbon dioxide to the atmosphere, meaning they contribute to climate change.

But different alternative crops could be used for biofuels and as a source to help counteract greenhouse gas emissions.

In recent years, a push for renewable fuels has led up to 40 percent of corn grown in Illinois to be used for ethanol production.

DeLucia said that by replacing the corn used for ethanol with miscanthus, the Midwest could become a net-negative for emissions, even with the rest of fields maintaining their current use.

“There is enormous potential there,” DeLucia said. “We’re not really displacing the food supply. That displacement has already happened.”

He said that in addition to their use as biofuels, these crops can help reverse climate change.

“The bottom line is that the land-use change associated with bioenergy crops is likely to have a strong net cooling effect on the atmosphere,” DeLucia said.

Ethanol a benefit for the future for other biofuels

David Zilberman, an economics professor at University of California Berkeley, said that the increased of ethanol from corn has been a very positive thing for the future of biofuels in the United States for a number of reasons.

First, it raised the demand for crops, which is good for farmers. It also provided a framework for how infrastructure for these new fuels could be implemented.

“It showed you that you can move form a fossil fuel to a renewable in a reasonable way,” he said.

Zilberman said that both oil companies afraid for their bottom-line and environmentalists wary of GMOs threaten progress to implementing biofuels.

Zilberman said that people have a vision of sustaining small farmers in developing countries, but “small farmers are poor ones,” he said.

For significant progress to be made in improving yields in these countries, technology must be implemented on a widespread level, which is expensive and easier to do when farming more land.

In 2050, General Motors cars will likely look a lot like the Chevrolet Volt and upcoming Bolt and many likely won’t have drivers, said Dr. Coleman Jones, GM’s Biofuel Manager.

Jones said that vehicles use about 7 percent of their fuel while idling, and that GM will likely implement a stop-start technology, where cars will automatically shut off when parked at a red light to conserve gasoline.

He said he sees driverless cars in the future, which could possibly help decrease total miles driven – the biggest measure of vehicles’ impact on the environment, no matter how efficient cars are.

“(If we want to make an impact), we need to address total miles driven,” Jones said. “There’s more people, there are more people driving and they’re driving more places.”

He said that the U.S. Department of Energy is looking at whether there are ways to improve fuels used to power engines and whether there would be effective fuels with low carbon contents.

If they determine there are, GM will be ready, he said.

“If we know these fuels are coming, we can design to it," he said.

In order for the United States to meet the goals set for itself in reducing renewable energy, more policies will have to be implemented, said Madhu Khanna, a University of Illinois agricultural economics professor.

Khanna said current policies, whether its state-led plans or the Clean Power Plan, don’t have the teeth necessary to reduce emissions to meet their goals.

Khanna praised the Clean Power Plan as “the most promising policy we have” but said it will likely only reduce greenhouse gas emissions in 2030 about 26 percent from 2005 levels; the plan’s goal is to reduce emissions 32 percent.

One problem is that current policies only address either carbon emissions or renewable energy requirements, Khanna said.

But in order to have a positive impact on the environment, there will need to be policies that do both.

New wind turbines and solar panels are being constructed every day, but in order for clean energy to be a significant force in the future, electricity storage must improve, said George Gross, a University of Illinois electrical and computer engineering professor.

Many states have future requirements for clean energy, led by Hawaii, which has pledged to use 100 percent clean energy by 2045.

Gross said in order for states to meet their renewable energy goals, storage will have to improve.

After a natural gas leak in 2013, California mandated utility companies to install a total of 1,325 gigawatts of storage by 2024, enough to provide about 2 percent of the state’s peak one-hour demand during the summer.

Gross said that there are a number of projects in the state currently working to develop better ways to store clean energy, and that in order for energy to be effectively stored, storage must get cheaper than it currently is.

Gross said that Tesla has led the pack on storage, and recently, Tesla was awarded a bid to build a battery storage facility that can store up to 80 megawatt hours of energy.

“California is a very important state, and it’s always at the forefront of development,” Gross said.