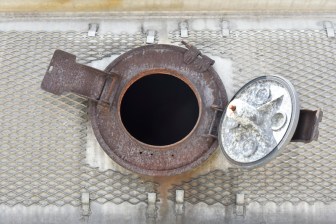 The U.S. Environmental Protection Agency oversees the fuel standard and — with consultation from the Department of Agriculture and the Department of Energy — adjusts those goals to more accurately match domestic supply and prevent economic harm.

In November, the EPA announced that it is increasing its proposed 2017 ethanol targets from 14.8 billion gallons to 15 billion gallons, the statutory maximum allowed under the RFS.

“This is critical for farmers facing difficult economic times, as well as for consumers who care about clean, affordable fuel choices, and lowering our dependence on foreign oil,” said Wesley Spurlock, president of the National Corn Growers Association, in a statement.

An ethanol spill occurs every two days on average in the Midwest, the worst of which result in contamination of water supplies, major fish kills, loss of life and millions of dollars of damage. | Continue reading...

According to farmdoc daily projections, domestic consumption of conventional ethanol is expected to reach about 14.41 billion gallons in 2017, roughly 590 million gallons less what is called for by the EPA.

Read the full report here: "The RFS and Domestic Consumption of Conventional Ethanol and Biomass-Based Diesel to 2022"