Federal food-safety agencies announced a series of recalls during the past few weeks for more than 160,000 pounds of potentially unsafe food products.

Intevation Food Group of Wisconsin issued a recall for about 157,000 pounds of frozen chicken fettuccine alfredo because of misbranding and an undeclared allergen, according to a Food Safety and Inspection Service news release. The frozen chicken fettuccine alfredo products contained egg, a known allergen, which was not clearly declared on the label.

The products were shipped to food distributors in Nebraska for further retail distribution.

The Food Safety and Inspection Service classified the fettuccine alfredo recall as a “Class I” high-health risk recall, which the agency defines as “a health hazard situation where there is a reasonable probability that the use of the product will cause serious, adverse health consequences or death.”

As of Nov. 22, health officials did not receive any reports of illnesses.

Del Monaco Specialty Foods of California issued a recall for about 5,600 pounds of Armanino brand Bolognese sauce products also because of misbranding and an undeclared allergen, according to an inspection service news release. The Bolognese sauce contained milk, which was not declared on all product labels.

“The problem was discovered by the company’s customer,” stated the news release. “FSIS and the company have received no reports of adverse reactions due to consumption of these products. Anyone concerned about a reaction should contact a health care provider.”

Del Monaco sold the Bolognese sauce for “institutional use” in solely California.

The Food Safety and Inspection Service categorized the Bolognese sauce recall a “Class I” high-health risk, as well. 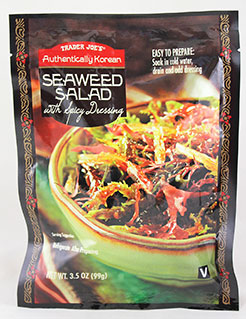 Jayone Foods of California issued a recall for all of its Trader Joe’s Dried Seaweed Salad with Spicy Dressing because it may contain undeclared traces of peanuts, another allergen, according to an FDA news release.

“People who have an allergy or severe sensitivity to peanuts run the risk of serious or life-threatening allergic reaction if they consume this product,” the news release stated.

The recalled dried seaweed salad was packaged in 3.5-ounce foil pouches and sold in the grocery aisle of Trader Joe’s stores throughout the country.

Food allergies cause about 30,000 trips to the emergency room, 2,000 hospitalizations and about 150 deaths each year in the United States, according the FDA.

In addition to the collection of recalls from undeclared allergens, the FDA also announced two recalls related to possible bacterial contaminations.

Zip International Group of New Jersey issued a recall for herring fillet in oil because the products are contaminated from Listeria monocytogenes, an organism which can cause serious and sometimes fatal infections, according to an FDA news release.

The recalled herring products, labeled Fosforel Atlantika, were shipped from Russia and sold in 400-gram plastic packaging with the expiration date of Jan. 1, 2014 in New York stores. 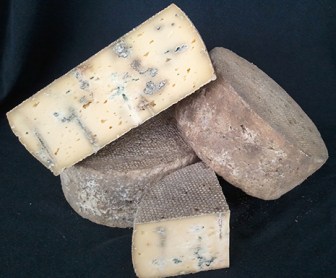 Flat Creek Farm & Dairy issued a recall for its Heavenly Blue Cheese because the product was contaminated with Salmonella enteritidis.

As of Nov. 25, there were no reported illnesses.

Flat Creek Farm & Dairy of Georgia issued a recall for about 200 pounds of its Heavenly Blue Cheese because the product was contaminated with Salmonella enteritidis, which can cause “serious and sometimes fatal infections,” according to an FDA news release. Symptoms of that particular Salmonella strain include fevers, severe headaches, vomiting, nausea and abdominal pain.

Other long-term complications can include severe arthritis.

The news release reported that more than 90 percent of the contaminated product has been collected or destroyed, and that no illnesses have been reported as of Nov. 26.